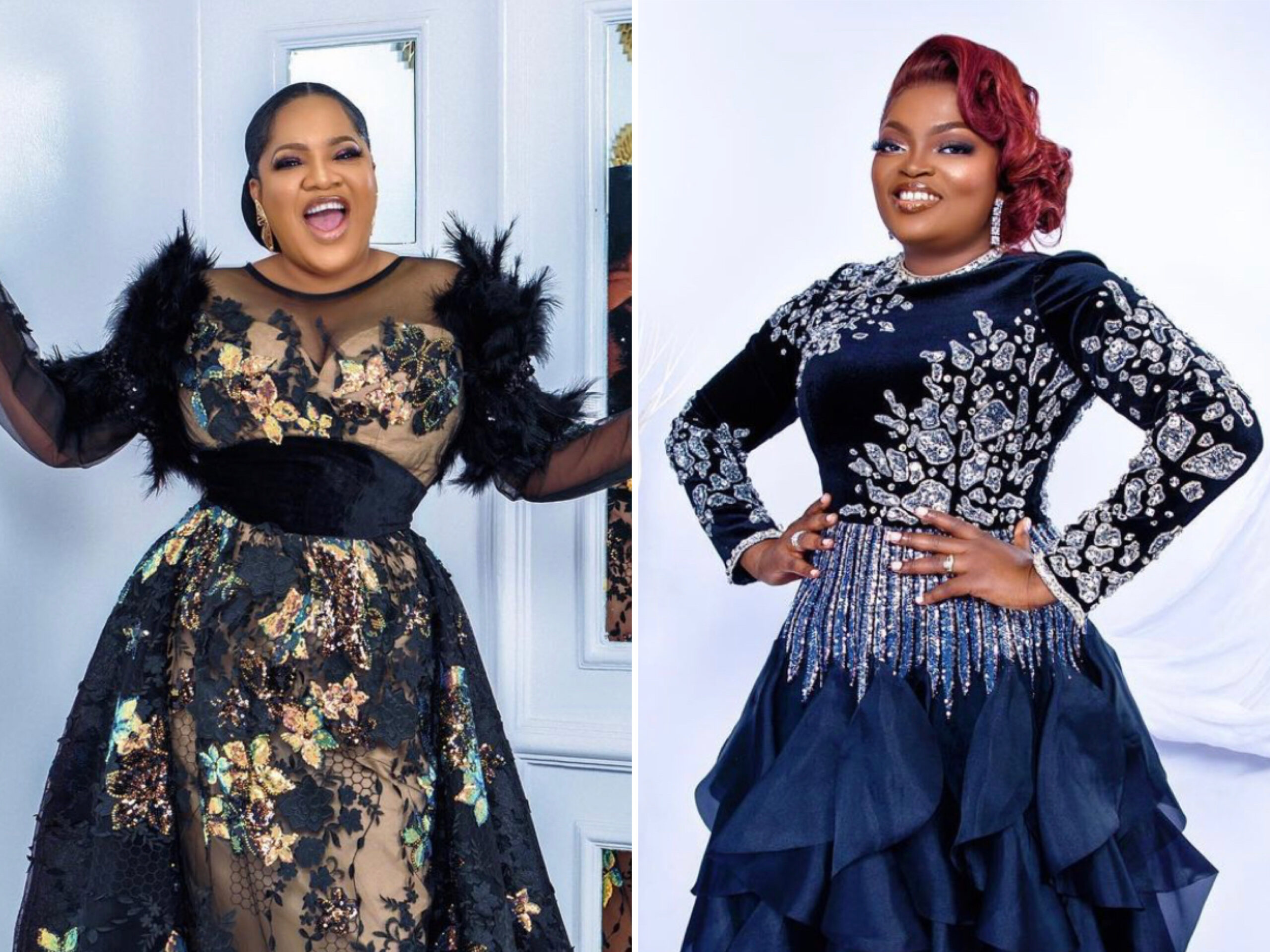 Nollywood actress, Toyin Abraham has debunked rumours of a ‘silent beef’ between her and another colleague, Funke Akindele-Bello borne out of a supremacy battle between the duo.

Toyin Abraham in a recent radio interview cleared the air, stating that Akindele-Bello is her senior colleague and she looks up to her.

During the radio interview, Abraham noted that Akindele-Bello is one of the few people in the Nigerian movie industry that she looks up to and respects a lot.

She stated that whenever she sees her in public, she kneels down to greet her as a sign of respect, saying;

She is my senior colleague and she is someone I respect a lot; so, I do not know what people are talking about, trust me. She is one of the few people I look up to. Sometimes, people do not understand that we are colleagues and not family. So, you cannot be talking to all your colleagues. We talk, we follow each other.

If I see her, I will kneel down and say, ‘Aunty Funke se wa okay,’ (meaning Aunty Funke are you okay?). A lot of people do not understand that we are working in the same space; we do not have to be close friends. When we see ourselves we greet each other. Forget social media, trust me.

The filmmaker cleared the air shortly after her friend and colleague, Iyabo Ojo, made claims that Akindele-Bello paid a movie review platform to rubbish Abraham’s recent movie, The Ghost and The Tout Too.

Watch a video of Toyin Abraham speaking about the alleged beef below;

BBNaija: Saga Breaks Down In Tears Over Nini’s Disappearance (Videos)