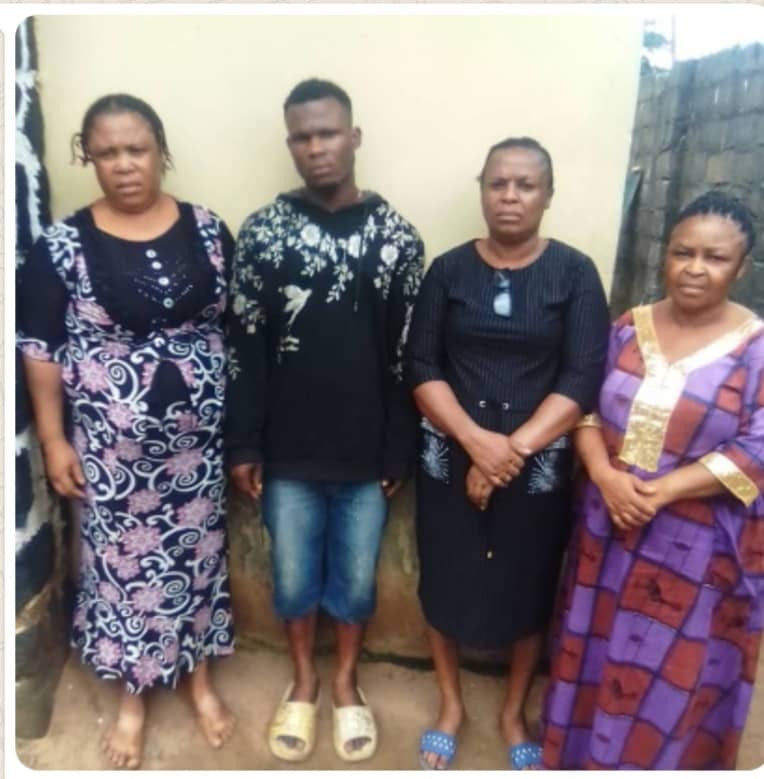 Imo state police command has uncovered a church located in an isolated area along MCC/Uratta road in Owerri north LGA of the state which was being used as a baby factory.

Michael Abattam, the command spokesman, made this known in a statement, saying on September 8 around 8:30am, the command received an intelligence report that one 18-year-old Amarachi Okechukwu Dioku of Umudurualaoka Uba Ifakala, Mbaitoli LGA of Imo state, who was reported missing on May 23, 2021, was sighted in the church.

The statement said on getting the report, Rabiu Hussaini, the state police commissioner, immediately dispatched the command’s anti-kidnapping unit who went to the church, ‘Jesus Life Assembly’.

It said Ugochi Orisakwe, the resident evangelist of the church, alongside Chidi Orisakwe, Pauline Nwagbunwanne, Elizabeth Uzoma, and Chibueze Joy, her gang members, were all arrested and taken to the station.

The victim Miss Amarachi Okechukwu Dioku was rescued unhurt with five months old pregnancy and was immediately, taken to a government hospital for treatment. She was later reunited with her parents amidst jubilation. On interrogation, Evangelist Ugochi Orisakwe “F” confessed to have been using the church as a place where young girls are kept, impregnated and after delivery, the girls are paid off and their babies sold to rich and childless clients.

The command said investigation is in progress to arrest other members of the gang who are on the run.

It warned residents of Imo to be wary of churches located in isolated areas within their localities and also warned all persons or groups who indulge in kidnapping and trafficking of children to leave the state as the command has put in a robust strategy that will lead to their arrest.

Police Arrest Pastor, Others Over Abduction Of Imo Catholic…