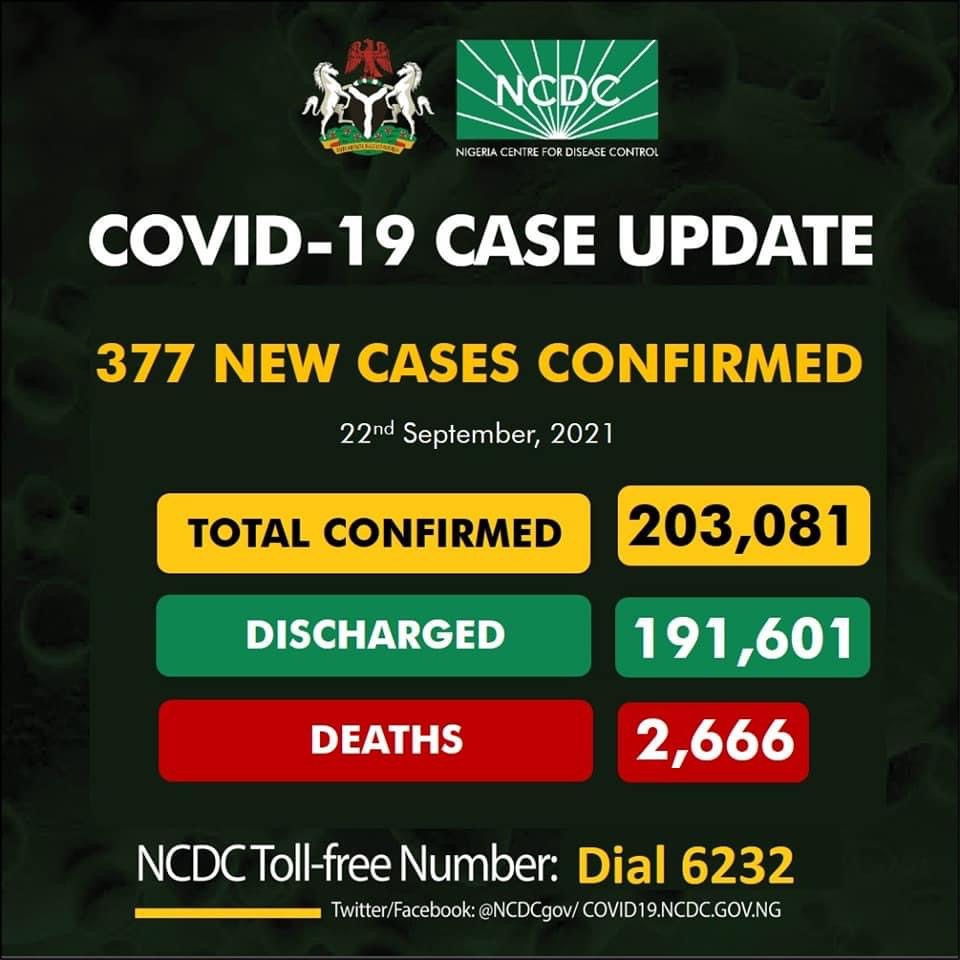 Nigeria Centre for Disease Control (NCDC) has said two persons died of complications from the coronavirus infection in the country on Wednesday.

The centre, in an update on its Facebook page late Wednesday night, added that 377 new cases were also reported across 15 states of the federation and the Federal Capital Territory.

The new statistics, NCDC noted, has raised the infection toll to 203,081 cases while the death toll now stands at 2,666.

It also noted that a total of 191,609 Nigerians have been discharged nationwide, while 8,806 are currently ill.

A breakdown of NCDC data shows that Lagos State reported 70 new cases, followed by the FCT with 67 cases, while Kaduna recorded 38 to rank third on the log.

Also, the North-central state of Benue recorded 12 cases, Ekiti in the South-west, 10 cases, Gombe in the North-east, eight cases, while Kano in the North-west recorded seven cases.

The centre added that five states– Nasarawa, Ogun, Osun and Sokoto States recorded reported that no single case was recorded on Wednesday.