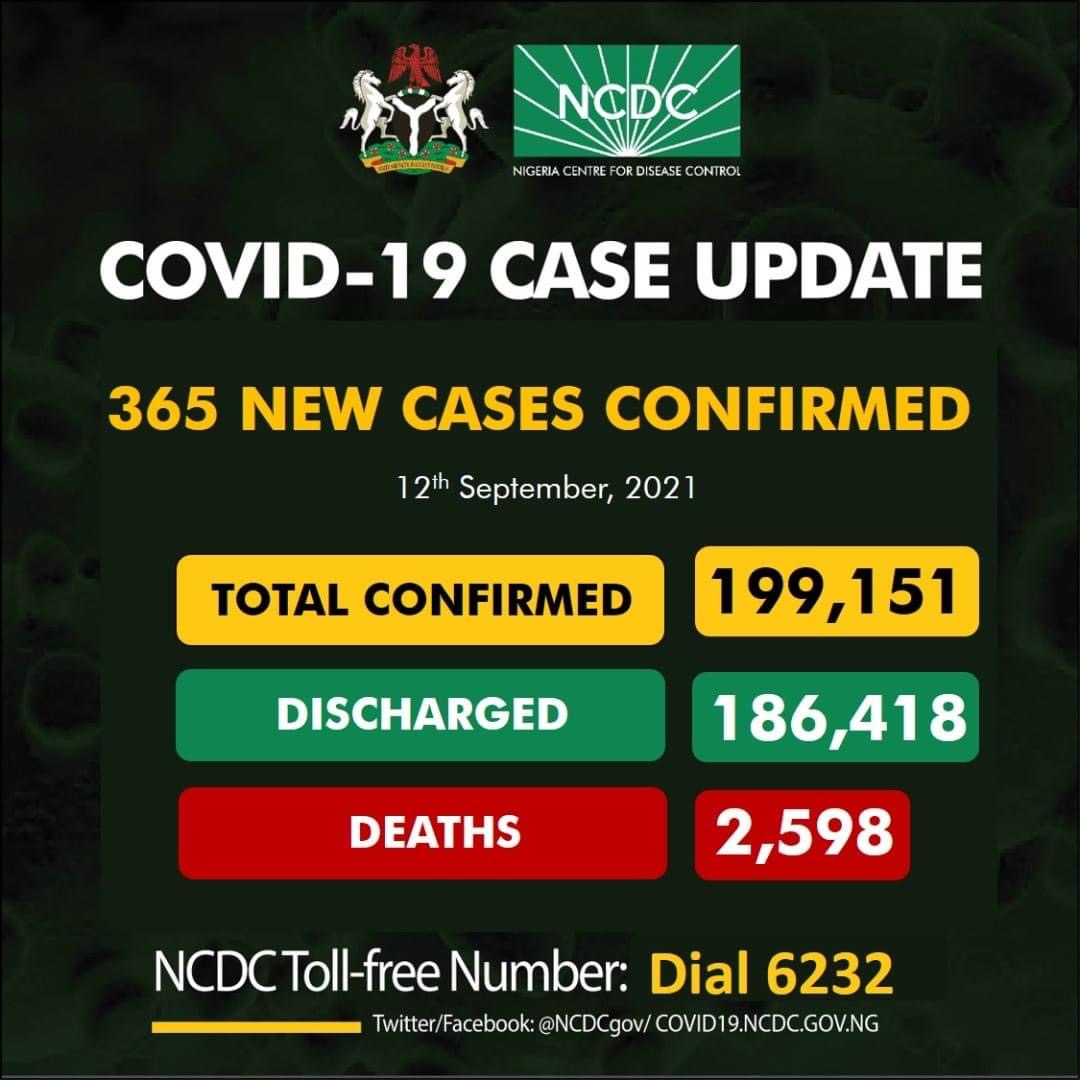 Nigeria on Sunday recorded eight additional fatalities from the coronavirus pandemic with 365 fresh cases reported across seven states and the Federal Capital Territory.

The country’s Centre for Disease Control (NCDC) disclosed this in an update shared on its Facebook page on Sunday night, saying the country’s fatality toll from the disease now stands at 2,598.

The data also indicates that the active cases in Nigeria now stands at 10,135 raising Nigeria’s total infections to 199,151.

It also added that the new death cases and figure of discharged patients, which now stands at 186,418, also included the backlog of statistics from Lagos State for September 11, 2021.

NCDC data shows that Lagos State registered the highest figure of 209 new cases on Saturday, followed by Ondo State in the South-west with 88 new cases and the FCT with 31.

Rivers State in the South-south recorded 16 cases, followed by Ebonyi in the South-east with 11 cases; Kaduna in the North-west with six cases, while Ekiti and Plateau states recorded three and one cases respectively.

Meanwhile, South Africa is expected to relax COVID-19 restrictions and shorten its nationwide curfew from Monday — following a decline in infections.

President Cyril Ramaphosa said the hours for alcohol sale introduced in June to tackle the third wave may also be eased.

“While the third wave is not yet over, we have seen a sustained decline in infections across the country over the last few weeks,” Ramaphosa said.

Also, Japan says more than 50 percent of its population has received two doses of the COVID-19 vaccine.

Yasutoshi Nishimura, economic revitalisation minister, disclosed this on Sunday, adding that the vaccination rate will get to the level of some European countries soon.

“If vaccination moves ahead at the current pace, it will surpass 60 percent by the end of this month,” Nishimura said.