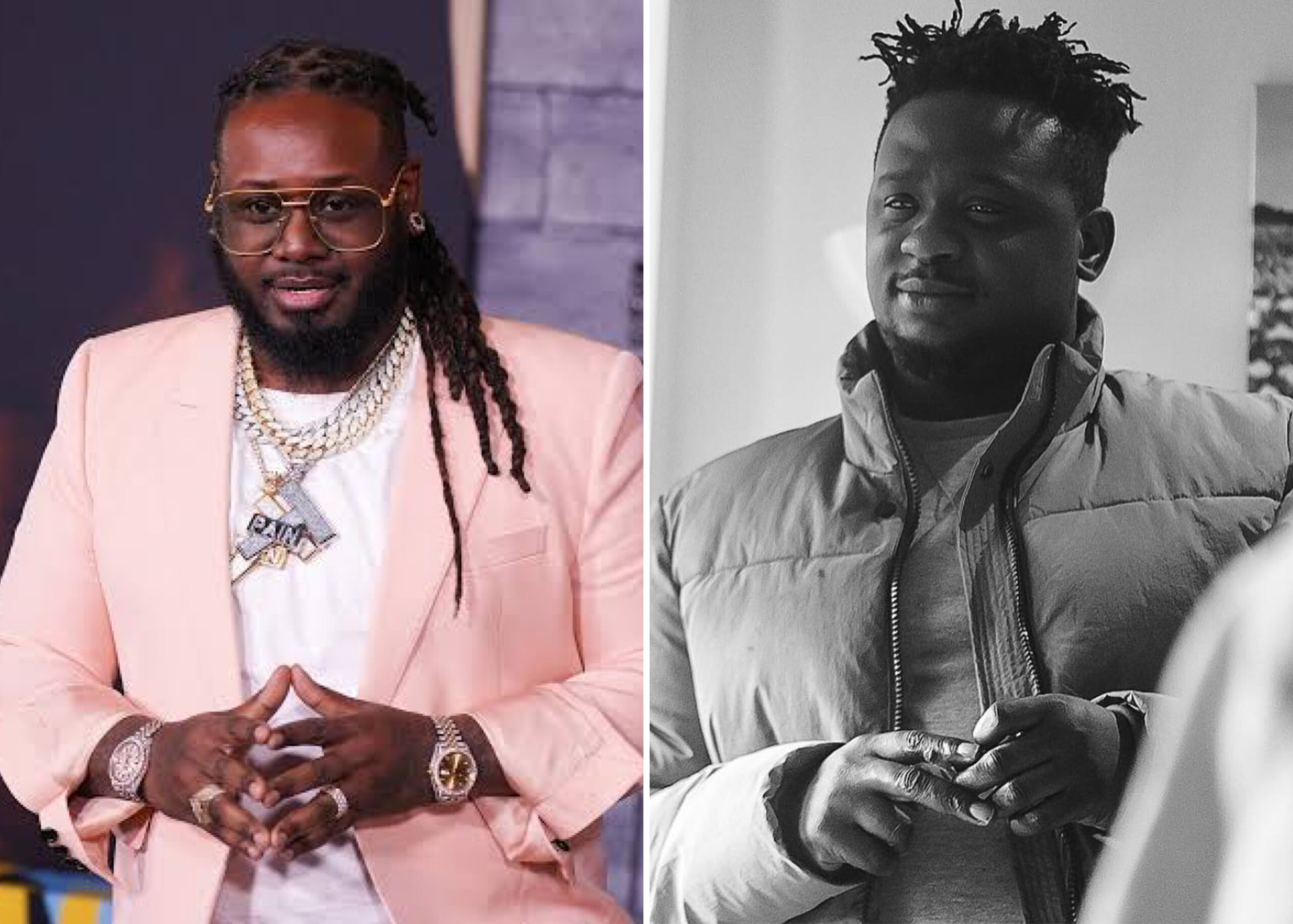 It is indeed a beautiful time for Nigerian music lovers as yet another major international collaboration is set to happen between Wande Coal and Grammy-winning US artiste, T-Pain.

In a viral live stream video, T-Pain teased his fans with a verse he made for the song ‘Streets’ that he hopes to be featured on by the Nigerian singer.

To make his dream a reality, during the live show, T-Pain called Nima Etminan, the Chief Operations Officer of EMPIRE Distribution, to which Wande Coal has had a deal since 2019, asking him to connect him directly with Wande Coal in order for them to work together.

An excited T-Pain asked to connected with the Nigerian music star after playing around with one of his unreleased records. “I did something to this man’s record that I feel he needs to know about,” T-Pain said as he urged Nima to grab a headset.

The music star went on to play the initial version of the track for Niman before playing another where he personally worked on the baseline.

At the end of the call, Nima promised to link the two artistes on instant messaging platform, WhatsApp.

Shortly after the video went viral, Wande Coal reacting to the video via his Instagram page tagged T-Pain and said; ‘Incoming’, which got fans excited. 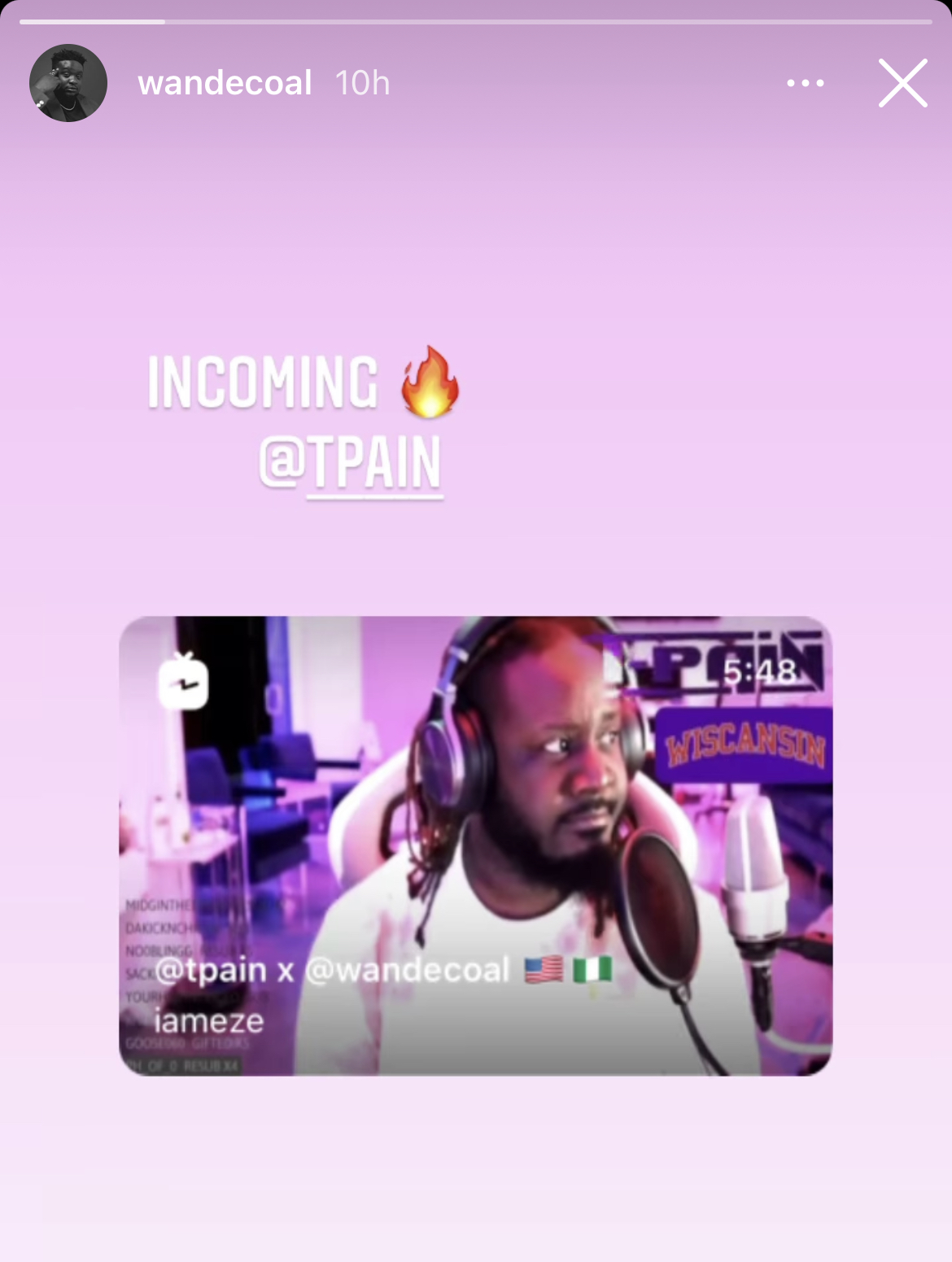 A collaboration between the duo will add T-Pain to the list of A-list international celebrities that have worked with Nigerian superstars.

In recent times, Justin Bieber collaborated with Wizkid on his Essence song while Drake featured sonorous singer, Tems, on the song ‘Fountain’ off his recently released album, Certified Lover Boy.