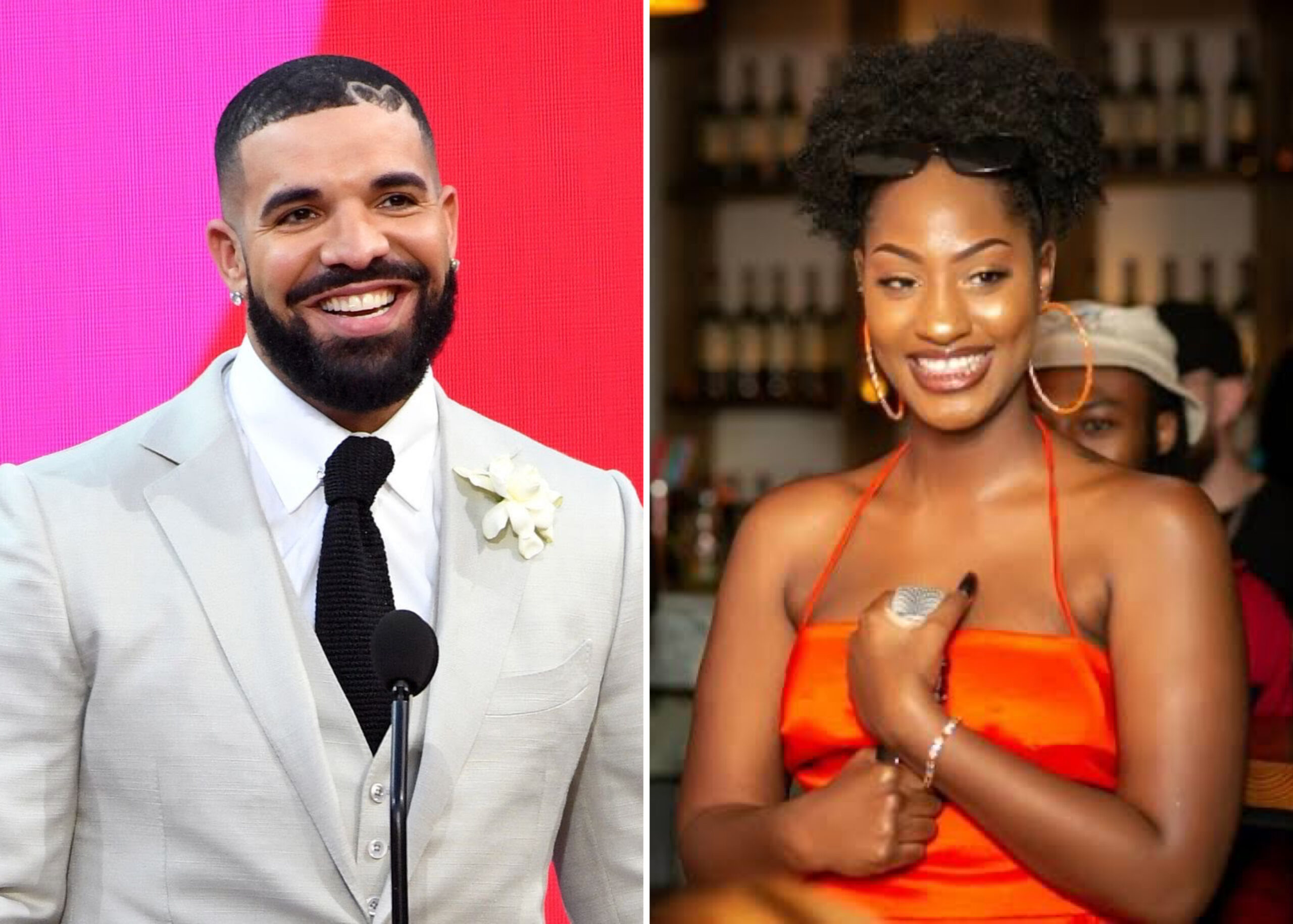 Months ago, Drake followed Tems on Instagram and now it seems that action has grown into a collaboration on Drake’s album slated to be released on Friday September 3rd, 2021.

Nigerian music streaming platform, UduX confirmed the latest development via a post on their Instagram handle on Thursday, September 2.

For the past few days, Drake has been teasing fans by revealing featured with electronic billboards across the country. 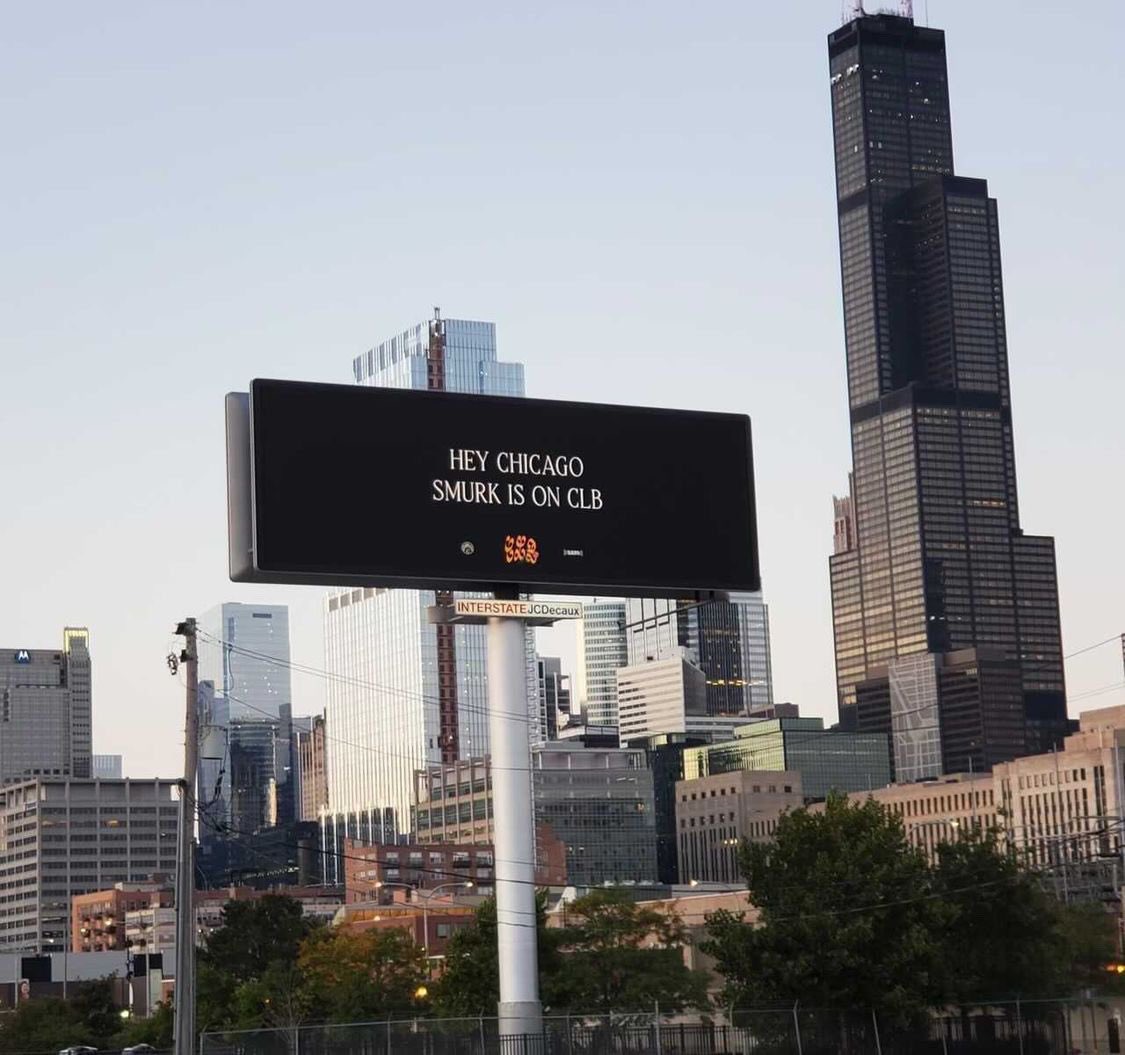 Billboards have been spotted in Chicago, Atlanta, New York, Memphis, and Los Angeles — each one alluding to different artists being on CLB. 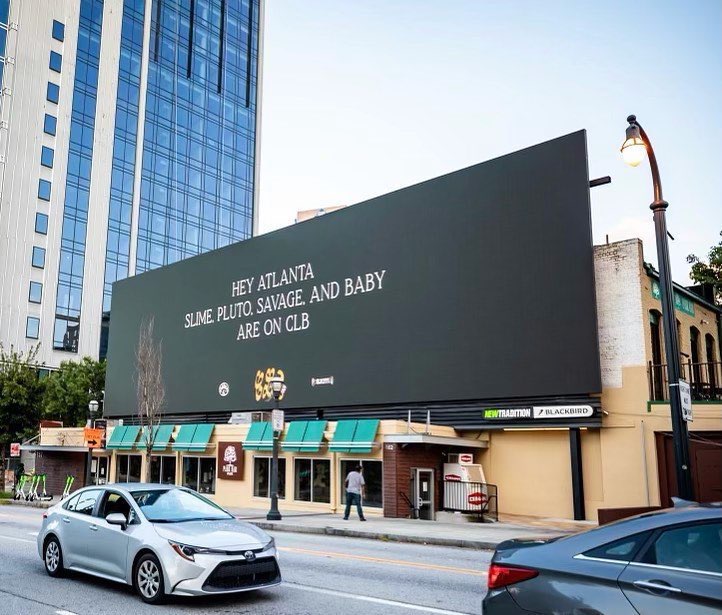 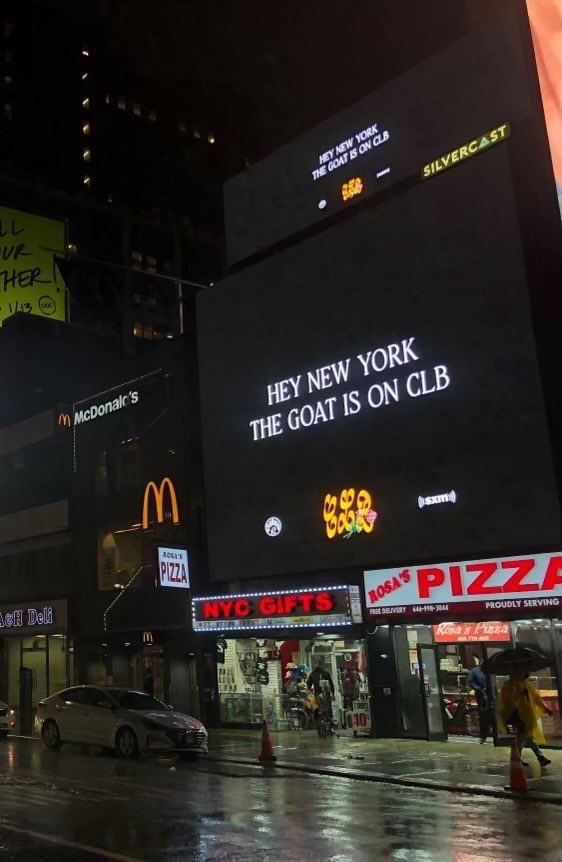 However, there was one billboard that left some fans scratching their heads. It was an New York City sign that simply read, “Hey New York, the GOAT is on CLB.” Though it’s safe to assume the “GOAT” in question is Brooklyn native Jay-Z, others wondered if Drake was hinting at a Nas feature, or perhaps one from his frequent collaborator and former Young Money label mate, Nicki Minaj.

Fans have been waiting on Drake’s 10th studio album since 2019, when he confirmed he had already started recording the follow-up to 2018’s Scorpion.

The effort was delayed several times over the past year. It was was supposed to have been released earlier in January but was delayed due to Drake’s recovery from knee surgery.

In a sudden turn of event, Drake earlier this week revealed CLB’s drop date along with its polarising cover art designed by English artist, Damien Hirst. The cover features three rows of the pregnant lady emoji in different colours combinations.

CLB will hit streaming services tomorrow, Friday. Keep it locked for more information about the project.

Meanwhile, fans of Tems have taken to social media to react to the news, with some calling it ‘The Wizkid Effect’.

They claim Tems is now recognised by international artistes following the huge success of Wizkid’s song ‘Essence’ which featured Tems.

For a fact, the 26-year-old songstress is an instrumental part of Wizkid‘s smash hit ‘Essence‘, using her unique voice and sound delivery of her verse.

Wizkid released the original version of the song, Essence, on 30th October 2020 as the 11th track from his fourth studi album ‘Made In Lagos’.

Ever since, the song tagged has been a favourite among many people around the world including celebrities as it continues to smash records.

The song which has been been tagged ‘the song of the summer’ by Canadian superstar singer, Justin Beiber, later featured the artist on a remix.

Tems is on drake’s album? Follow who know road o

Tems is having a super amazing year – from being on the ‘Song of the summer’ – Essence with Wizkid to being on Drake ‘s album Certified Lover Boy #CLB . She follow who sabi road & she don gooooo! International Tems!

Tems on Drake’s album? Wow this is huge

Tems has passed the next rated category, I mean she has more listeners than some of your goats fgs

Now, Tems and Drake would do something.
Wizkid, well done jor.

Wizkid gave Tems exposure at the right time, now she’s on Drake’s upcoming album. I hope she will milk the goodness that comes with “Eseence” more tho, because she’s now internationally known.

Tems indeed have got some raw talent, Wizkid and Drake Noticed That ASAP.! ️❤️.pic.twitter.com/Fb7RhM570H

Drake understudying what wiz did with Tems on Essence. Would Wizkid ever stop helping champagne papi? pic.twitter.com/MKZ0pVNUUZ

Tems was featured on Essence and it went on to be Nigeria’s biggest Song ever! now she’s about to get another feature with Drake making her the second Nigerian artiste to be on a song with drake, The first was Wizkid .

King and Queen of Afrobeat for a reason.

Breaking: Instagram Crashes As Users Around The World Complain