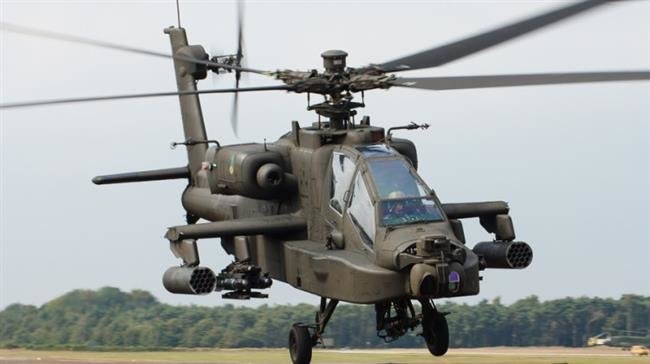 Nigerian military has refuted reports that its chopper shot at a passenger boat along Port Harcourt-Bonny waterway in Rivers State last week Thursday.

In a statement on Monday, the spokesman for the DHQ, Major General Benjamin Olufemi Sawyerr said operatives of the force did not shoot at “any cargo boat conveying people and food stuff from Port Harcourt to Bonny”.

At least one person is reportedly in a critical condition after an helicopter shot at a passenger boat along Port Harcourt – Bonny waterway in Rivers State on Thursday night.

An eyewitness told Channels Television that the wooden boat was ferrying traders and their goods from Port Harcourt to Bonny when it was targeted by the unidentified helicopter.

He said many were injured, but one person is reported to be in a critical situation after sustaining an injury which is believed to have affected his spinal cord.

On the possible motive of the attack, the eyewitness who is a boat driver at the Bonny jetty in Port Harcourt, said the helicopter which he thinks was on surveillance duty, may have suspected the boat to be conveying illegally refined petroleum products, which is a common business in the area.

Speaking about the incident, Major Sawyerr said contrary to the report, the Air Component of Joint Task Force Operation DELTA SAFE (OPDS) received reports from ground troops who were on clearance operations but encountered resistance at the point of encounter.

On receiving the report a combat helicopter was dispatched to provide close air support mission along the Cawthorne Channel. The helicopter encountered an illegal oil bunkerers’ boat popularly called ‘Cotonou Boat’. The boat which was being escorted by 2 speedboats was suspected to be carrying illegally refined oil products in large drums along the Channel in the direction of OPDS patrol boats.

On sighting the boat, warning shots were fired to dissuade the crew from hostile action. The crew fired back at the helicopter and the boat was engaged accordingly. The 2 speedboats detached from the convoy at high speed leaving the ‘Cotonou Boat’ which was neutralized.

He further disclosed that the helicopter later went after the 2 speedboats but was unable to track it, stressing;

The suspects are still at large and a manhunt has been sent out to apprehend them.

According to him, the military remains a professional institution that operates in line with best practices through the application of rule of engagement and code of conduct.

The Major in the communique stressed;

It is also positioned to protect the populace rather than victimising them. Efforts by anyone to protect criminality by disparaging the actions of the Military in preventing economic sabotage and other sundry crimes need to be condemned by all.

He on behalf of the military urged the general public to disregard any report at variance to what had been detailed.

Citizens were also enjoined to continue providing accurate information to troops that will lead to the attainment of the military’s operational mandate of safeguarding lives, properties as well as government assets in the South-south region.

Nigerian Military Accused Of Carrying Out Air Strikes In…