‘I’m Trying To Get Joe Biden On The Phone’: Man Threatens To Blow Up US Capitol Hill 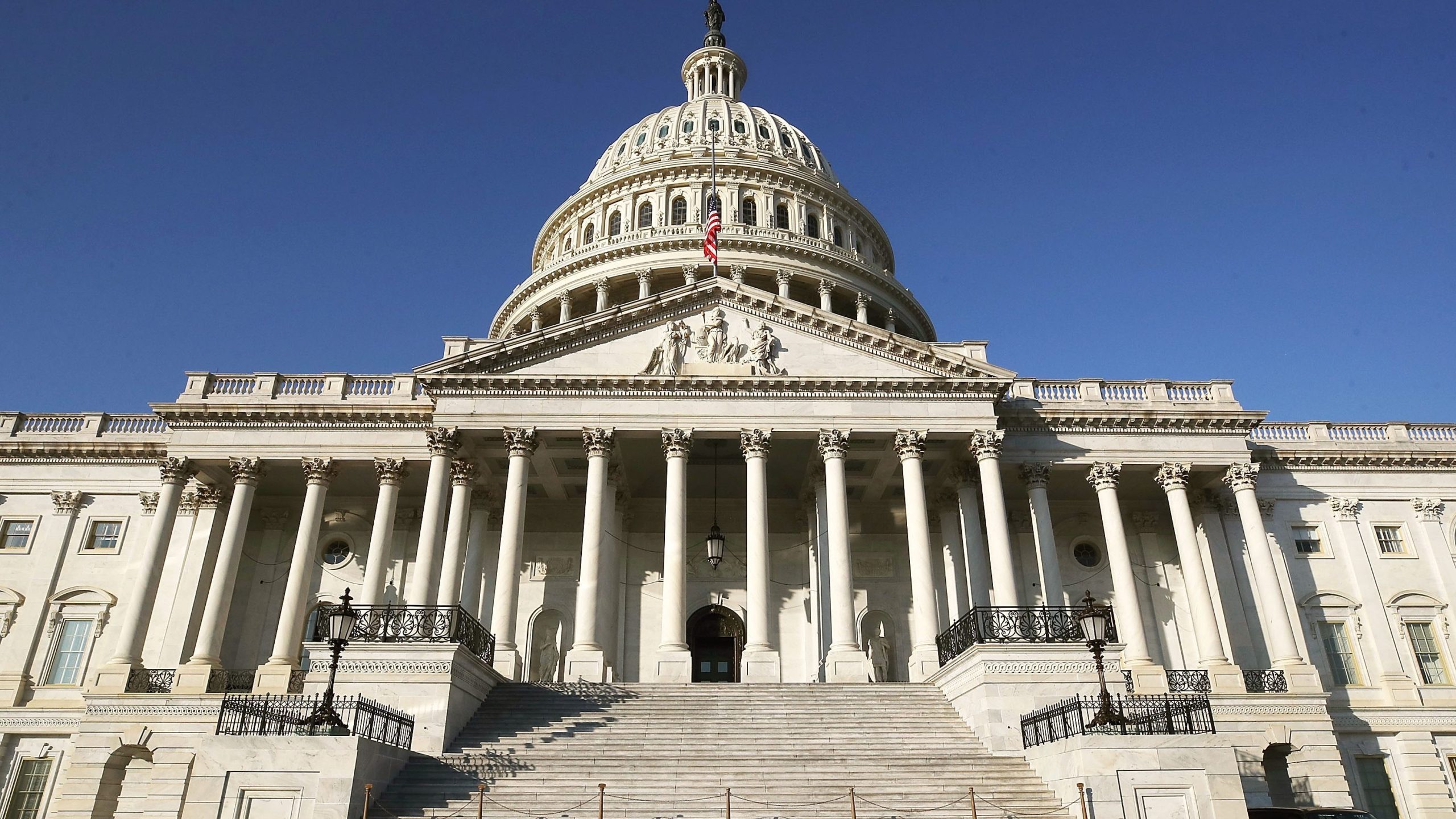 Several buildings on Capitol Hill were evacuated in a bomb scare on Thursday, as police negotiated with a man in a pickup truck threatening to detonate explosives near the site — targeted months ago in a deadly insurrection.

Much of the complex was cordoned off as police and FBI agents investigated the truck — which was driven onto the sidewalk near the Capitol building and Library of Congress — for possible explosives.

“This is an active bomb threat investigation,” the US Capitol Police said on its Twitter feed.

A man appearing to be the suspect took to Facebook Live to stream a series of threats — and asking to speak to President Joe Biden.

“I’m trying to get Joe Biden on the phone. I’m parked up here on the sidewalk right beside all this pretty stuff,” said the man, identified on the Facebook page as Ray Roseberry.

I’m telling you, them snipers come in, they start shooting this window out, this bomb’s going off.

Police said the suspect man drove the pickup truck onto the sidewalk before making his threats.

“The driver of the truck told the responding officer on the scene that he had a bomb and what appeared, the officer said, appeared to be a detonator in the man’s hand,” Capitol Police Chief Thomas Manger told reporters.

An evacuation of nearby buildings was ordered, and law enforcement and Federal Bureau of Investigation were in negotiations with the man.

“We are in communication with the suspect,” Manger told reporters.

“We’re trying to get as much information as we can to find a way to peacefully resolve this. We don’t know what his motives are,” the police chief added, while declining to identify the suspect or provide details about him.

While it remained unclear whether the vehicle contains actual explosives, the Library of Congress’s main buildings were evacuated amid the scare, as was the nearby US Supreme Court and at least one of the three House office buildings.

The nearby Republican National Committee headquarters was also reportedly evacuated and the Washington Metro’s Capitol Hill subway station closed as a precaution.

A White House official said staff in the executive mansion where monitoring the situation and receiving updates from law enforcement.

Both the Senate and House of Representatives are currently on recess, but some lawmakers have remained in Washington and staffers are working in the complex.

My staff and our building near the vehicle have been safely evacuated but please keep the Capitol Police, FBI, and (Washington police) in your prayers as they address this serious threat.

While congressman Dean Phillips said everyone in his office was safe, he noted that “once again, America is forced to confront the growing risk posed by domestic terrorists.”

Tensions have remained high on Capitol Hill more than seven months after the deadly January 6 insurrection, when supporters of then-president Donald Trump stormed the US Capitol, fought with police, and sought to block certification of the presidential election.

In April a man rammed a car into barriers at the US Capitol, killing one Capitol Police officer before the attacker was shot and killed.

January uprising prompted authorities to erect a ring of steel in the form of tall metal fencing and razor wire around the Capitol complex.

The fencing — one of the last physical reminders of the attack — only came down in July.