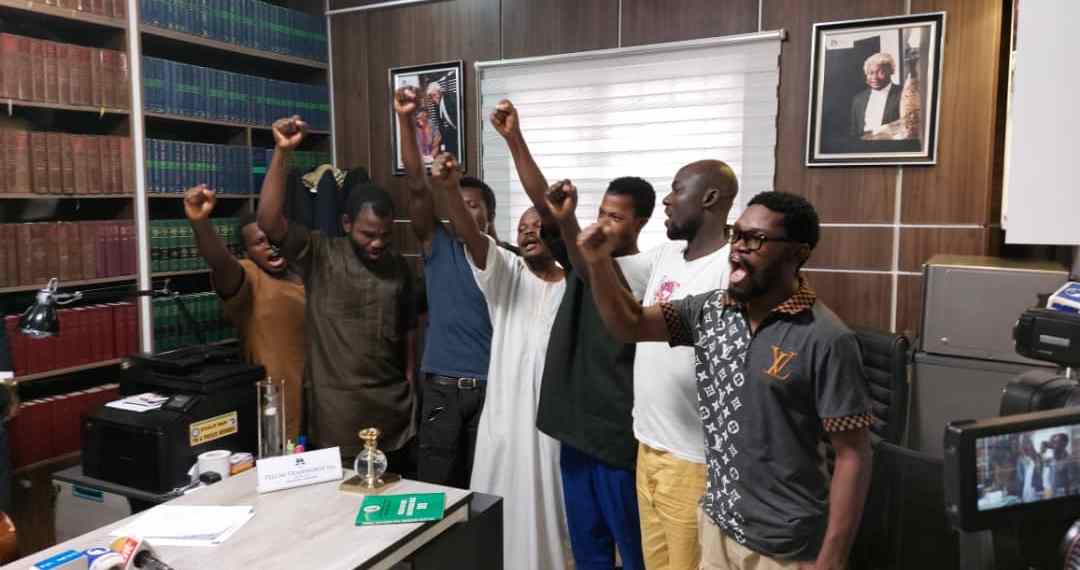 Lawyer to the detainees, Pelumi Olajengbesi, confirmed their release on Monday at a press conference in Abuja.

The detained persons have been in the custody of the security agency 61 days after they were arrested by security operatives in early July.

DSS, however, refused to release the remaining four persons, contrary to an order of the court that granted bail to the entire 12 aides of the Yoruba Nation agitator in the custody of the agency.

Those held back by the security agency include Amudat Babatunde, Abideen Shittu, Jamiu Oyetunji, and Bamidele Sunday.

While briefing reporters on the development, Olajengbesi insisted that all his clients must be released in accordance with the order of the court, having fulfilled all the requirements for their bail.

He also asked DSS to give account for the two associates of Sunday Igboho who were killed on July 1 during the raid of the Yoruba Nation agitator’s house in Ibadan, Oyo State.

It would be recalled that there was tension in the Soka area of Ibadan on July 1 as a result of the early-morning firefight at Igboho’s house.

Hours after the incident, DSS issued a statement in which it said it was a raid by a joint team of security operatives.

It alleged that Igboho and others had plotted to wage a violent insurrection against the Nigerian State, calling on the Yoruba Nation agitator to turn himself in to the nearest security agency.

DSS had also confirmed the arrest of 13 persons, but 12 of them were paraded at its office in Abuja.

Thereafter, the paraded suspects filed an application through their lawyer, Olajengbesi, in which they asked the Federal High Court in Abuja to inquire into the circumstances that led to their arrest and detention.

Olajengbesi had also prayed the court to admit his clients to bail, a request that was granted by Justice Obiora Egwuatu on August 4.

Last Tuesday, the court struck out a suit filed by DSS seeking to further detain four of the 12 aides of Igboho, following the dramatic withdrawal by counsel to the security agency, Mr Idowu Awo.

Despite the withdrawal, the DSS has only released eight of the 12 detained persons.