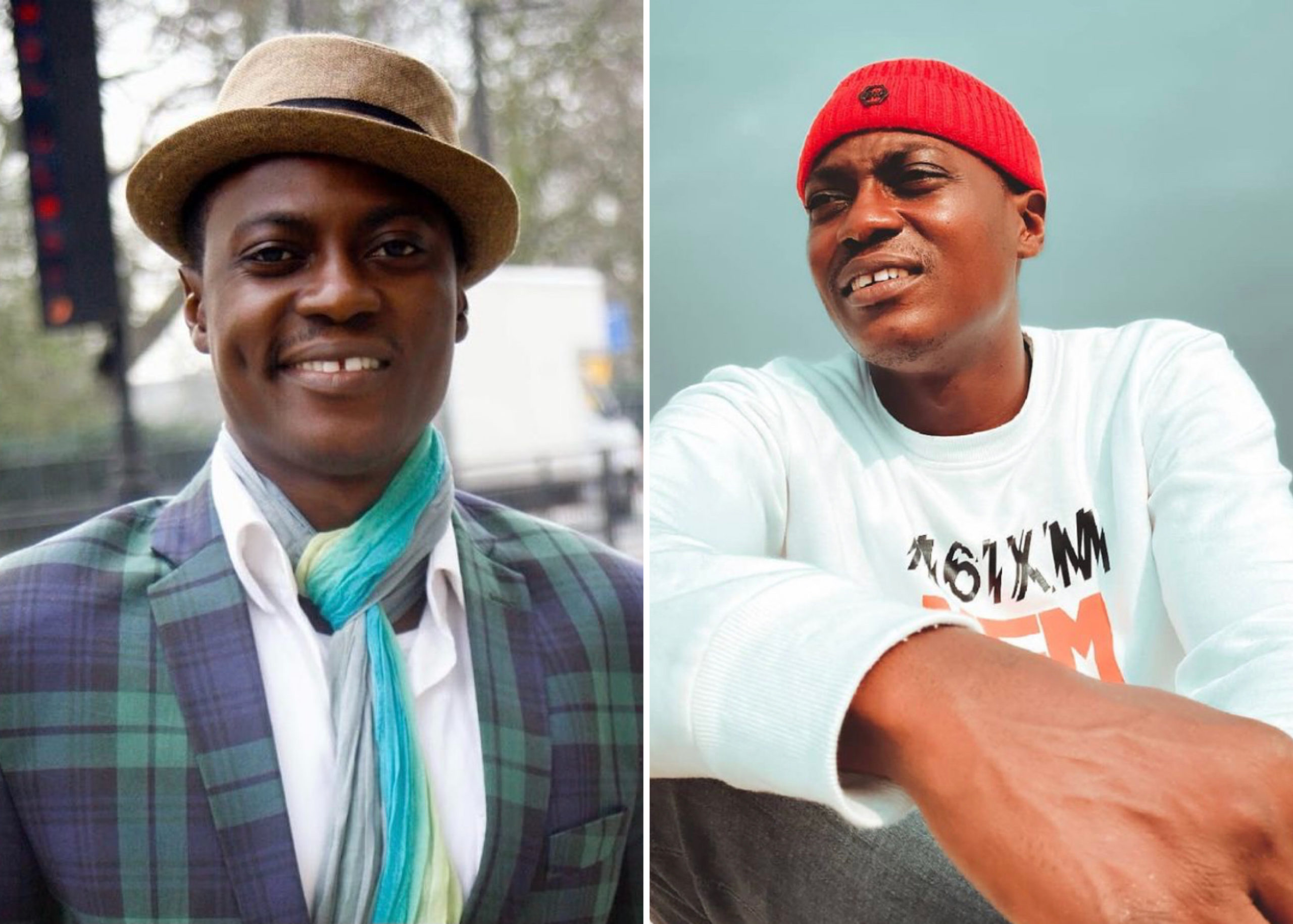 One of the pacesetters of modern hip hop music in Nigeria, Olanrewaju Fasasi better known as Sound Sultan, has on Sunday, July 11 passed away at 44.

Sound Sultan’s death was announced through a statement released by his family, saying that he passed away after a ‘hard fought battle with angioimmunoblastic t-cell lymphoma’ 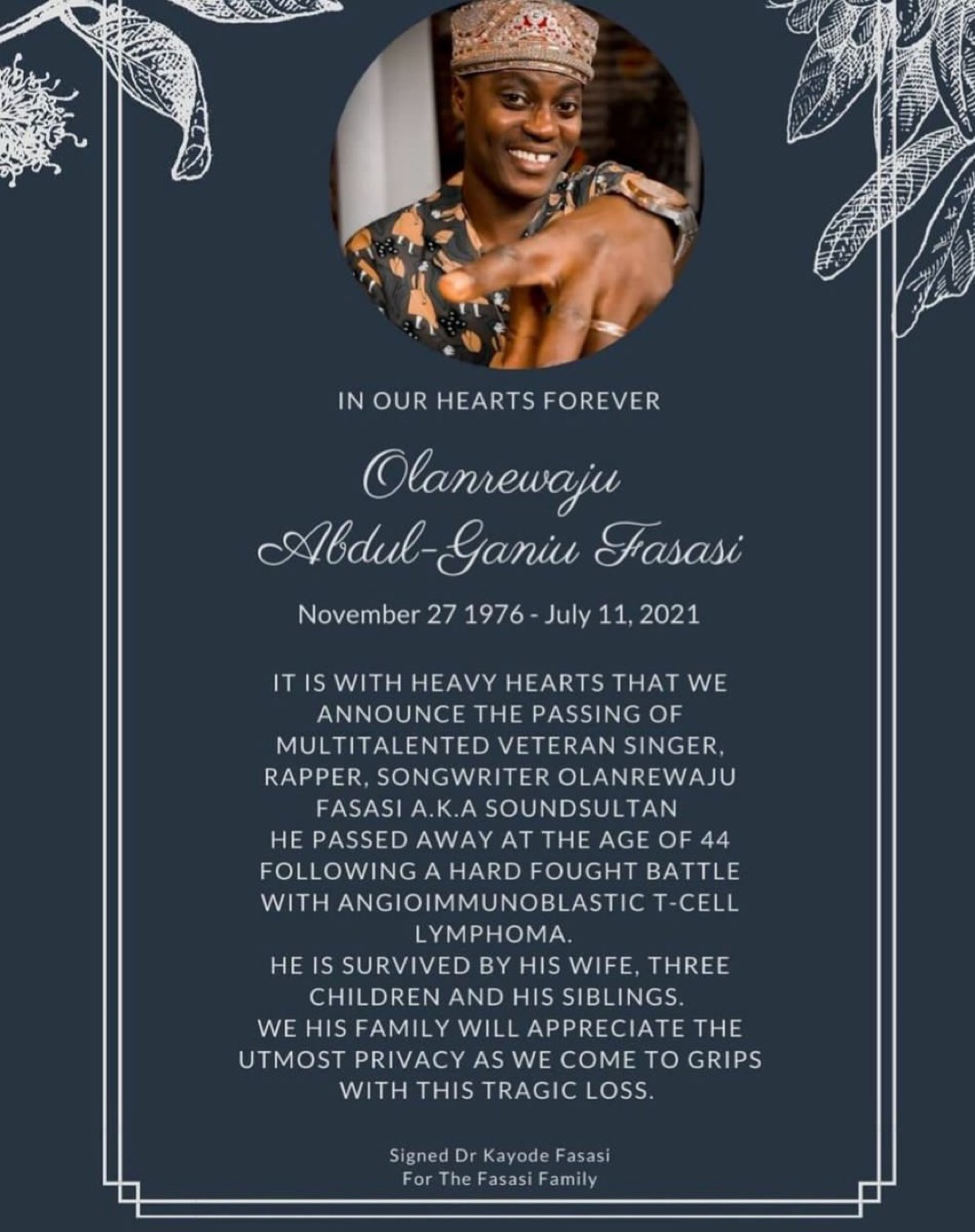 Angioimmunoblastic T-cell lymphoma (AITL) is a rare form of non-Hodgkin lymphoma, which is a group of related malignancies (cancers) that affect the lymphatic system (lymphomas).

Lymphomas are cancer of white blood cells (lymphocytes) and can be divided depending on the type of cells, B-lymphocytes (B-cells) or T-lymphocytes (T-cells), AITL is a T-cell lymphoma.

Sound Sultan’s death comes few months after it was reported that he was diagnosed of throat cancer and was receiving chemotherapy.

However, his older brother, who is also a veteran singer, Dare Fasasi better known as Baba Dee, debunked the report but confirmed the illness of his younger brother.

In 1991, the rapper had taken an interest in music, miming at school parties and writing his own lyrics.

He attributes his early influence to Baba Dee who studied theatre arts, and received most of his early stage experience through his older brother.

The singer started learning how to play the guitar after his secondary school education and was in a band by 1999.

By that year, he had won numerous local talent-hunt shows. He released his first single “Jagbajantis” in 2000, which he is widely known for in Nigeria. After independently releasing other singles and featuring in hit songs of other artists, he was signed by Kennis Music.

Under Kennis Music, he released four albums. By 2007, his contract with the label expired and he partnered with Baba Dee to start Naija Ninjas, a parent organization for a record label, production outfit and clothing line.

After starting as a rapper, he has worked in different musical genres from R&B to Afrobeat, soul and Nigerian Fuji music.

Under Naija Ninjas, he released Back From The Future (2010) and signed artists such as Karma Da Rapper, Young GreyC, Shawn and Blacka.

Sound Sultan began a working relationship with Wyclef Jean when featured alongside 2face Idibia and Faze on “Proud to be African” from Wyclef’s Welcome to Haiti: Creole 101 album. They have collaborated on two other projects: “King of My Country” (2009) and “People Bad” (2012).

In 2012, he became a United Nations Ambassador for Peace for his exemplary lifestyle and career.

In 2015, Sound Sultan released the rap single “Remember” after a long hiatus from Nigeria music scene.

Sound Sultan also had a career in basketball. After a fallout with African Basketball League, Sound Sultan joined forces with the organizers of Continental Basketball League to become a team owner of Lagos City Stars (2017 champions) and a facilitator of the league entertainment.

He is survived by his wife, Chichi Morah, now known as Farida Fasasi, who he married in 2009, their three children and other family members. 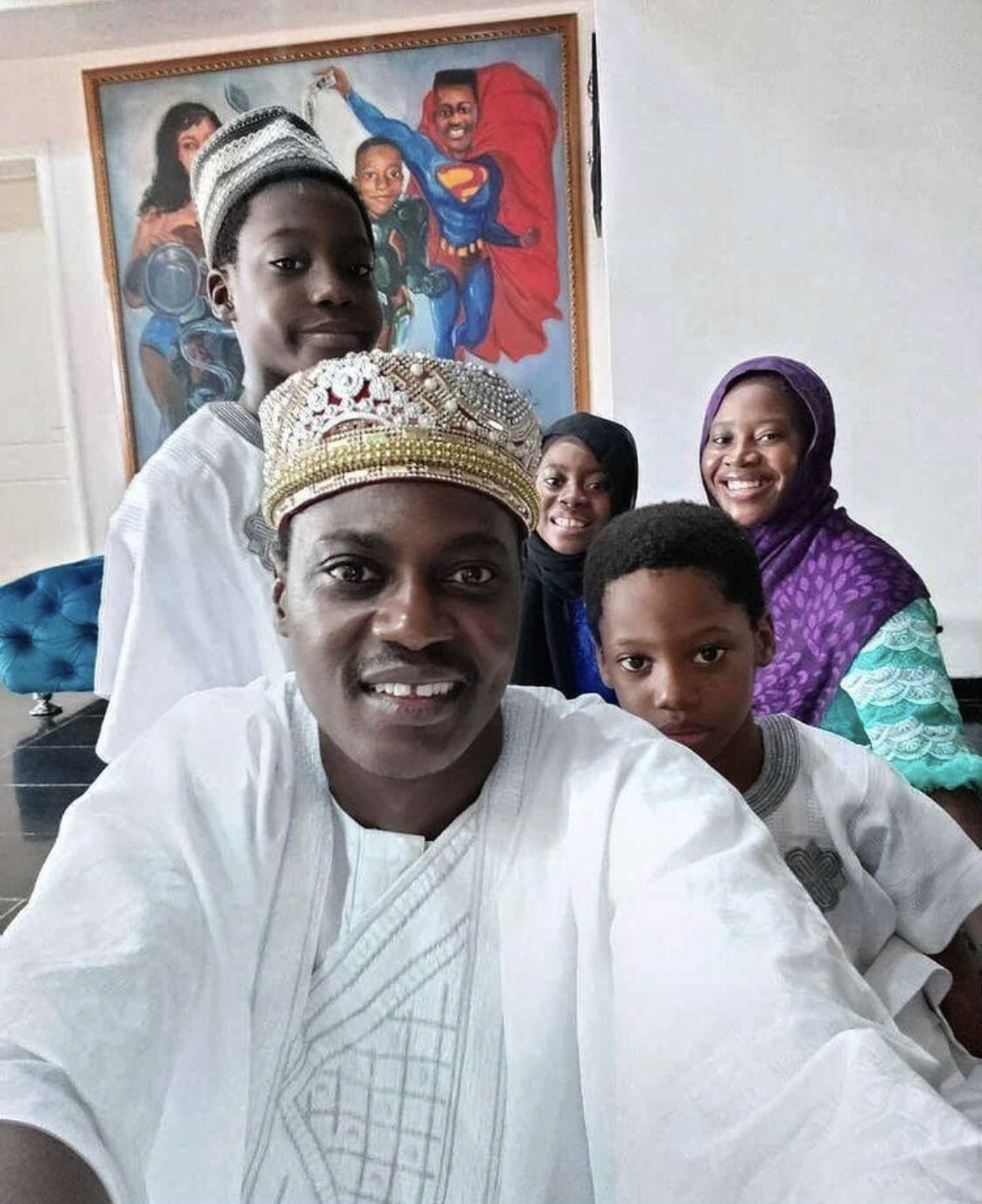 Breakthrough: Cancer ‘Disappears’ In Every Patient During…