Former beauty queen, Ifejoku Uzor Pamela who recently accused Ned Nwoko, billionaire businessman of sponsoring the illegal detention of her father in prison, has announced that he has been released.

It would be recalled that Nwoko made headlines few weeks ago when the young lady took to social media to accuse him of illegally detaining her father, Okey Ifejoku over some hectares of land.

According to the lady via her Twitter handle, @pa_melanin and hashtag #FreeOkeyIfejoku, she alleged that her father was arrested in 2017 on the order of the former House of Representatives member.

She alleged that Ifejoku, who is the elected President-General of Idumeje Ugboko Development Union, was arrested by Delta State Police Command.

The lady said The former lawmaker accused her father of sponsoring the indigenes of Aniocha North Local Government Area to protest against him and kick against his bid to forcefully acquire additional 90 hectares of land from an area earmarked for all indigenes of the community.

She then called on Nigerians to help demand freedom for her father, accusing Nwoko and the police of malicious destruction of property, disobedience to the order of the court, assault occasioning harm, abuse of public office, unlawful arrest, false imprisonment and conduct likely to cause a breach of peace. 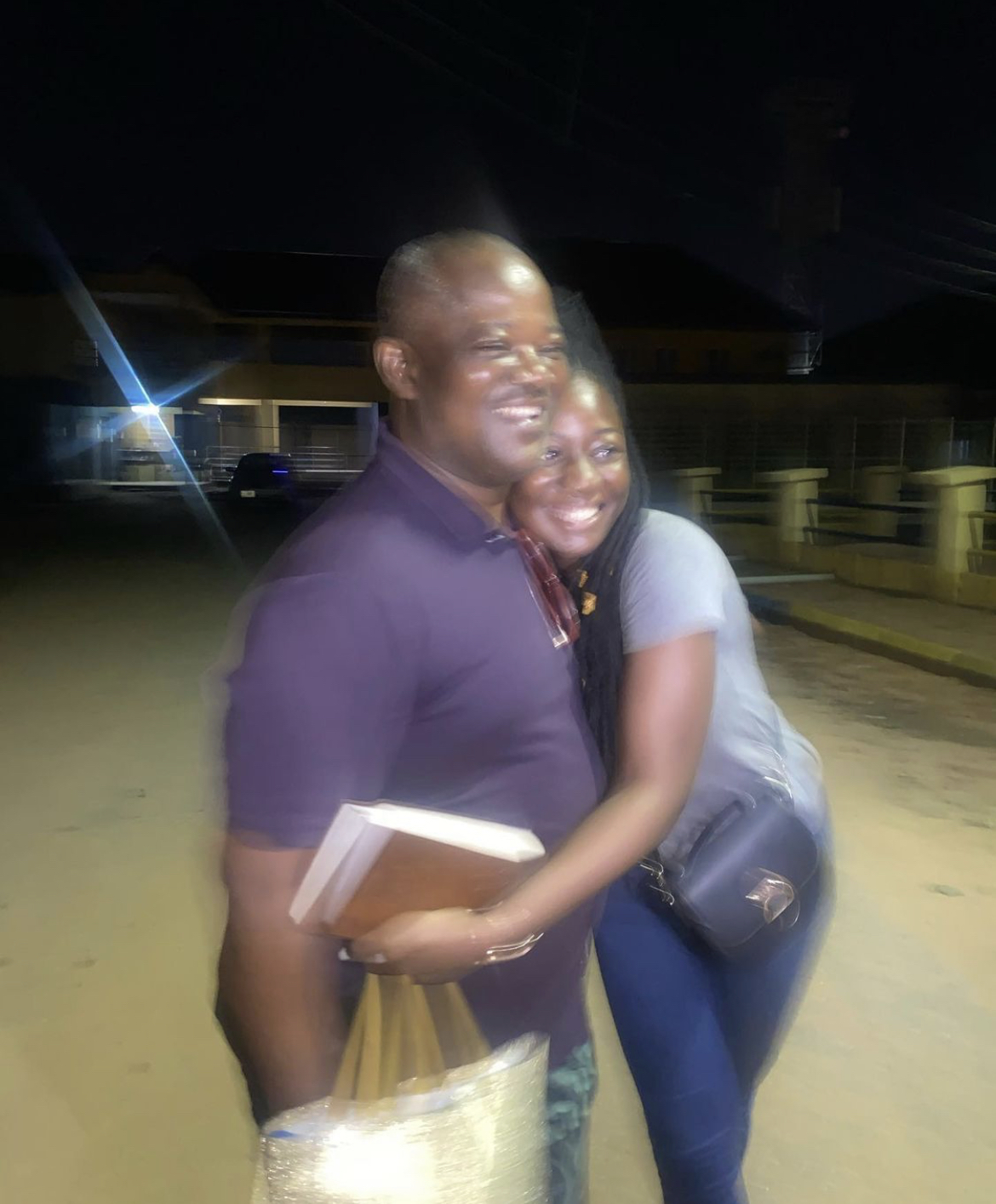 Giving an update on the case on Wednesday, June 9 via her Instagram page, Pamela revealed that her father has been released, saying;

Y’all!!!!!!!!!!!!
Finallyyyyyyyyyy oooo! Daddy’s out!
I’m short of words right now
Thank God!!!
Thank you all!!
When light shines upon darkness, the truth shall prevail!!