Customs Confirm Killing Of Three Of Its Personnel In Rivers 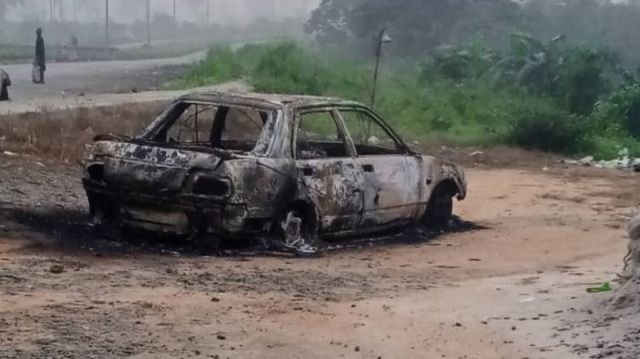 Nigeria Customs Service (NCS) has on Sunday confirmed that three of its personnel were killed by gunmen in Rivers State.

Spokesperson for Zone C, Custom’s Federal Operations Unit, Jerry Atta said the officers were attacked by armed men on Saturday night April, 24, at a patrol base in Isiokpo – headquarters of Ikwerre Local Government Area of the state.

He added that after killing the security operatives, the gunmen went away with an Ak-47 rifle and two Toyota Hilux vans belonging to the service.

Atta blamed the killing of the security operatives on armed smugglers whose businesses have been frustrated by the customs in recent times.

He said a thorough investigation would be carried out to unravel the circumstances that led to the attack and to unravel the motive of the assailants.

Although police authorities in the state have confirmed the attack, they didn’t state whether any of their personnel was killed.

“We have launched a full-scale investigation into the dastardly attack with a view to arresting the perpetrators and bringing them to justice,” Commissioner of Police in Rivers, Eboka Friday, said in a statement by Police Public Relations Officer in Rivers, Nnamdi Omoni.

He noted that calm has been restored in the area, with reinforced and increased joint patrols in Ikwerre and other areas in the state by the security agencies.