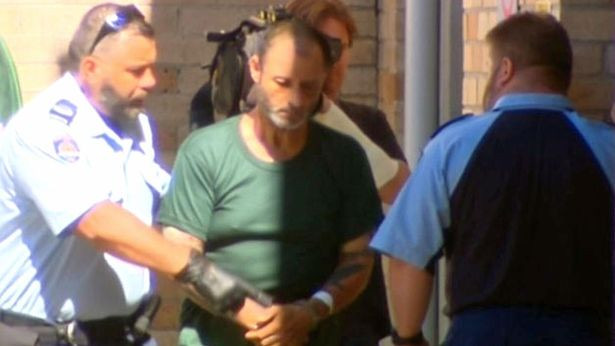 A 57-year-old paedophile who brutally raped a seven-year-old girl inside a public toilet at her dance school has died in jail of liver cancer.

Anthony Sampieri dragged the little girl at knife point into a men’s toilet cubicle at the school in suburban Sydney, Australia, in November 2018 and sexually abused her for 40 minutes.

Following the incident, he was jailed for life and had been suffering from terminal liver cancer at the time.

Sampieri has now died in an isolation unit at Long Bay Prison Hospital, where he was receiving treatment for the cancer. He had been given just a 60 per cent chance of surviving the next five years.

While it has not been confirmed how he died 9News reports that the inmate of Long Bay Prison died at 8.30pm on Sunday.

Sampieri was the first paedophile in Australia to be jailed for life for sexually assaulting a child, setting a precedent for future cases.

The self-confessed crystal meth addict threatened to cut the young girl’s throat if she made any noise during the attack at the dance studio.

Methamphetamine is a highly addictive, illegal stimulant drug that has a long-lasting euphoric effect. Known informally as meth, ice, or glass, it resembles shiny “rocks” or fragments of glass of varying sizes. It is known more formally as crystal methamphetamine.

He wrapped a cord around her neck, bound her hands with a cord from her shorts and stuffed toilet paper in her mouth so she couldn’t call for help.

The pedophile was tackled to the floor by a mechanic Nicola Gilio, who was helping the girl’s mum search for her.

Sampieri was on parole at the time of the incident for also raping a 60-year-old woman at her home in Wollongong in 2012.

In the months before the shocking assault, Sampieri made 94 sexually explicit calls to various women including a 71-year-old community choir treasurer, a chaplain and 20 real estate agents.

Sampieri in June last year pleaded guilty to 10 charges related to the dance hall attack including three counts of sexual intercourse with a child under 10.

He also admitted to charges related to sexually explicit and harassing phone calls he made to women in the months before.

In a previous court appearance, Sampieri admitted he had repeatedly ingested crystal meth in nearby public toilets before the attack.

He said he was in such a state of sexual excitement by the time he was in the dance studio facilities, he would have attacked anyone who had walked in.

During sentencing, Judge Paul Conlon expressed that Sampieri showed a “complete lack of empathy for the child“.

The judge said the attack could “only be described as any parent’s worst nightmare”.