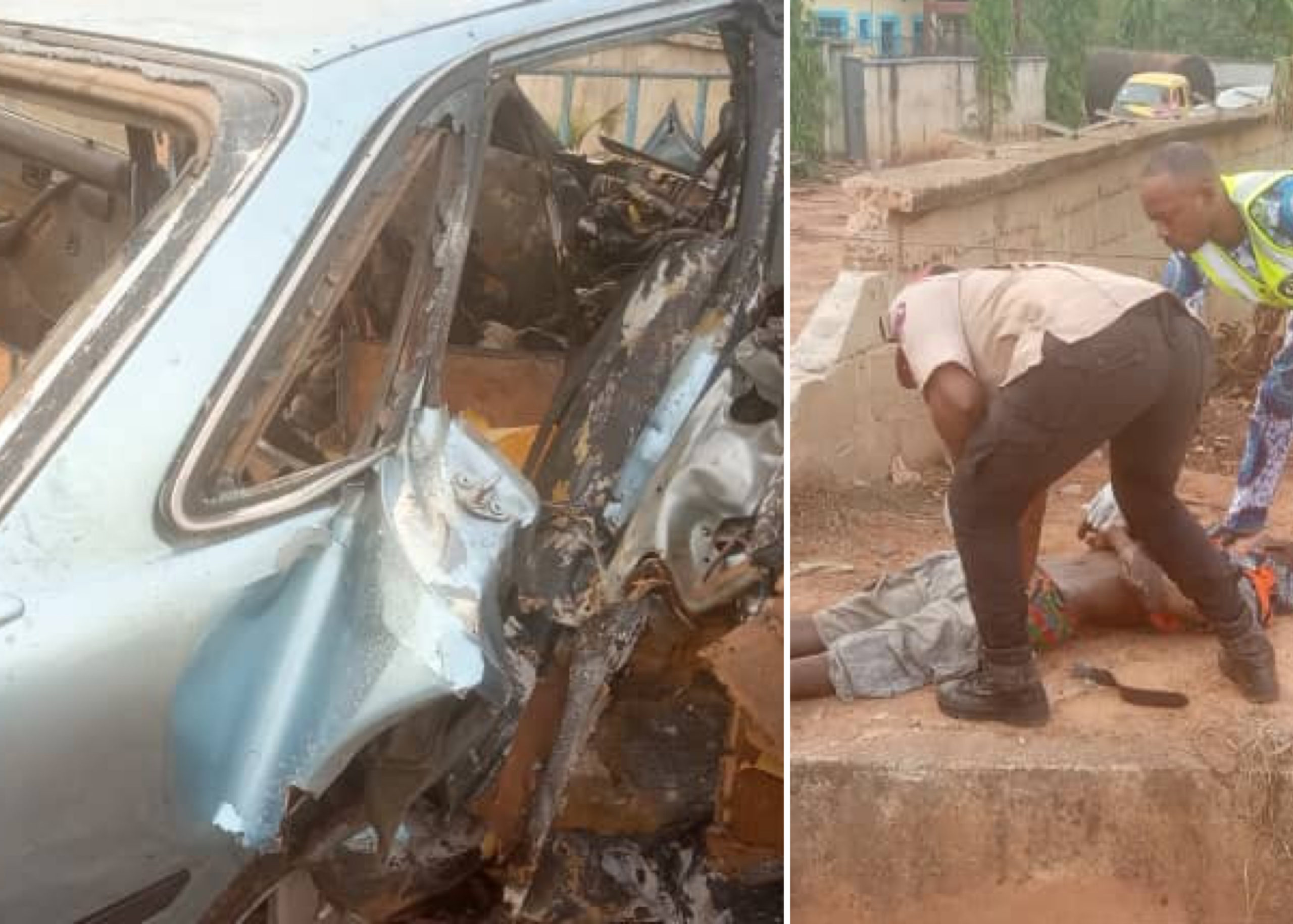 A yet-to-be-identified driver of a Toyota Carina with registration number FD310ABC was involved in a fatal crash at Tollgate Nteje Onitsha road on Thursday evening, March 25.

In the tragic accident, one person lost his life while two others were seriously injured.

According to eyewitnesses, the crash was as a result of speeding which led to the loss of control of the wheel.

One man and a woman who sustained varying degrees of injuries were rushed to St Charles Borromeo hospital by the FRSC rescue team from Nteje Command.

However, another man was confirmed dead by the doctor on duty and his body was deposited at Wisdom Mortuary Awkuzu.

See some photos of the incident below; 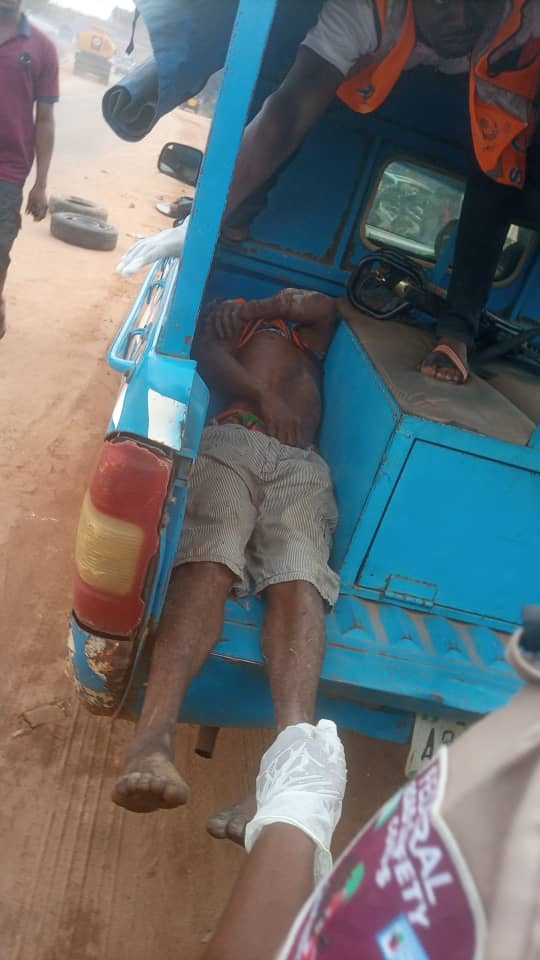 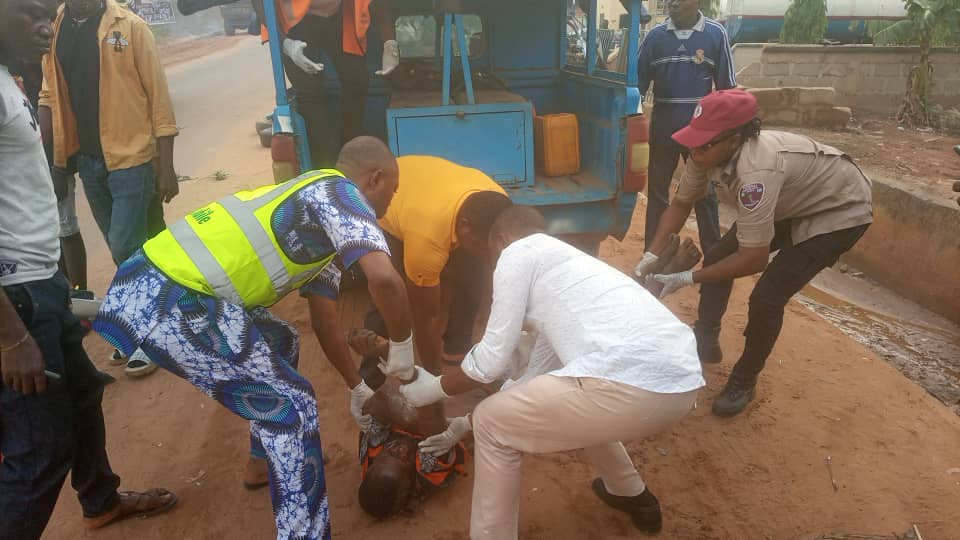