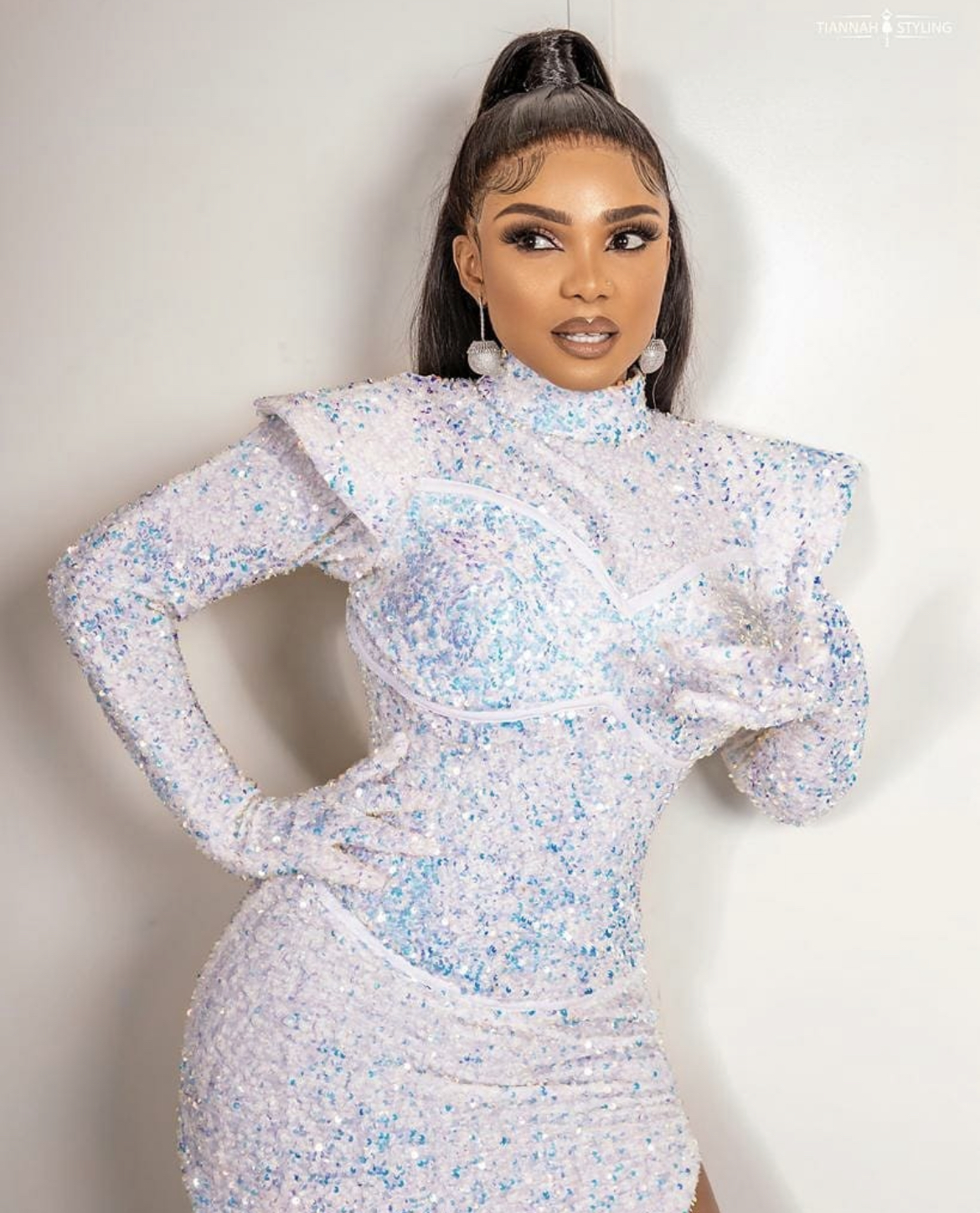 Nollywood actress, Iyabo Ojo, has revealed that she was brutally raped five times while growing up, with her first experience happening when she was only just 14.

The mother of two brought the revelation to light in a recent episode of her YouTube series titled ‘Bare it all with I.Y’.

Ojo said she was first raped by a non-family member when she was staying with her aunt before witnessing the second sexual assault shortly after — prompting her to run away from home.

The movie star added that she could not talk about it at the time because it was “taboo” telling people how one got raped.

Like I said, yes I have been raped before. Not once but five times. And trust me when I say it wasn’t easy. The first time I was raped, I was 14. It happened at my aunty’s house (not a family member). I didn’t want to talk about it because it was taboo to talk about it. I felt I would be blamed for everything that happened.

And the second one, that was another terrible one that happened. And I still could not tell anybody in my family. I summoned a bit of courage to tell a friend of mine then and it was one of the reasons I ran away at a particular time. The whole family was looking for me and when they eventually found me, I still didn’t talk about it.

The actress said she was raped the third time by a neighbour, who happened to be a friend to Emmanuel, her first lover at the time.

Read Also: “May You Be Greater Than Me” – Actress, Iyabo Ojo Celebrates Daughter, Priscilla On 20th Birthday (Photos)

Ojo said she was almost 18 at the time and had gone to visit his family members around Obanikoro axis of Lagos when the neighbour offered to drop her off on her way back to Ikeja when she was living with her aunt.

Now, the third one, the guy was a neighbour. We were very close to each other. My dad’s house and his house were the second or third street away in the same neighbourhood. He was a friend to my first boyfriend, though he was much older than him.

I never knew that he had such an intention. I grew up in the Obanikoro area of Lagos. I moved to Ikeja to stay with my aunty. However, I went to Obanikoro sometimes to check on my grandmother, dad, and boyfriend. On my way from Obanikoro going home, I was at the bus stop waiting for a taxi, then his car drove past me and he stopped.

We exchanged pleasantries. He asked me where I was going. I told him that I was going to Ikeja and he offered to drop me off. He said he had moved to Ikeja. When we got to Ikeja, he told me he lives in Toyin Street. I told him I know the street very well because I lived in Balogun Bus Stop in Ikeja. He said he should show me his house so that I could visit whenever I feel like it.

I didn’t see any big deal in it because he was a friend to my ex, the first boyfriend then. When we got to his house, he had a rug, air-conditioner and television in the parlour. He suddenly said he was hungry and asked me if I was hungry too. I told him that I wasn’t because I was already late and my aunty would be waiting for me.

He then said he had loved me even before Emmanuel met me and that when he found out I was going out with Emmanuel, he was heartbroken. At that time, I was almost 18 years old. He started trying to touch me. I got up angrily and made my way to the door. I noticed that it was locked. I told him to open the door. He told me that he loves me.

Then he started dragging me. That brought back memories of the experience I had been through that first time. So, it dawned on me that it was about to happen again. I didn’t want it to so I wrestled with him. I tried to push him and ran into one of the rooms to open the window to scream but he pulled me back with my hair and then he held my neck to the wall.

I continued struggling and wrestling with him so he dragged me out of the room because he didn’t want me to shout and gave me a dirty slap. I hit my head on the wall. I was a bit dizzy trying to find my feet and he went into the kitchen to get the knife. When he got the knife, his eyes went red and his face changed.

He wasn’t the same person that I knew. It dawned on me that if I fight him, I will end up dead. Then he dragged me back into the room. I was just numb. He did whatever he wanted to do. When he was done, he went out and came back and started calling my name because I was still at the spot he raped me. Then he started calling me baby. That word baby was piercing my brain because I was mad.

The film star also said she had refrained from telling her ex-boyfriend about the incident then for fear he could hurt the neighbour.

I cried my heart out. Then I pondered about telling my ex-boyfriend. My ex-boyfriend was a bad boy and I wouldn’t say I liked all the bad things he did. So I decided not to tell him because they might kill or do something terrible to him if I did. I didn’t want that because I didn’t want blood on my hands.

Ojo said she was also raped by one of the armed robbers who had visited their house at Ikeja after she got married.

The actress explained that she had decided to share her story so as to encourage others who have had a similar experience to also speak up with a view to tackling the scourge in the society.

“May You Be Greater Than Me” – Actress, Iyabo Ojo Celebrates Daughter, Priscilla On 20th Birthday (Photos)