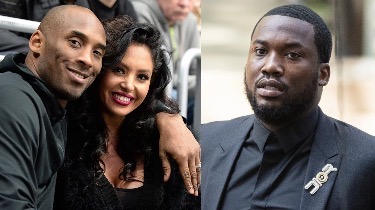 Vanessa Bryant has called out rapper, Meek Mill over lyrics in his song that made a reference to her late husband, Kobe Bryant and nature of his death.

The lyrics in question appeared to reference the January 26, 2020 helicopter crash that the Los Angeles Lakers legend and his 13-year-old daughter Gianna died in. Seven other lives were also lost in the tragic accident.

The line in the song caught the attention of the internet last week after surfacing online, sparking backlash from Kobe fans.

Meek Mill via his Instagram story released the lines of his new rap song, in which he said;

This bitch I’m f—kin’ always tell me that she love but she ain’t ever showed me/ Yeah, and if I ever lack, I’m goin’ out with my chopper, it by another Kobe.

However, Vanessa, a widow to the deceased, while reacting to the rap song told Meek she finds the line “extremely insensitive and disrespectful.”

She told him he can do better than that, adding that his latest release “lacks respect and tact”.

Dear Meekmill I find this line to be extremely insensitive and disrespectful period. I am not familiar with any of your music but I believe you can do better than this.

If you are a fan, fine. There are better ways to show your admiration for my late husband. This lacks respect and act. 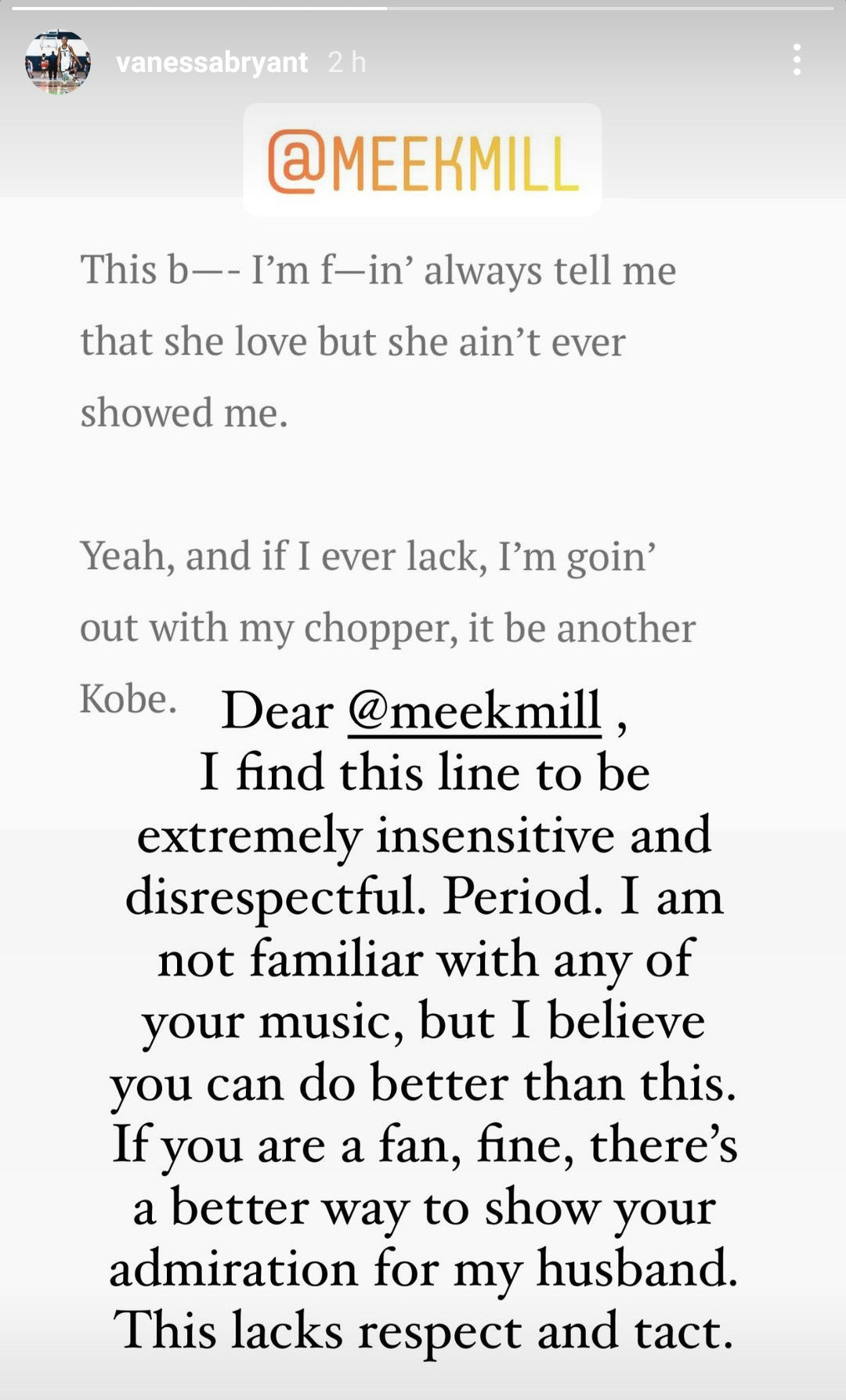 Less than a half hour after Kobe’s 38-year-old widow shared this message, Meek tweeted;

I’m going back savage in this s–t … f#%k ya feelings!” Shortly after that, he tweeted, “Ion trust people gotta play it raw ……”

I’m going back savage in this shit … f#%k ya feelings!

Many individuals responded to these tweets by asking the 33-year-old rapper to apologize to Vanessa.

He then later tweeted;

I apologized to her in private earlier today not to the public…Nothing I say on my page directed to a internet viral moment or the family of a grieving woman! If you care about someone grieving change the subject!