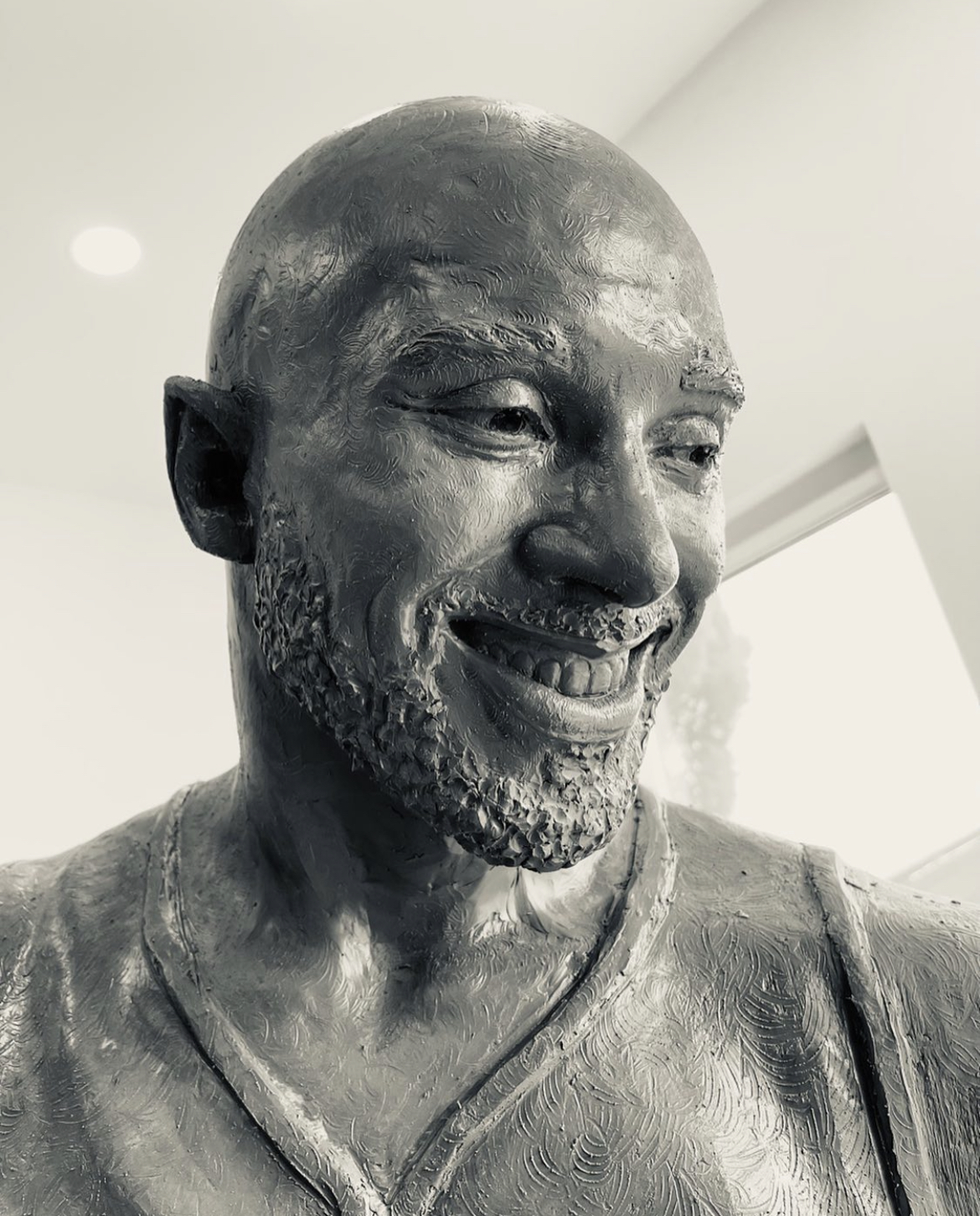 A bronze statue of legendary basketball player, Kobe Bryant and Gianna, his daughter, has been erected at the site where their helicopter had crashed in 2020.

The statue, designed by Dan Medina, was unveiled on Wednesday at the hillside in Calabasas, California, to mark the second anniversary of the helicopter crash. 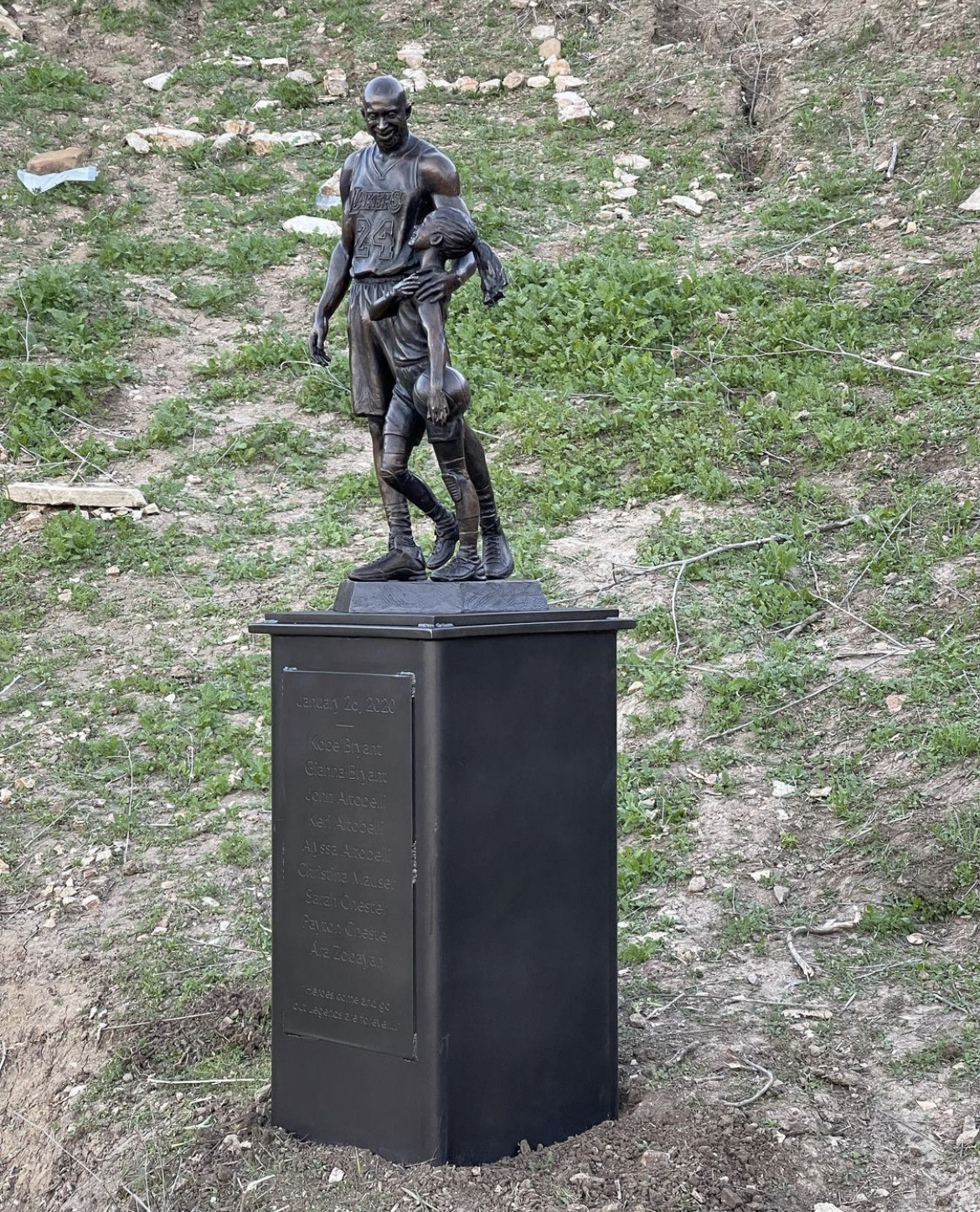 The statue depicts Kobe and Gianna in basketball uniforms, staring at each other lovingly while they share smiles.

The base of the statue has the names of all nine crash victims inscribed on it and the quote, “Heroes come and go, but legends are forever.” 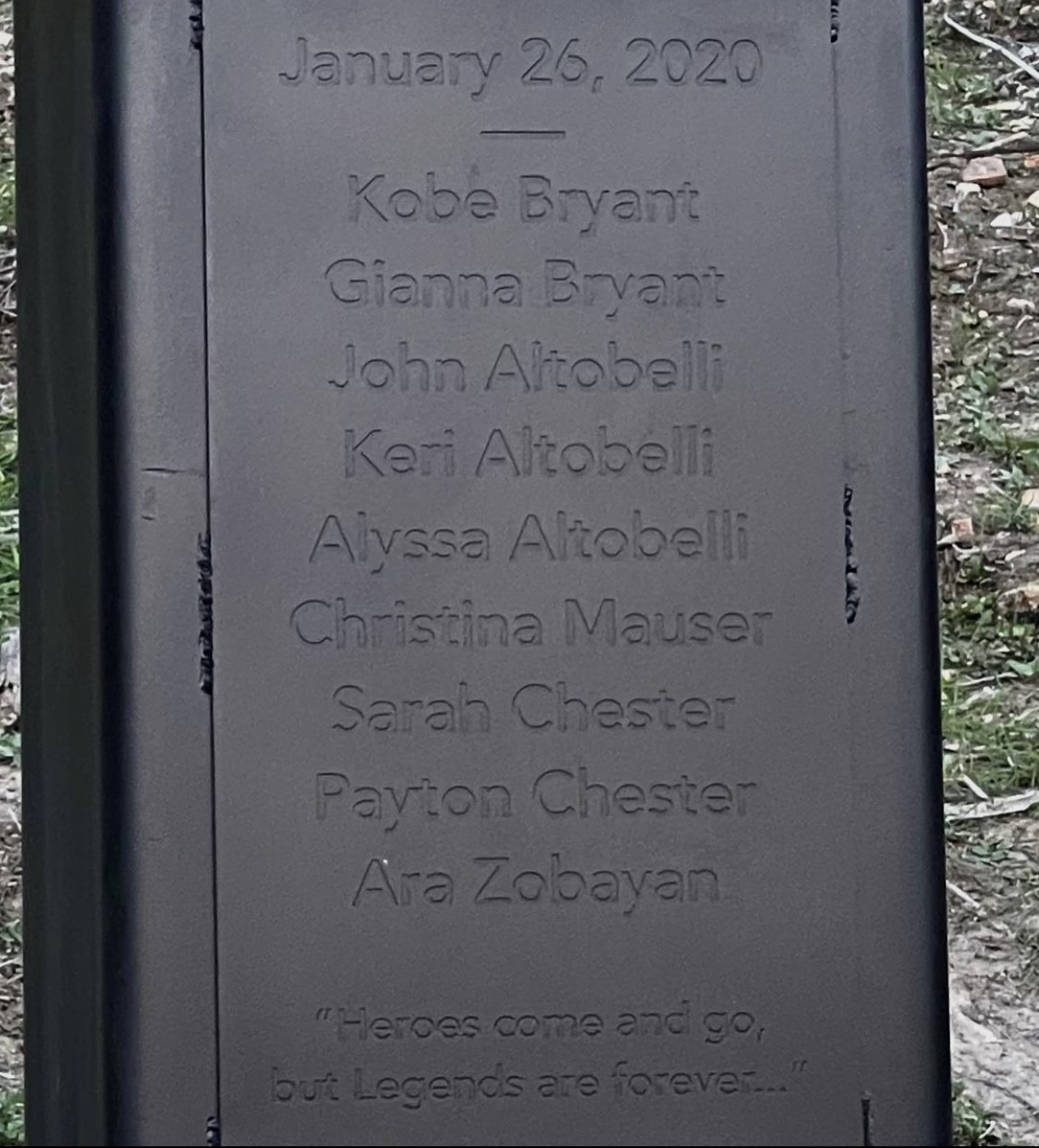 Medina also disclosed that the statue would only be at the site temporarily before being moved away.

On January 26, 2020, Kobe and Gianna were among nine victims aboard the Los Angeles Lakers icon’s personal helicopter, which crashed, leaving no survivor.

It was reported that the crash occurred while the entourage their way to the Mamba Academy for basketball practice. 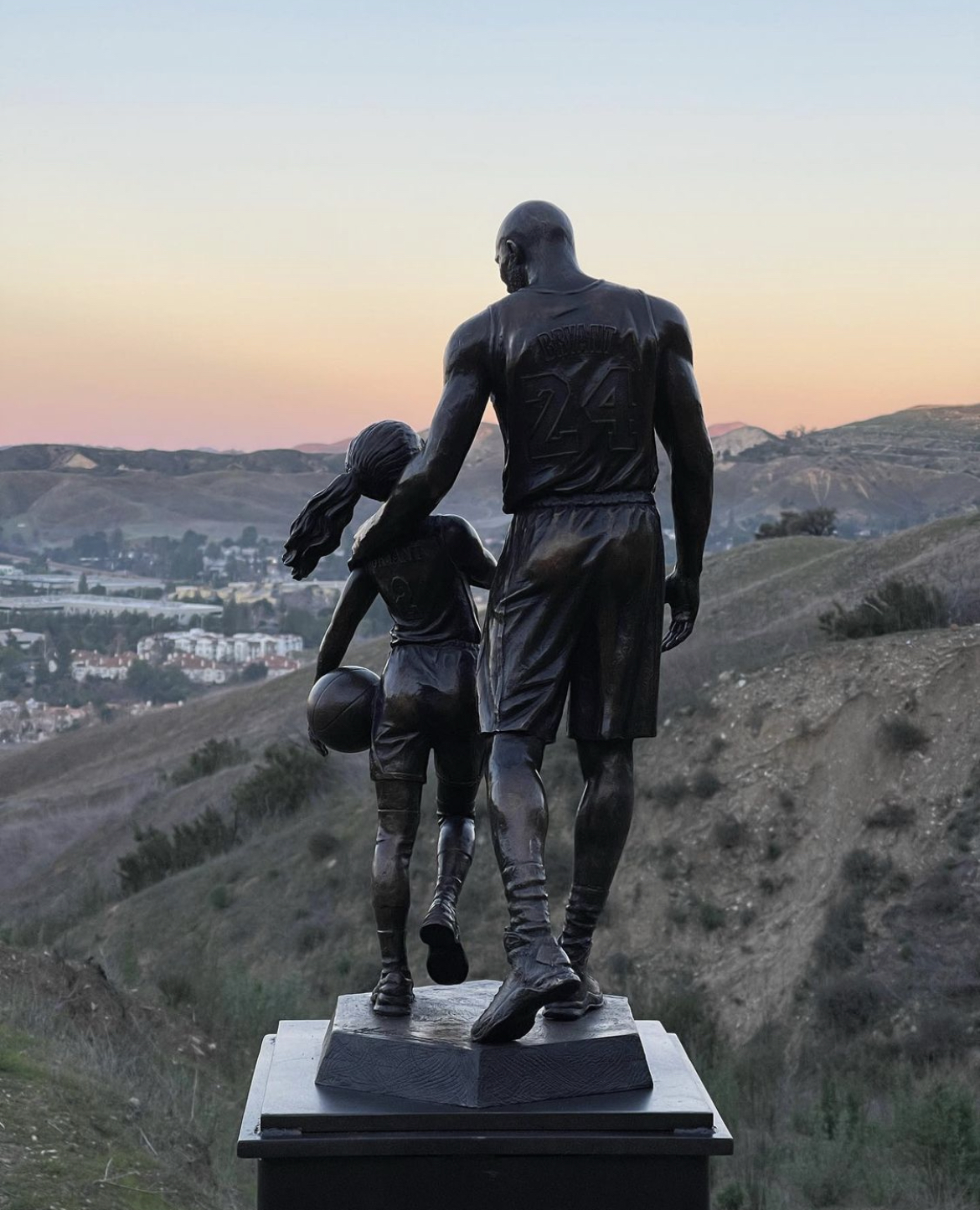 It was later determined that the crash was caused by pilot disorientation due to foggy conditions.

Kobe was a five-time NBA champion who spent his entire 20-year career with the Lakers as a shooting guard.

He was widely regarded as one of the greatest basketball players ever.