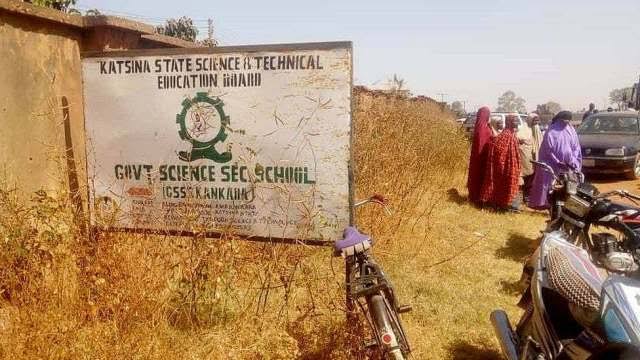 The government official confirmed this to BBC Hausa, saying the schoolboys were on their way to Katsina city and are expected to arrive there close to midnight.

BBC further reported that President Muhammadu Buhari would receive the schoolboys at the state capital tomorrow.

Bashir Ahmed, Personal Assistant on New Media to Buhari, also confirmed the release of the school boys in a tweet on Thursday evening.

The abducted students of the Government Science Secondary School, Kankara has been rescued, the Katsina State Government has confirmed the news. Alhamdulillah!

Earlier today, news of the release of the schoolboys filtered social space but could not be confirmed by any authority.

Multiple sources in Katsina and Abuja, according to DailyTrust, said the schoolboys were released today after “rigorous” negotiation between governments at the national and state levels on one hand and the abductors on the other side.

The boys, in company of security operatives, negotiators and other stakeholders, are on their way to Katsina from the point of exchange.

Another source close to the Villa also said they heard of the development and were awaiting formal confirmation.

The students were abducted by gunmen on the night of Friday, December 11 and Boko Haram terror group claimed responsibility for the kidnap of the students which it said were over 500 boys.

The terrorist group also released a video earlier today, showing some of the boys in the bush to serve as a confirmation of the students being in their possession.

In the video, which was first published by the online newspaper HumAngle, one of the students was urging the Nigerian government to withdraw its troops, saying “nothing can harm them”.

It is however not yet clear, as at the time of filing this report, if ransom was paid to secure the release of the boys.