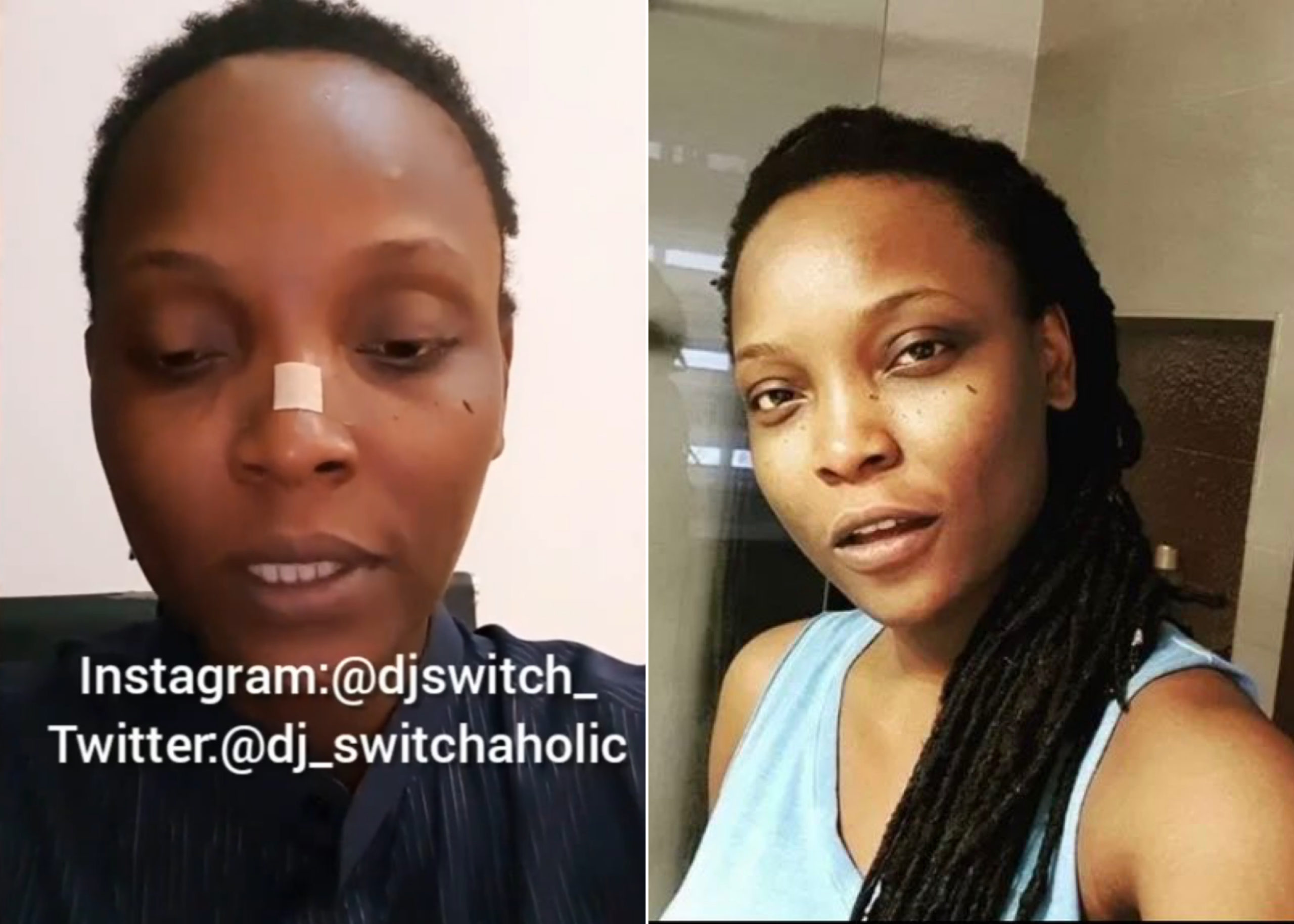 Popular Disc Jockey, DJ Switch, who was a firsthand witness in the Lekki tollgate shooting incident, has insisted that at least 15 peaceful and unarmed #EndSARS protesters were shot dead on Monday, October 20.

She said this in reaction to reports by Lagos state government that no casualties were recorded in the sporadic shooting, which is said to have lasted for over an hour.

DJ Switch, who during the shooting incident gave updates via Instagram live session to many Nigerians, has now recounted her horrifying ordeal in a new video.

The DJ also confirmed that soldiers were at the tollgate, saying that the men are responsible for the shooting of innocent and unarmed protesters.

Yes, there were soldiers there. Another part that people are not really talking about that the police also came, the SARS people we are talking about also came about 40-45 minutes after the soldiers left. We were tear gassed. It felt like Cotonou pepper mixed with acid. We were running but we kept coming back.

Amid tears, DJ Switch expressed that the only thing they fought with was their Nigerian flags as they sat on the floor waving the flags and singing the National Anthem.

The only thing we fought with was our flags. We will sit on the floor and raise our flags, wave our flags while singing the National Anthem, that’s all we had. They put out the light also. Even if there was  no power in the area on a good day, there is always light at the toll gate. There was no light, the street lights were off, so it was pitch black.

Speaking about the number of causalities that has created controversy among many Nigerians and the state government, DJ Switch said;

I never said 78 people died (this is against online reports), all I know is that as when I was doing the (Instagram) live, we had counted about 15 people. I don’t know if it was more than that. We had a lot of people with stray bullet wounds also.