The members of the Assembly are currently deliberating in the Assembly on the allegation of gross misconduct against Ajayi.

On the premises of the Assembly, armed policemen and the men of the Nigeria Security and Civil Defence Corps (NSCDC) are present to maintain the law and order.

Journalists were directed to call Gbenga Omole, the chairman of the house, committee on information, for permission to gain access to the complex, the Cable reports.

Only legislators and staff of the assembly were allowed into the premises.

The governor had sacked all the aides attached to Ajayi’s office and his police escort was withdrawn until Mohammed Adamu, inspector-general of police (IGP), intervened.

See notice of impeachment below; 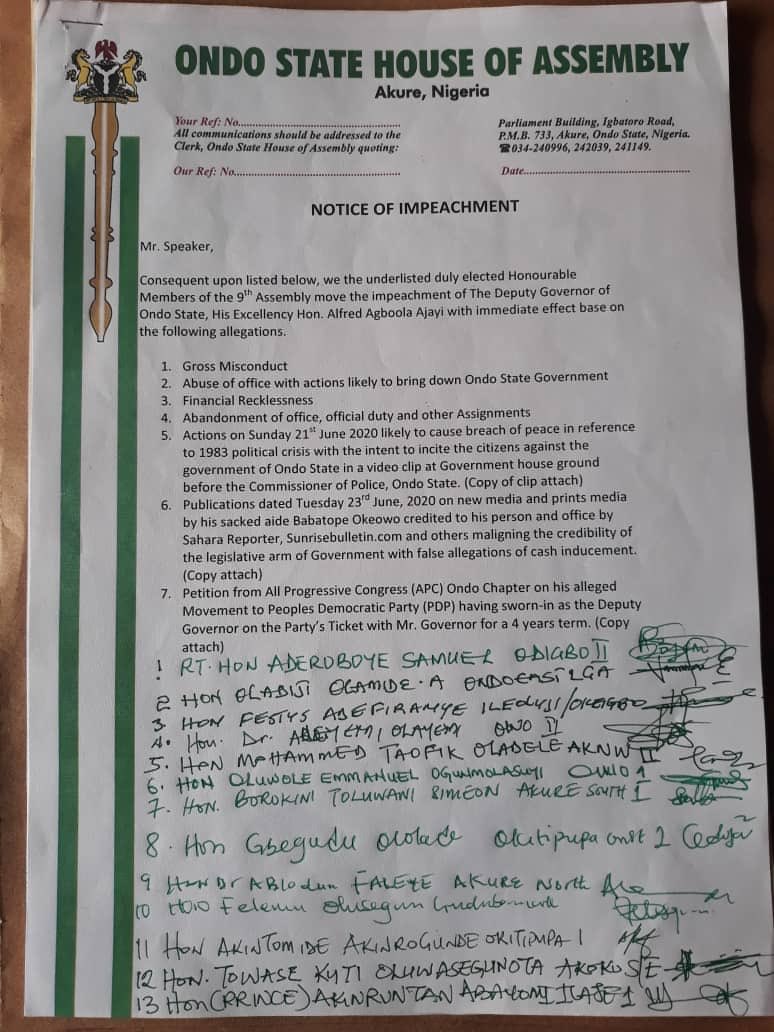 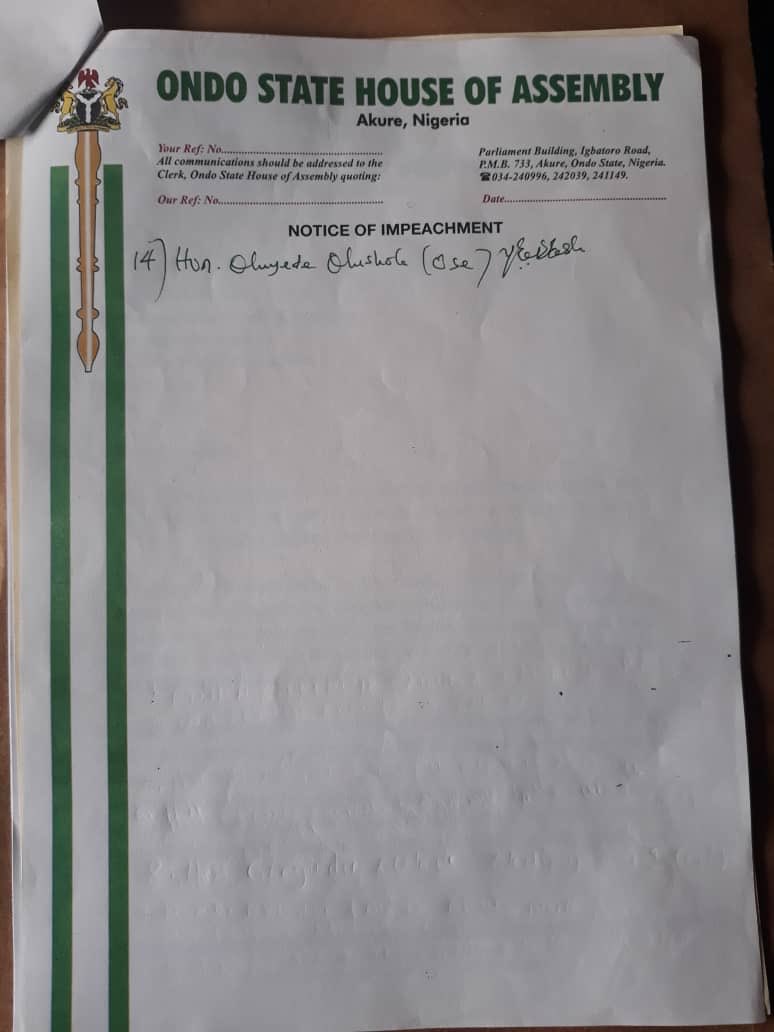 US Is ‘Looking At’ Banning TikTok, Other Chinese Apps Over Security Concerns