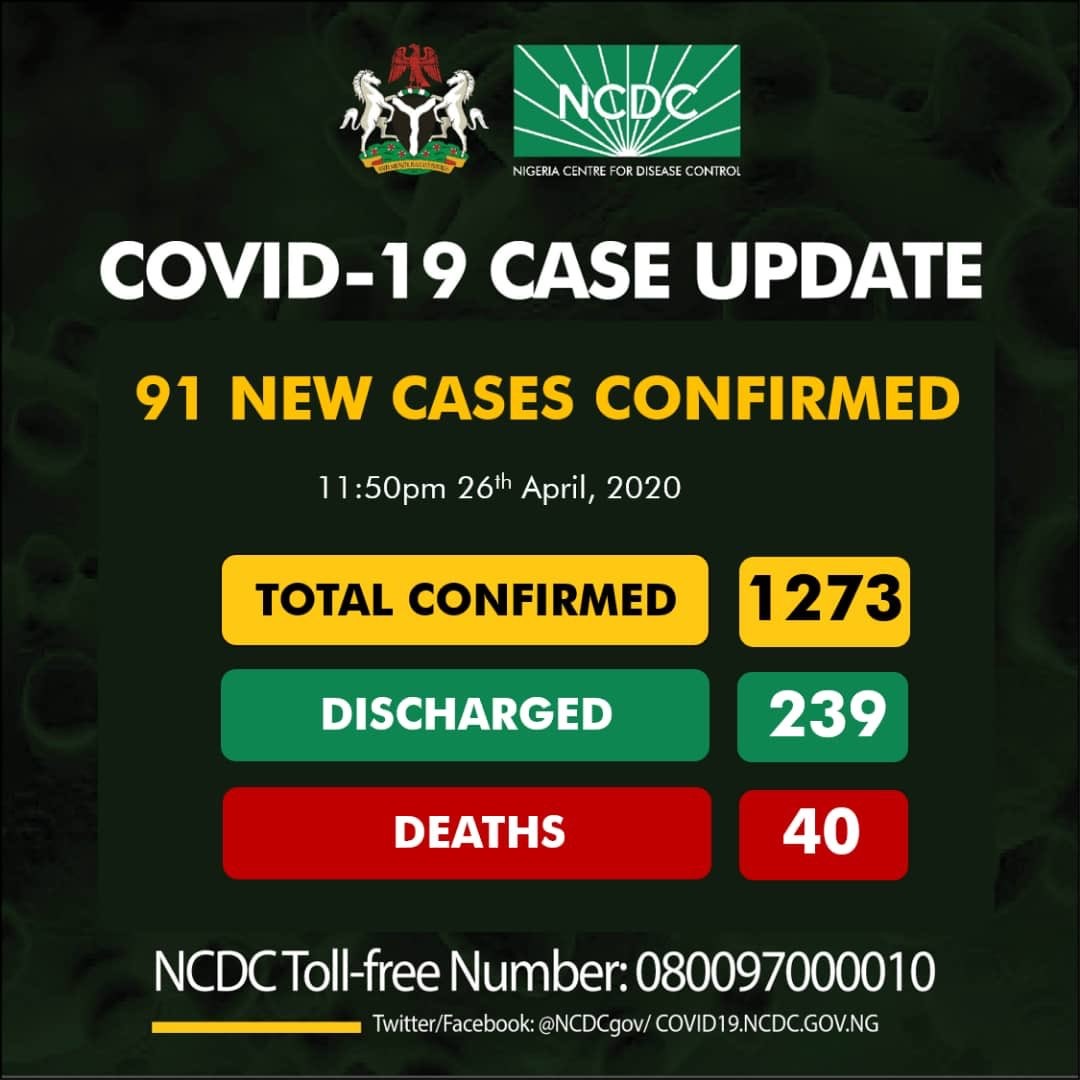 In a follow up tweet, the centre stated that one case previously reported in Lagos is now an Ondo state case.

One case previously reported in Lagos, is now an Ondo State case

The total number of confirmed cases in Lagos is 731, and 8 in Ondo

For a breakdown of cases by states, please see https://t.co/bynbDWi0gm

It added that Lagos state remains the epicentre for the outbreak in Nigeria with a total of 731 cases.

As of Friday night, Nigeria recorded 1182 Coronavirus cases, 222 discharged patients and 35 deaths across the country.

However, with the new cases, there are now 1273 Coronavirus cases, 239 discharged and 40 deaths.

In other news, two patients in Borno State have gone missing after testing positive to Coronavirus.

The patients are identified as Abbas Kaka Hassan, a 24-year-old male, and Hauwa Mohammed, 42-year-old female.

Dr Salisu Kwayabura, Commissioner for Health in the state, made this known on Sunday.

The commissioner noted that a diligent surveillance and investigation team was working very hard to track the patients.

Meanwhile, Osun State has recorded its first Coronavirus deaths since its index case was reported on March 24th.