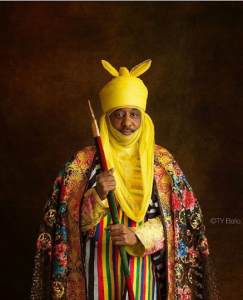 The Kano State House of Assembly on Wednesday passed a law establishing four additional emirates and four first class emirs in the state.

The law was initiated on Monday, passed first reading on Tuesday, and then scaled through second and third reading on Wednesday.

“There is no opposition in the House. Those against the law have walked out,” one of the members who spoke on the condition of anonymity said.

“The governor wanted to whittle down the influence of Emir Sanusi, so he created the rival emirates and put them on the same level.”

The new law provides for rotational chairmanship of the state council of traditional rulers among the emirs.

Earlier today, the state governor, Abdullahi Ganduje, promised to assent the law as soon as it is presented to him.

Mr Ganduje stated this on Wednesday at a media briefing prior to the commencement of the 136th State Executive Council meeting, at the Council Chamber in Government House, Kano.

“We heard about a bill sent to the State House of Assembly, requesting them to make a law for the creation of four more Emirs in Kano.

“We believe the petitioners did it in good faith. And they want the development of the state.

“I hope the legislative arm would work on it and forward to me for assent, which I am ready to sign into law without any waste of time.

“That is the popular wish of our people. This will also go a long way in hastening growth and development in the state,” the governor added.