An 18-year-old inmate housed at the Bridge City Center for Youth in Louisiana has been arrested and charged with raping another inmate inside a bathroom in the prison.

The inmate identified as Jireh Martin was booked Thursday on a count of second-degree rape, authorities said. 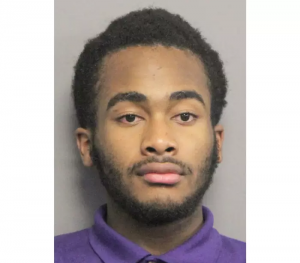 According to Beth Touchet-Morgan, a spokeswoman for the state Office of Juvenile Justice, the incident occurred on July 6 inside a restroom near a “recreational area” at the jail.

She said there are no cameras inside the bathroom, in accordance with federal law but the victim underwent a sexual assault examination at a hospital.

“An internal investigation is ongoing into the circumstances leading to the incident,” she said. “Once the investigation is complete, appropriate employee disciplinary action will be taken if warranted. In addition, if warranted, additional security protocols and procedures will be put in force.”

Touchet-Morgan also disclosed that Martin has been transferred to the Jefferson Parish Correctional Center where he was still being held without bond.

Continue Reading
You may also like...
Related Topics:INMATE, prison, rape