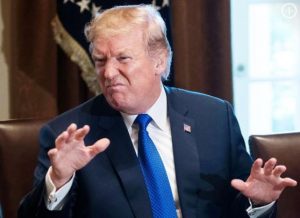 President Trump took to his twitter page to air his opinion as he reacted to news of his former National Security Adviser, Michael Flynn who recently pled guilty to lying to the FBI.

According to the President, “So General Flynn lies to the FBI and his life is destroyed, while Crooked Hillary Clinton, on that now famous FBI holiday “interrogation” with no swearing in and no recording, lies many times…and nothing happens to her? Rigged system, or just a double standard?”

Read his tweets below: 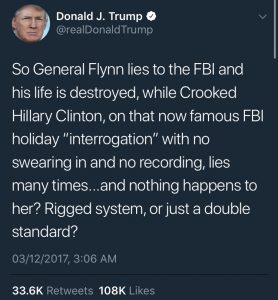 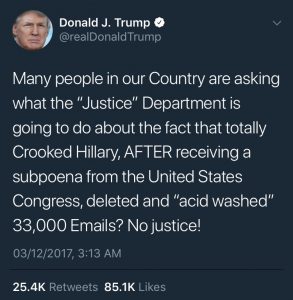 Donald Trump Says He Has No Plans To Rejoin Twitter After…