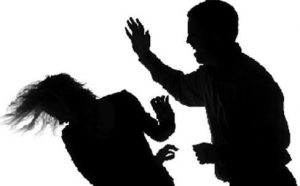 Research shows that most people think strict parenting produces better-behaved kids. However, research studies on discipline consistently show that strict, or authoritarian, child-raising actually produces kids with lower self esteem who behave worse than other kids and therefore get punished more! Strict parenting actually creates behavior problems in children.  Why?

This kind of parenting deprives kids of the opportunity to internalize self-discipline and responsibility.
Harsh limits may temporarily control behavior, but they don’t help a child learn to self-regulate. Instead, harsh limits trigger a resistance to taking responsibility for themselves.

There is no internal tool more valuable for kids than self-discipline, but it develops from the internalization of loving limits. No one likes to be controlled, so it’s not surprising that kids reject limits that aren’t empathic.

They see the “locus of control” outside of themselves, rather than WANTING to behave.
So usually when they have no “outside compass” it’s hard for them to focus. And this goes with them as they grow, also affecting their choice of partners.

They subconsciously or consciously seek out partners who are ‘controlling’ or ‘hard lovers’ because it keeps them under control.

The “Do as I Say, Not as I Do” parenting style doesn’t work anymore.

Do you approach parenting from your experience of how you were raised as a child? Or you’re paying attention to changing times and actively looking for more effective ways to train your child?

Maybe you have said to yourself, “I will not raise my children the way my parents raised me” or “My parents spanked me and I turned out okay, so spanking will work on my children“. Both responses are ‘knee jerk’ reactions on how to parent, not a choice founded on sound child raising principles.

You may not even question your parenting style until you start having problems with your children. It may seem like suddenly your current parenting style doesn’t work anymore and you don’t know why. Good parenting does not necessarily come naturally. And, being a good parent is not as easy as our parents made it seem.

Giving Orders
(This is an authoritarian parenting style.) Authoritarian parents don’t feel they need to explain their rules or the reasons why they expect their children to do certain things. The main focus of these parents is on what their children do wrong and the punishment for misbehavior is often harsh. Should a child question a rule, they will often hear from their parents, “Because I said so”.

Parents that use this style feel they must be in control all the time. They parent by a set of rules that must be followed. Children have little or no freedom. And this is typically an African parent’s first choice of parenting method.

God bless your poor soul you question your mother’s decision, the typical reply to this is: “Are you asking me questions? Did I have the audacity to question my mother? Go and bring my belt”

Discipline is usually a form of reward and punishment. Children learn early to please their parents to gain a reward, They may behave because they fear their parents and they tend to grow up like this. They grow up to be people-pleasers, unable to say no or question situations that don’t sit right with them. It’s what they’ve always known. Children either go along and have a hard time learning to think for themselves or they may rebel in reaction to the controlling methods of their parents.

Maybe this explains why it seems like half our youth are dysfunctional when we look at this generation, the parents are as much to blame as the kids.