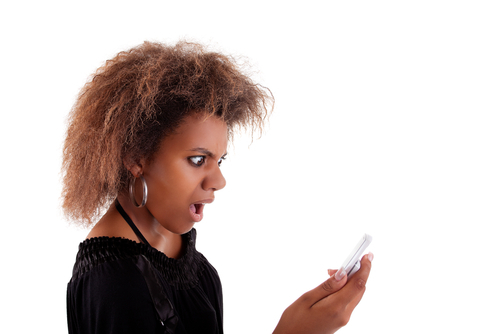 The 3 day rule is nonsense, in fact, Dating experts revealed 89% of women want to be first contacted within 48 hours.

So don’t wait until the next day to text a girl, or the day after that. Text her immediately after getting her number – within fifteen minutes after you meet her is good. Even better, text her when you’re right in front of her. It’s witty and romantic.

Also, this way, when you’re fresh in her mind, she’ll remember you right away next time your number pops up!

She’ll also feel more comfortable about your text interaction with her because you already started texting her when you were with her.

It will remove her anxiety about texting you the next day and means you can start comfort building a lot easier.

Not typing her name in the first text can make her think you’ve forgotten it. Also using words like “beautiful”, “gorgeous”, etc.

You may think you’re complimenting her but she’ll just think you call all girls “beautiful” or “gorgeous”.

If you gave her a nickname when you met her then that’s fine, but only use nicknames if it’s already an insider joke between the two of you, otherwise it’ll appear like you’ve totally forgotten her.
#3 Texting Back Too Quickly

Guy…don’t be too anxious to text her back. Some guys will lose their mind staring at their phone waiting for her to reply, and when she does they’ll rush to pick it up and reply with something daft and incoherent.

If you want her to think you’re a desperate loser, who has nothing else to do in his day, has no social life and who’s world revolves around her, then go ahead, text her back instantly, every single time.

But if you want to make her want you and respect you more, never text back too fast. Try to consistently text back in 10 or 15 minutes and occasionally mix it up to even an hour or so later.

If you’re at the office and she texts you early afternoon, wait until you finish work. She’ll respect the fact you have priorities. Don’t be too predictable. Keep her on her toes. Make her wonder, “why hasn’t he texted me back?”

This should be done to an extent, because there is a flip side to the coin of taking too long to respond every time…

It’s NOT cute to make a girl wait more than six hours, let alone a day or two. It just ain’t cool and she won’t think you care about her if you don’t get back until the next day.

If you do reply to her one day later don’t be surprised if she doesn’t text back because you simply don’t deserve it. She’s probably already gotten over you.

It’s ok to continue an ongoing joke you had going when you met her, but if you stick to the same joke for too long, it’ll get old.

Make sure you change the subject and once the joke is over, don’t keep going back to it if you’ve got nothing better to say.
#5 Once Upon a Funtime

It doesn’t matter how much fun you were when you met her because she’ll forget all those positive emotions as soon as you fail to maintain the vibe.

Even if you pulled up all the effizie, it’s important you show her you’re not just a one-hit-wonder and keep the fun alive.

So no meaningless texts like “how are you doing”, “what’s up” and “hi”, which will contribute nothing of value to her image of you.

Remember, she has received dozens of flirty texts a week from guys even smoother than you so if you don’t stand out you will blend in but above all be direct, and clear with your intent.

#6 Playing the ‘date’ card too early

Trying to arrange a date before you’ve made a girl excited to see you again is a fatal mistake countless guys make over and over again….I repeat. FATAL.

If you haven’t sparked enough emotion, she’ll more than likely turn you down and that is the honest truth.

That’s why the first few texts you text a girl are critical in pumping her emotion to the point that when you suggest a date she’ll be begging for it to come.

Everything leading up to the meet up should demonstrate value, build her comfort levels and excitement about meeting you.

Ok, so you’ve been down the gyming, and you think she’d appreciate a photo of you with your shirt off...my brother, think again. You see, if you haven’t built up enough attraction yet, topless photos will scare her off.

Don’t ever send revealing photos unless she has specifically asked for them or if you’re sexting, because just sending them out of the blue will appear needy and will be totally inappropriate.

It also demonstrates you are a low value male because a high value male would never dish out revealing photos of his body without them being earned first.

Plus, you’re forcing a reaction and what do you seriously expect her to say? “OMG you’re so fine, I wanna f*ck your brains out right now baby, what’s your address?!”

If you really want to send her photos that’ll put a smile on her face, send photos of your adorable cousins or with you doing stuff like cooking or playing with babies or hosting with your mother.  She’ll appreciate those a lot more.

In what world is “gr8” acceptable? Do you think that kind of language turns girls on? Really??

If you’re using text slang, improper grammar, or being lazy about checking your messages before you send them, chances are you’ve already f**ed up.

Read your texts before you send them and don’t use slang. Just don’t.

Note: LOL and WTF are ok to a point, but try to avoid these in the first few texts so you can test to see if she likes using them. If she’s using LOL then cool, use it.

If she sends 4 texts a day, send 4 texts or less.
If she never swears or uses slang language, never use it back.
If she sends you a long message, reply with a long one back.

Try to think of your phone as a mirror. No girl wants to look in the mirror and see a witch staring back, so don’t give her a bad reflection by sending 6 texts back if she only sends 3, or reply to a 20 character sentence with a 200 character text.

Your level of investment must either match or be lower than hers, so adapt to her texting style and respond in tune with her.
#10 Friend Zoning

If you blend in you’ll get friend zoned. period.

To avoid slipping into the friend zone at all costs, avoid idle chats with her like Lagos traffic.

Tease her, play with her, include her on inside jokes so the feelings of fun and attraction she felt for you when you first met are not only maintained but amped up, so your texts light up her eyes rather than dull her day with the burden of having to text you back.

There’s no excuses for falling into the friend zone and even if you think it’s impossible to answer some of her texts with anything other than a friend to friend response then you’re wrong.

She asks you: “how’s your day going”. You might think the only possible answer you can give is “it’s going great, how’s yours”, but instead, this is the perfect opportunity to tease her. Reply back with something like“clearly it’s going much better than yours!”

This way, she’ll probably reply by saying, “nah, mine’s way, way better than yours” and from there you can move into a much more playful frame.

There’s a common misconception flying around that since women love talking about themselves it’s a good idea to ask them lots of questions. This is wrong.

No one wants to be bombarded with questions, especially questions that aren’t fun like “do you always go to that club?”, or “so why did you choose to study law?” .

Think about it. If you got a text from someone you don’t know very well asking why you chose to become a lawyer, would you really be motivated to text them back?

We Are Not Satisfied As Muslims Are Deprived Of Getting PVC-…