The Round of 16 of the ongoing FIFA World Cup tournament has been scheduled to kickoff on Saturday, December 3.

On Friday, the group stage came to a conclusion after a series of exhilarating matches. The fiercely competition will be resuming on Saturday evening with the Netherlands, winners of Group A waging war against the Group B runners-up, United States of America (USA).

The five-time world champions, Brazil will face South Korea on Monday, after the World Cup’s surprise package grabbed a stoppage-time winner themselves over Portugal to leapfrog Uruguay into the runners-up spot in Group H.

ALSO READ: World Cup: Cameroon Crash Out Despite 1-0 Win Against Brazil, Switzerland Through To Last 16

After a thrilling group phase, Belgium’s ‘golden generation’ and World Cup powerhouse Germany have been sent packing while the likes of Japan, Morocco and Australia have upset many pre-tournament predictions by progressing into week three of football’s showpiece event.

ALSO READ: World Cup: Portugal Through To Last 16 Despite Loss To South Korea As Ghana, Uruguay Crash Out

England will resume their tilt at World Cup glory on Sunday evening, where Senegal are hoping to halt the progress of Gareth Southgate’s men. 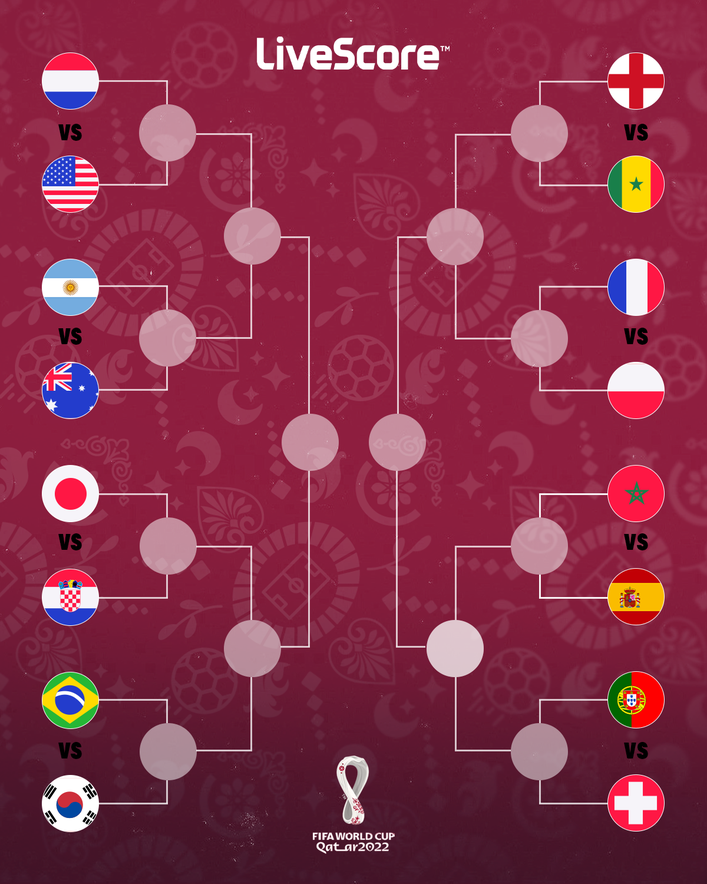 World Cup: Cameroon Crash Out Despite 1-0 Win Against Brazil, Switzerland Through To Last 16