The financial ranking of the Nigerian senior men’s national football team, the Super Eagles has improved intensely despite missing out in the 2022 FIFA World Cup tournament in Qatar.

According to a report published by PUNCH Sports Extra on Friday, the three-time African champions are ranked the 15th most valuable international team globally, while also moving from the third position in Africa to becoming the most valuable team on the continent.

The Eagles boast players who ply their trade in Europe’s lucrative leagues, making them one of the world’s most valuable teams, with a total value of €303.35m.

The Nigerian squad’s value witnessed an increase of €46.7m compared to the squad’s previous value.

There was a massive rise in the market value of some of the Eagles players, following their recent outstanding performances for their various club sides.

ALSO READ: World Cup: Seven Footballers Of Nigerian Descent Who Will Feature For Another Nation In Qatar

The biggest of them of all is Napoli forward, Victor Osimhen, who according to transfermark, has the highest rise between the month of September and October.

His excellent form saw a massive €10m rise in his market value, moving from €65m to €70m, and is now Nigeria’s most valuable player ever. 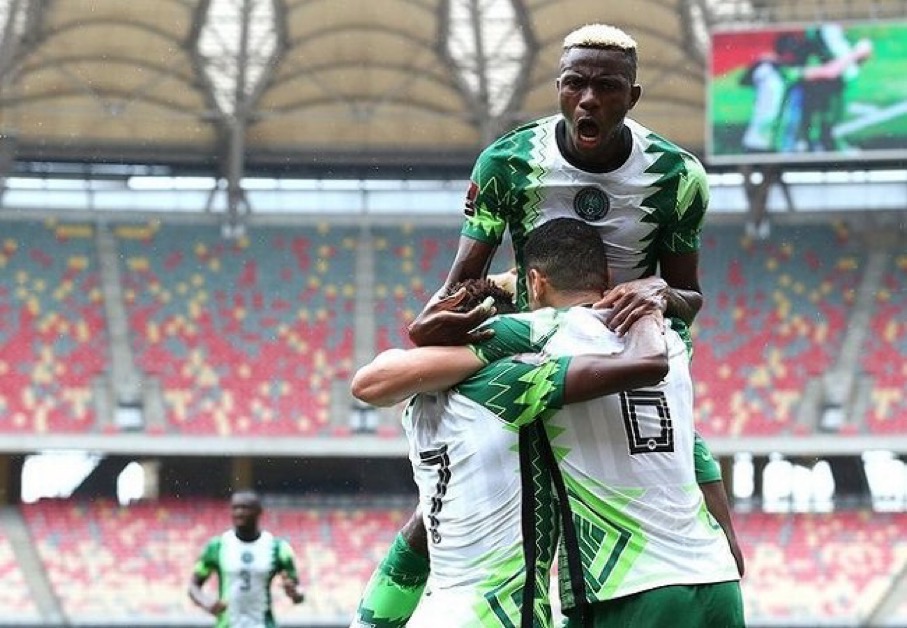 Though Leicester City midfielder, Wilfred Ndidi, saw a massive €20m reduction in his market value due to seasons that have been blighted by injuries, he remains the second most valuable player in the team with €40m, compared to his previous value of €60m.

In-form Atalanta forward, Ademola Lookman, is another player who contributed to the increase in the Eagles’ market value as he moved from his initial value of €10m to €20m, following his impressive debut season with the Italian club.

Everton forward, Alex Iwobi, also saw an increase in his value as he rose from €22m to €25m.

While Samuel Chukwueze’s market value remains at €20m, other players like Terem Moffi, Joe Aribo and Calvin Bassey all contributed to the growth in the team’s value with a combined value of €48m.

Since hitting his first million in his career after moving from €900,000 to €1m, goalkeeper Maduka Okoye continues to see his value increase despite little action since joining Watford.

The goalkeeper is currently valued at €2.5m.

Ndidi wasn’t the only player with a reduced market value, Genk forward, Paul Onuachu, had a €7m deduction. He is now valued at €15m compared to his initial €22m market value.

Aside The Super Eagles, Here Are Values Of Other Teams…

The increase in some of the players’ value put together helped the Eagles move up to 15th place globally, while also ranking as the most valuable team on the continent.

Ivory Coast are second in Africa and 19th globally with a market value of €259m, while Morocco and Ghana occupy the third and fifth positions respectively.

Meanwhile, England had an increase of €12m to remain the most valuable team in the world with a market value of €1.26bn, while Brazil and France occupy the second and third positions with market values of €1.14bn and €1.03bn respectively.

Wizkid Says Rap Genre In Nigeria Is ‘Dead And Boring’