The marriage of the former president of the Christian Association of Nigeria (CAN), Pastor Ayo Oritsejafor and his wife, Helen has reportedly ended after 25 years together.

The renowned couple tied the knot in 1997.

According to the Kemi Filani, the senior pastor of Word of Life Bible Church, located in Warri, Delta state parted ways with his wife over a protracted and bitter misunderstanding.

Accusations Of Physical Abuse In The Home 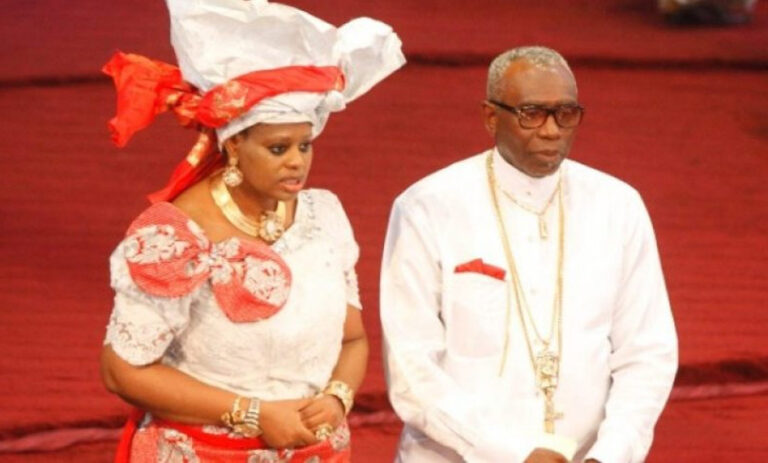 Some church members who prefer to remain anonymous claimed “Mama”, the wife of the senior pastor has been physically attacking “Papa” Ayo Oritsejafor on a regular basis recently.

“She has been attacking Papa Ayo each time he comes home from Church and it’s no longer funny,” the source stated.

In continuation, the source added, “Papa had to move out of their matrimonial home and camped in an unknown location for fear of his life because she has made some threats too”.

Helen has also since ceased attending church services for a while, according to a source.

ALSO READ: ‘Religion Will Be The Death Of Nigeria If Not Tamed’- Soyinka Rants

Equally important, Oritsejafor is the founding and Senior Pastor of Word of Life Bible Church, located in Warri, Delta State.

He became the national president of the Pentecostal Fellowship of Nigeria (PFN) on 7 February 2005, a position he held for five years.

In July 2010, Oritsejafor was elected President of the Christian Association of Nigeria (CAN), the apex body of all Christians in the country. In doing so he became the first Pentecostal leader to hold the position.

Wumi Toriola Confirms Union With Hubby Is Over

Gabrielle Union Explains Why She Was Entitled To Cheat On…