Morocco emerged 2-0 victors in the second Group F game against Belgium in the ongoing 2022 FIFA World Cup tournament in Qatar.

The result of the game has instigated pandemonium and chaos in Brussels, Belgium.

According to the Daily Mail, rioters took to the streets of Brussel to ignite fire and pelted cars with bricks.

Police have to seal off parts of the city centre, deployed water cannons and fired tear gas to disperse crowds as violence broke out following the match.

Dozens of rioters set steps on fire and pelted cars with bricks, before police moved in when one person suffered facial injuries, according to a police spokesperson.

Brussels mayor Philippe Close urged soccer fans to stay away from the city center and said authorities were doing their utmost to keep order in the streets.

Even subway and tram traffic had to be interrupted on police orders.

Morocco’s victory was a major upset at the tournament and was enthusiastically celebrated by fans with Moroccan immigrant roots in many Belgian cities.

It was not immediately clear how many people were detained during the disturbances.

I strongly condemn the incidents that occurred this afternoon.

The police have already acted harshly. So I advise supporters not to come to the centre. The police are doing everything they can to maintain public order

The Moroccans thought they had taken the lead in the first half, only for Hakim Ziyech’s whipped free-kick strike to be ruled out for offside due to an infringement from Romain Saiss.

But the North Africans did make the breakthrough in somewhat similar circumstances in the 73rd minute, according to a report by RT. 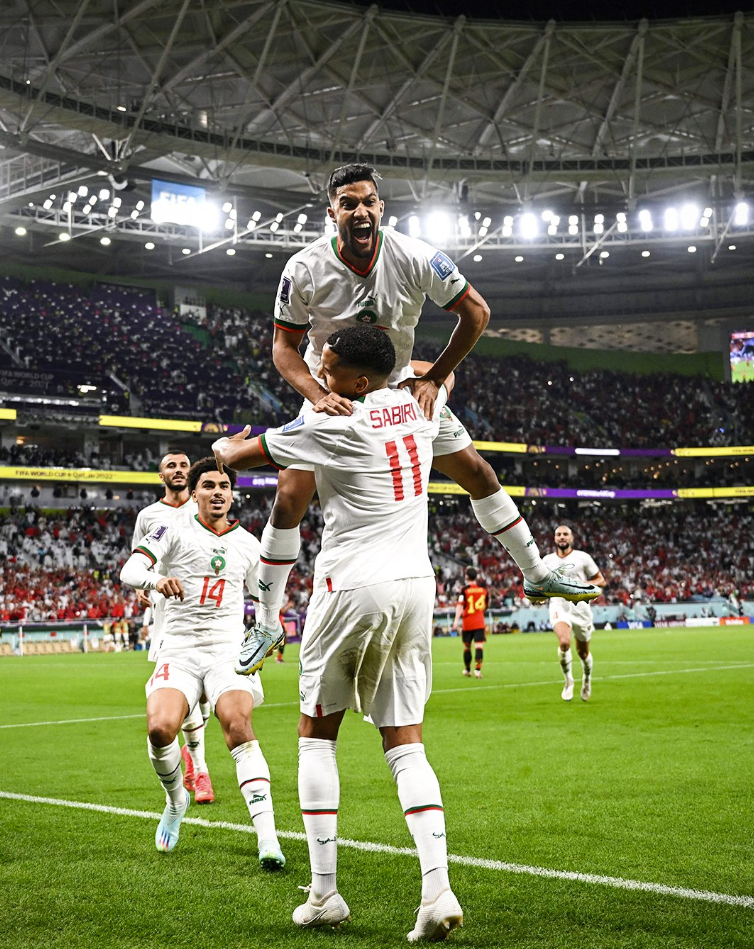 Sabiri curled a free-kick into the box which evaded everyone, including Belgian goalkeeper Thibaut Courtois.

Saiss was again loitering in the vicinity of the Belgian goalie, although this time he was onside and the goal counted.

Belgium were caught cold in stoppage time when Ziyech latched upon a loose ball, cutting it back for substitute Aboukhlal to steer a brilliant effort beyond Courtois and into the top corner at the near post.

Aboukhlal sealed the win for Morocco in the 93rd minute.

In more immediate terms, it puts the Moroccan team top of the Group F standings on four points from two games, following their creditable 0-0 opening draw with Croatia.

Roberto Martinez’s disappointing Belgium – the number-two ranked team in the world by FIFA and third-place finishers in Russia four years ago – are second with three points after their tense opening win against Canada.