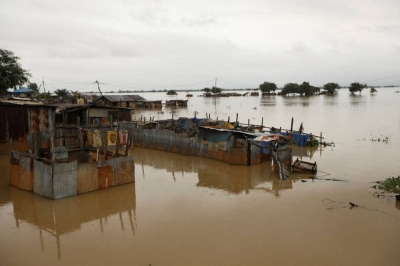 The House of Representatives Committee on Ecological Fund has warned of an impending food crisis brought on by the floods that has devastated regions of Nigeria, claiming that the environmental disaster will also cause damage to public infrastructure.

The Reps committee’s second investigative hearing on the floods and the use of ecological monies over time was held in Abuja on Wednesday, but a number of ministries, departments, and organizations chose not to attend.

In his opening remarks, Ibrahim Isiaka, the chairman of the Reps Committee, predicted that the country would soon experience the negative effects of the floods, particularly during the dry season.

We will not feel the impact as we speak, but as the months roll by, we should not deceive ourselves, farmlands have been eroded; that floods has affected crops and farmers who could not go to farms.

Definitely, we are going to experience food scarcity. Definitely during the dry season, animals would equally have no place to take their greens. So, these are the things for which we are trying to sit down, jaw-jaw and find a way forward.

I want to say this with a level of hindsight, that there is no essence for the Federal Government or you and I to be clamouring and spending money to build bridges when we know that floods will wash those bridges away.

There is no point looking for trillions and giving to farmers; that we are supporting them to go and cultivate the farmlands when we know that at the end of the day, whatever investment in their labour, floods will still sweep everything away. There is no point building houses when we are talking about housing shortage in the country; and then you build the houses but at the end of the day, when it is flooding time, they are washed away. That is a wasteful expenditure.

So, a stitch in time, we believe, will be able to save nine. If we cannot mitigate, let us control. But the best method of risk we are involved in is elimination. And it starts now.

Earlier, the Director-General of the National Emergency Management Agency, Mustapha Ahmed, noted that since the floods came, the agency had responded to over 1, 427,370 displaced persons in all the states of the federation and the FCT.

He said NEMA was providing food and non-food items for immediate relief and building materials to facilitate long-term rehabilitation of the impacted population.

ASUU Reveals Deal To End Strike Will Be Signed Soon