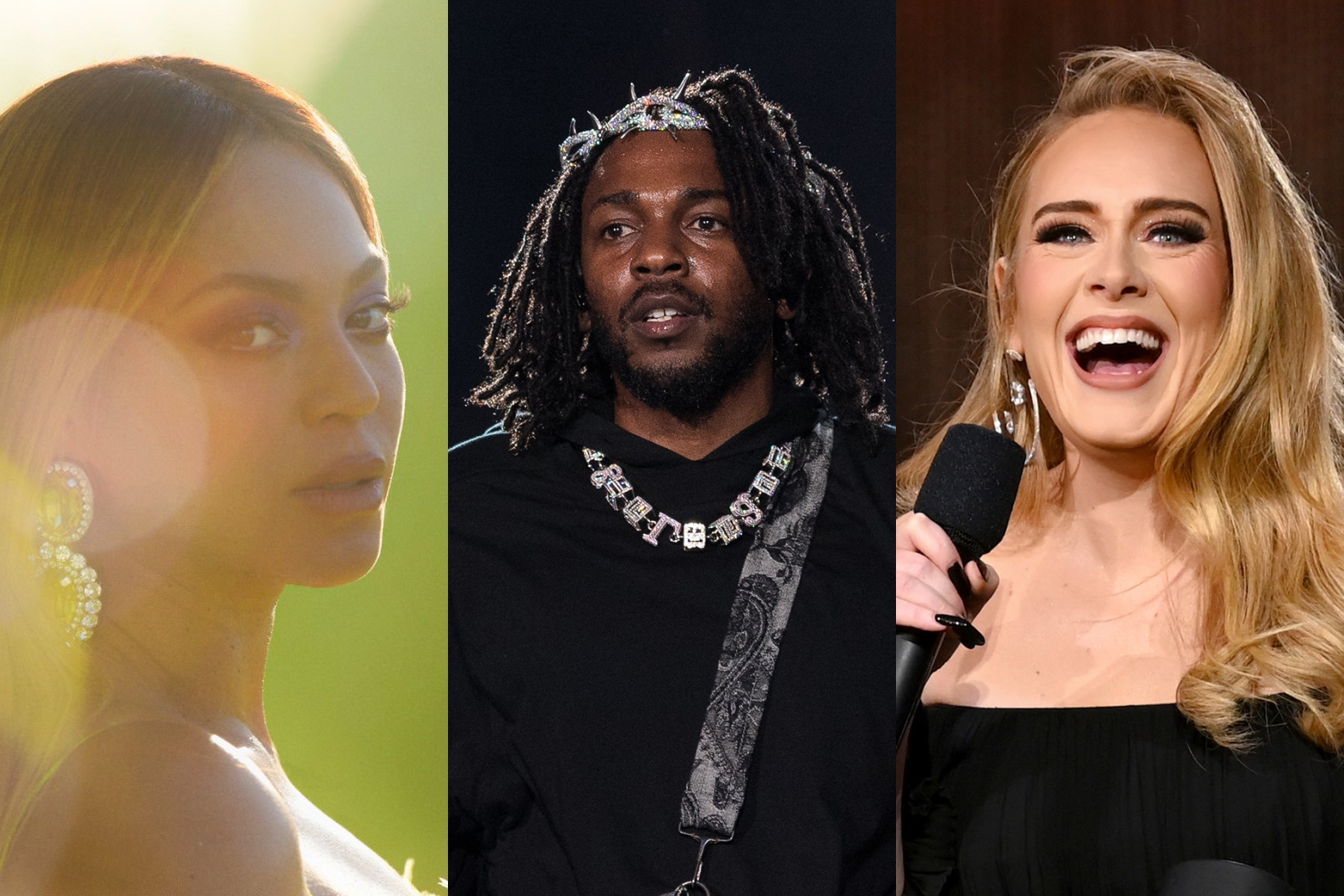 Beyonce, Kendrick Lamar, and Adele will all vie for multiple prizes at the 65th Grammy Awards, taking place on Feb. 5, 2023.

Beyonce led all nominees this year, earning nine for her celebrated album, Renaissance. Lamar’s Mr. Morale and the Big Steppers helped him earn eight nominations, while Adele and Brandi Carlile tied with seven for their records, 30 and In These Silent Days, respectively.

Now in its 65th year, the annual award ceremony recognises the best music released between the eligibility period – October 1 2021 to September 30 2022.

All four of those artists, and their aforementioned albums, are up for Album of the Year, alongside ABBA’s comeback record Voyage, Mary J. Blige’s Good Morning Gorgeous, Coldplays’ Music of the Spheres, Lizzo’s Special, Harry Styles’ Harry’s House, and Bad Bunny’s Un Verano Sin Ti. The nod for Bad Bunny is particularly significant as it marks the first time an album from the Latin music field has ever been nominated for Album of the Year.

Beyoncé, Adele, Lamar, and Carlile are also up for Record of the Year for “Break My Soul,” “Easy on Me,” “The Heart Part 5,” and “You and Me on the Rock” (featuring Lucius), respectively. The rest of that category includes ABBA’s “Don’t Shut Me Down,” Blige’s “Good Morning Gorgeous,” Doja Cat’s “Woman,” Steve Lacy’s “Bad Habit,” Lizzo’s “About Damn Time,” and Styles’ “As It Was.”

And rounding out the big three categories, Song of the Year boasts “Break My Soul,” “Easy on Me,” “The Heart Part 5,” “As It Was,” “About Damn Time,” and “Bad Habit,” alongside Gayle’s TikTok hit “Abcdefu,” DJ Khaled’s monster posse cut “God Did,” Bonnie Raitt’s “Just Like That,” and Taylor Swift’s indomitable “All Too Well (10 Minute Version).”

As for the final major category — Best New Artist — there doesn’t seem to be a clear-cut favorite like Olivia Rodrigo last year (in fact, none of this year’s nominees are up for one of the other big three prizes). There’s also an interesting mix of genuinely new artists, but also some that have been around for a few years but may finally be “new” to Grammy voters: Anitta, Omar Apollo, Latto, Wet Leg, DOMi and JD Beck, Muni Long, Samara Joy, Molly Tuttle, Tobe Nwigwe, and 2021 Eurovision winners Måneskin.

While the big categories at the 2023 Grammys are stacked with heavy pop hitters, it seems inevitable that the narrative around next year’s show will distill down to Beyoncé and Adele. While Beyoncé is the most decorated female artist in Grammy history, she’s only won a major category once (Song of the Year for “Single Ladies”) and feels especially overdue for an Album of the Year award.

Her last big chance to win Album, Song, or Record of the Year was in 2017 with Lemonade and “Formation” — but Adele ended up sweeping all three with 25 and “Hello.” (Adele even seemed put off by it all, spending a chunk of her Album of the Year victory speech raving about Lemonade.)

Tems Credited As Songwriter On Beyonce’s…