You Are After Atiku’s Money — Keyamo Blasts Dele Momodu 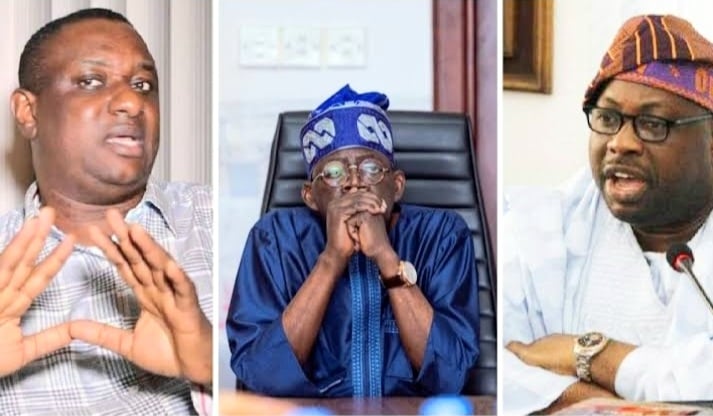 Minister of State for Labour, Festus Keyamo has made known that Peoples Democratic Party (PDP) chieftain, Dele Momodu was only after Atiku Abubakar’s money.

Momodu, who holds the same position in the PDP campaign, had called Keyamo a nuisance and a figurehead in the Buhari administration.

In reply, Keyamo called the publisher a miserable fellow that overrated himself but crashed like a wingless bird from a futile presidential ambition.

The minister said Momodu and ended up as an hyperactive hireling and attack-dog of perhaps the worst serial loser in Nigeria’s electoral history.

Keyamo noted that his opponent’s only CV to make an attempt at the presidency is no more than mere photo ops with celebrities and the high-and-mighty in society.

This is the sad story of a hopeless clown in his sixties, desperately looking to pick whatever pieces are left of his life by shamelessly worming his way into the pockets of Atiku Abubabar.

The APC chieftain said Momodu made himself available to execute dirty jobs against his long-standing benefactor, Bola Tinubu.

Keyamo said Momodu was quick to don the toga of “freedom fighter” on behalf of ex-Lagos governor Akinwunmi Ambode for not getting a second term ticket in APC in 2018.

The Senior Advocate noted that despite serving as a “PR consultant” to Ambode, Momodu came out to praise Tinubu on October 26, 2019 in his column.

Keyamo said Momodu operates from the lowest rung of moral debauchery, adding that the PDP official is a man who provides his next meal ticket.

Atiku is the latest victim of this con man. If by God’s grace Asiwaju wins the presidency next year, expect Mr. Momodu to do another somersault by shamelessly composing another Oriki (praise).