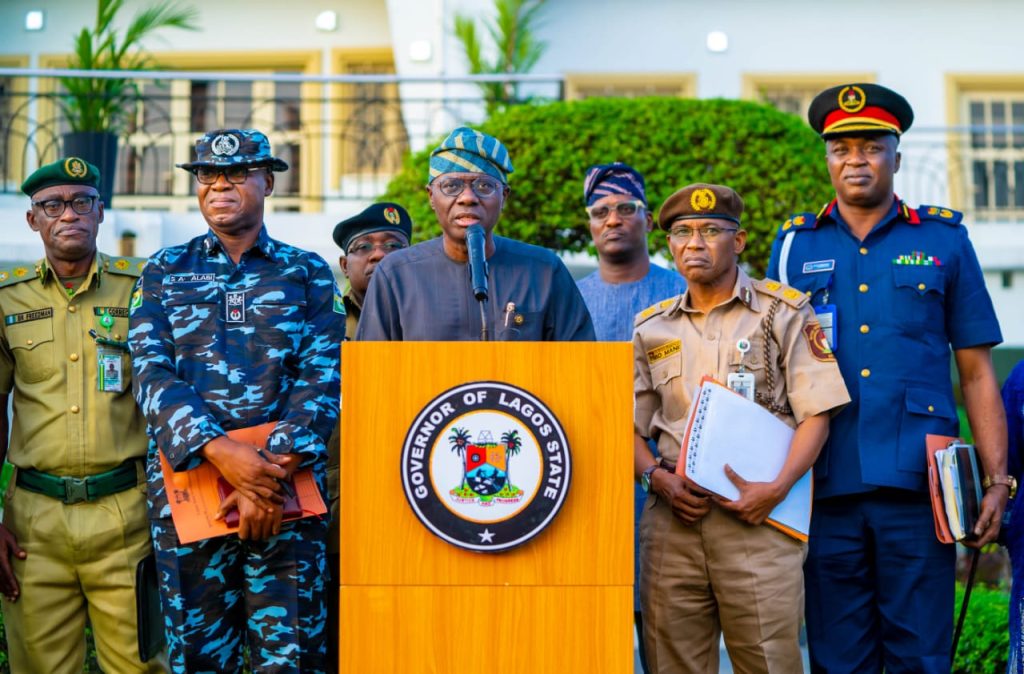 Governor Babajide Sanwo-Olu of Lagos State on Thursday reiterated the need for creation of state police in Nigeria.

Sanwo-Olu reiterated the call when the Commissioners of Police Service Commission (PSC), led by the acting Chairman, Retired Justice Clara Ogunbiyi, paid him a courtesy visit at the Lagos House, Marina.

He said this would help governors to protect the life and property of their residents, which they had sworn to, as well as ensure peace and tranquillity within their states.

The governor said that his administration would continue to provide adequate first-class security for the entire local and foreign residents within the state.

We reiterate and seek your cooperation on our collective agitation for a State Police. This is my view and the view of a lot of my colleagues and citizens.

Giving the age of our democracy, policing at the community level is not only desirable, but it is also important and it is what should be done and what we require.

We will continue to advocate for State Police. We have said that State Police is not in any form to retrench or reduce whatever the Nigerian Police is doing now.

We also know that if you look at the ratio of policemen to our huge population, we are still far from what it should be.

So, for us, it is really another level of employment generation; providing what we are sworn to do, which is the protection of life and property; ensuring there is peace and tranquillity within our state.

The governor said the move was constitutional and has been pushed at various stakeholders’ levels.

The population is growing on a daily basis and we need to be proactive to be able to respond and be able to ensure that we don’t have space for criminal-minded people or people that have other intentions within our own territory.

Sanwo-Olu, who commended the work of the Lagos Police Command led by the State Commissioner of Police, Abiodun Alabi, said his administration would continue to encourage the Police to do what was right at all times.

Tinubu Discloses Plan Ahead Of 2023 Election