Nigerian actress, Halima Abubakar has disclosed that she is not yet prepared to desist from the ongoing feud with renowned preacher, Apostle Johnson Suleman.

The actress on Friday, September 23 shared several screenshots of her alleged conversation with the founder of the Omega Fire Ministries.

This is coming several days after she disclosed that she indeed had a relationship with him.

Suleman has since denied the allegations during a service in his church.

As a matter of fact, he threatened to sue the blog and ‘bring them down’. Following his denial that he was engaged in extramarital affairs with Nigerian entertainers, Halima Abubakar took it upon herself to publicly humiliate the preacher.

Reopening their feud, Halima threatened to disclose more secrets on social media if anyone tried to bully her with unnecessary messages.

She also took a swipe at Shan George, whom she claimed was working hand in hand with Apostle Suleiman to cover up blogs and make her a liar.

While responding to a troll who faulted her for having a relationship with a married man and trying to gain sympathy from others.

Halima disclosed how she met the highly revered minister of God, claiming she met him as a separated businessman with three kids.

Halima took to her Instagram story to reiterate that she didn’t know he was married when she dated him.

According to her, their affair was 11 years ago.

To buttress her claim, Halima took to her Instagram stories on Friday afternoon to share more screenshots of her alleged conversation with the preacher.

Halima noted how she has been covering him for years, and now “he wants to play with her“.

Warning him, she claimed that the clergyman pursued her for 6 months.

“I really tried covering for you for years. Na me you want to play? You wey use 6 month pursue me. You know I have everything. Don’t play with me. Professional liars,” the actress wrote.

See screenshots of her alleged conversation with Apostle Suleman. 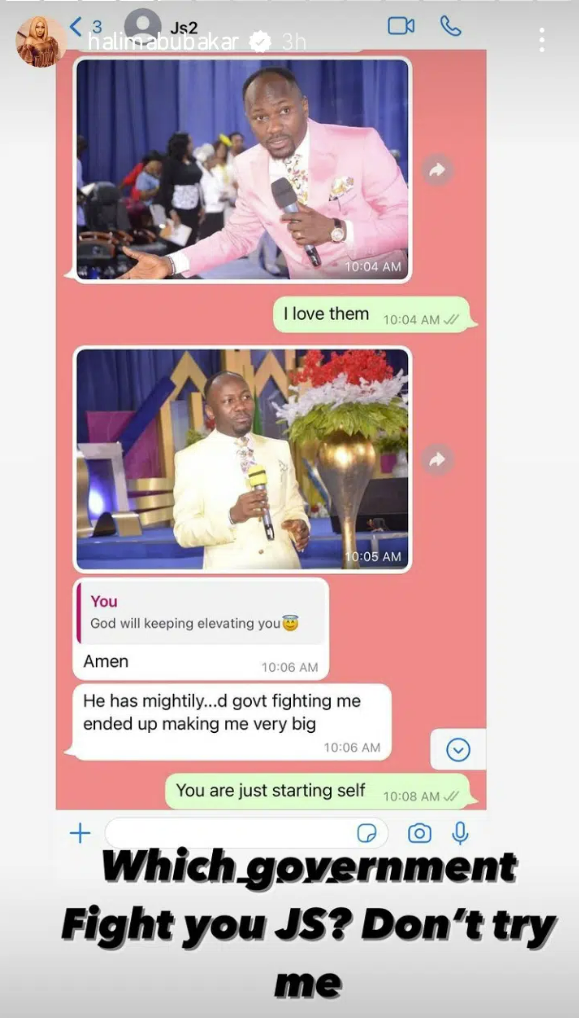 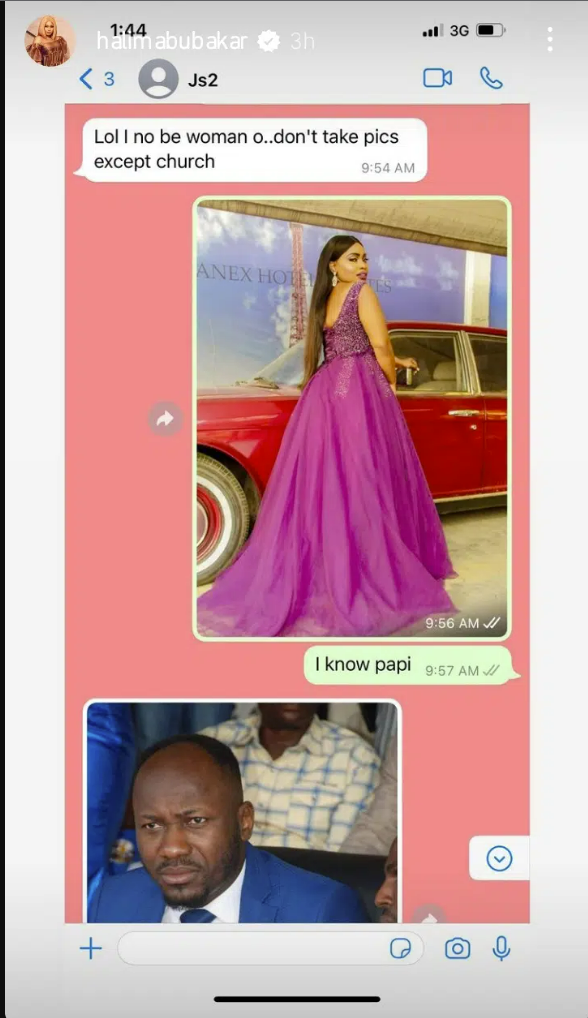 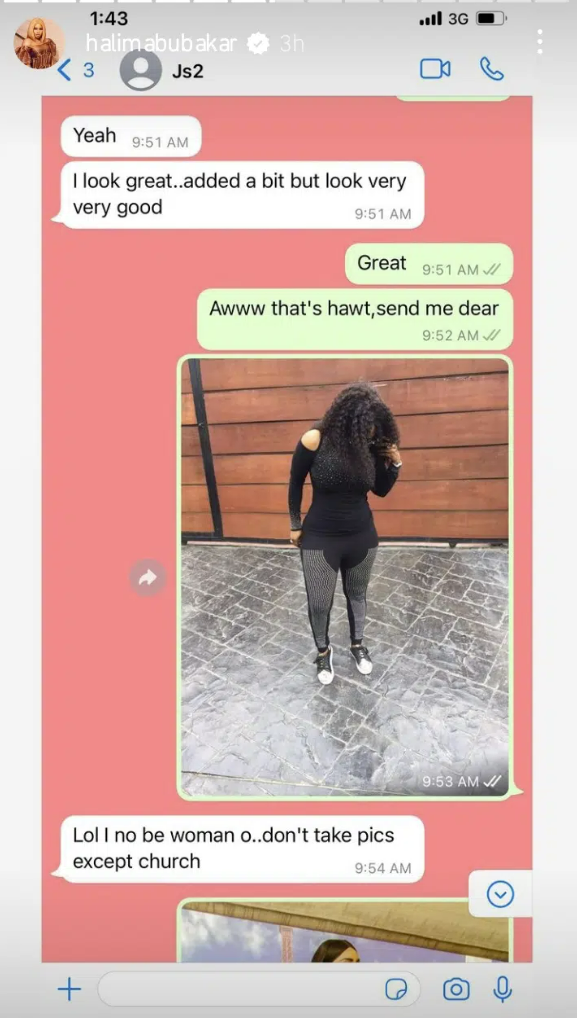 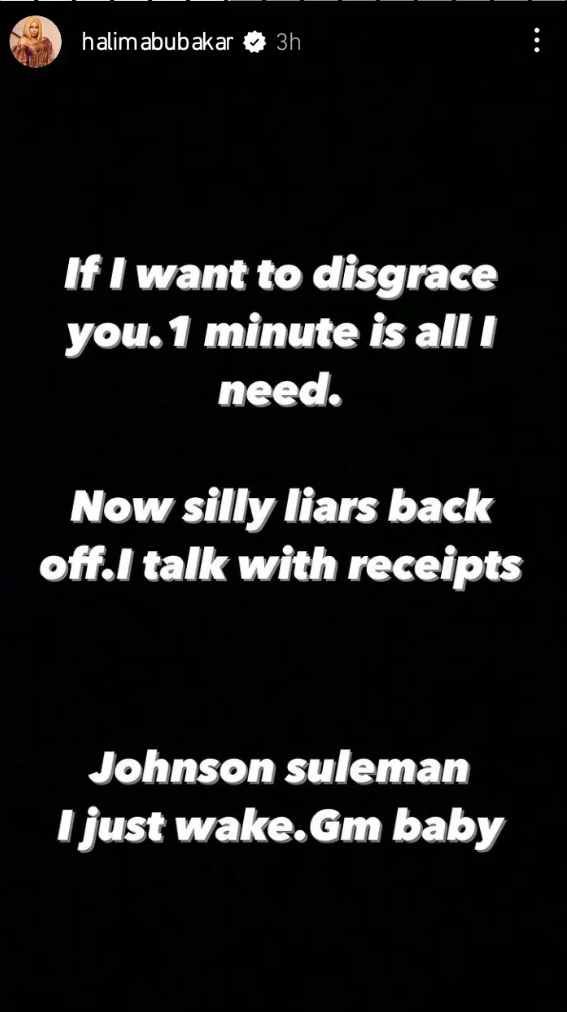 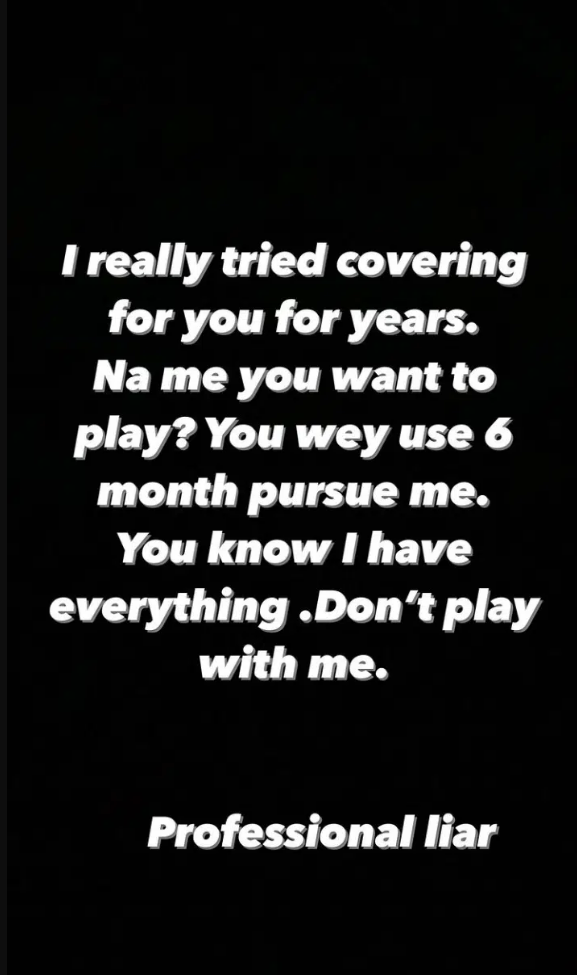