Now in its seventh season, the Big Brother Naija reality show known as BBNaija: Level Up which premiered on 23 and 24 July 2022 is already thrilling viewers with twists and intrigue.

The show has also seen people turning to Google to find out more about their favourite housemates, the house and where to watch the show. When the show started airing in July, 28 housemates were originally admitted into two houses, Level 1 and Level 2 to compete for the grand prize of one hundred million Naira.

So far, there have been twelve evictions, two fake housemates leaving, and a housemate who was ejected from the competition. Still, as the interest in the show remains high, there are housemates who are dominating when it comes to online searches with different regions across the country showing clear favourites.

Bella, Beauty and Khalid lead with the most searched interest, followed by Hermes, Daniella and Amaka.

Bella who is in a relationship with fellow housemate Sheggz has been trending for confrontations with her housemates, getting a strike from Big Brother for disobedience and provocation, causing reactions over her culinary skills, and recently- having a brawl with fellow housemate and head of House (HOH), Phyna.

Former Miss Nigeria, Beauty also made it as one of the top trending Big Brother Season 7 housemates. She was ejected just two weeks into the show following a physical argument with a housemate, Groovy.

Khalid who was the second level 2 housemate to be evicted also featured as a trending housemate because of his on-screen romance with housemate, Daniella. While Bella, Hermes and Daniella have received the most search traffic overall, Daniella has generated the biggest search spike so far. 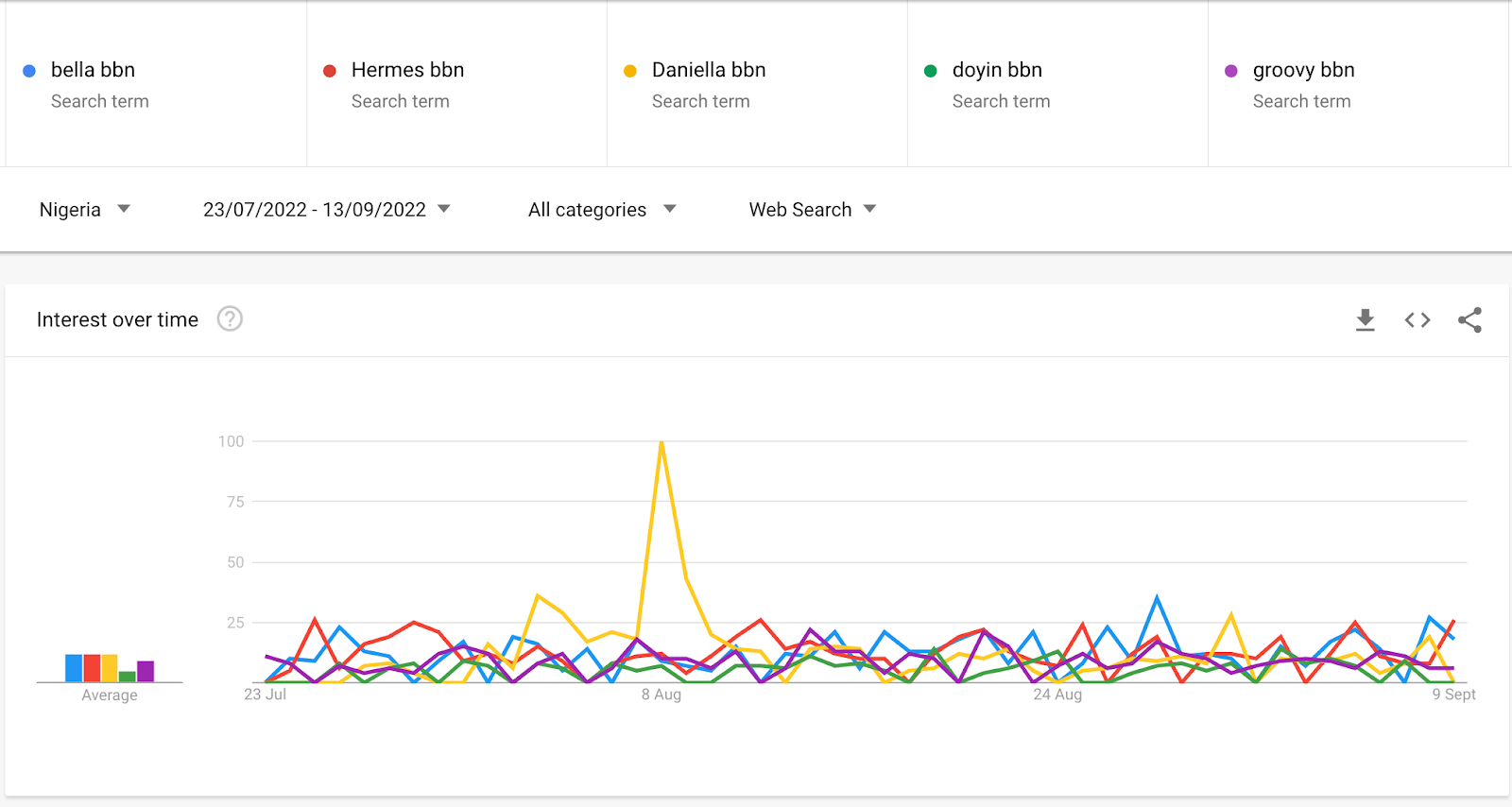 Regionally, Bella has drawn the most interest from Lagos, Osun, Kwara, Abuja, Kaduna and Enugu. Hermes received the most search interest from Plateau, Benue, Ekiti, Delta and Abia. Daniella leads in Kogi, Cross River, Akwa Ibom, Rivers, Imo, Edo, Ogun and Oyo while Groovy generated the most searches in Ondo and Anambra. 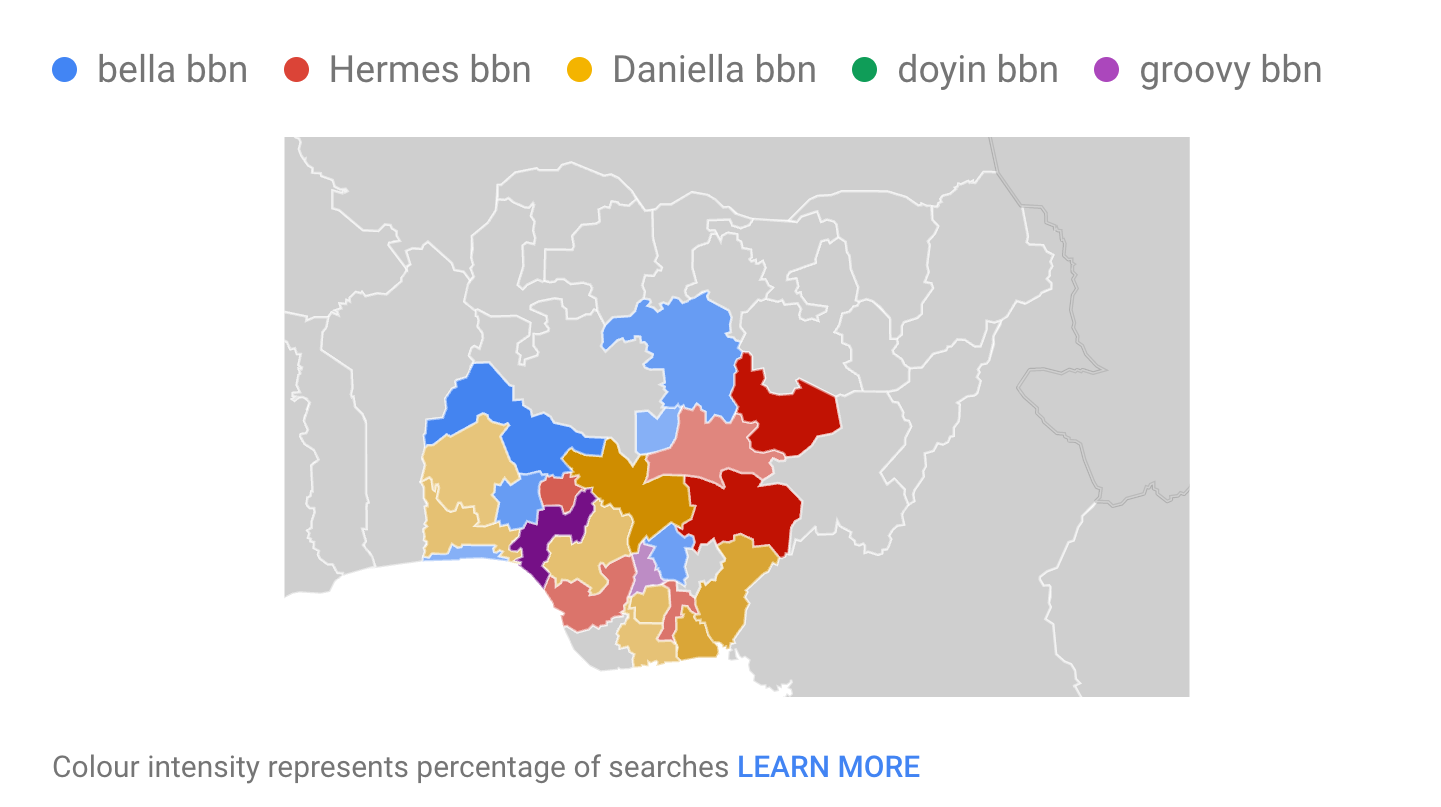 Here are the lists of the top trending Big Brother Naija Level Up housemates:

Specific questions asked about the BBNaija reality show have also revealed the level of interest for netizens in Nigeria. Some of the top questions asked online are, “What channel is BBN on GOtv?”, “Who is Big Brother Naija in person?” and “How old is Diana’s big brother?”.

Below is a list of the top questions that have sparked the curiosity of Nigerians online with regard to the BB Naija Season 7 reality show.