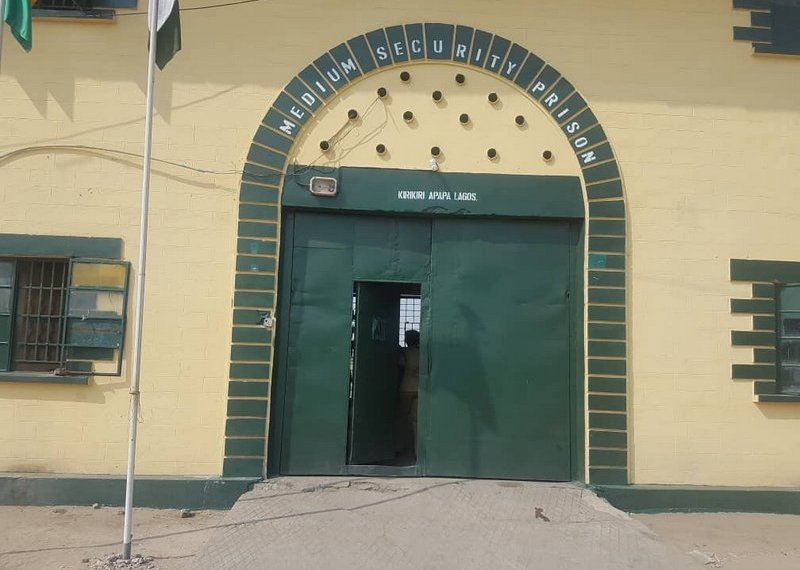 Abubakar Mohammed, 23, a prison escapee from Kuje who is charged with terrorism, was apprehended by the Adamawa State Police Command as he attempted to return to his native Bama Local Government in Borno State.

Mohammed was detained along the border between Adamawa and Borno State, according to a news release issued by the police and signed by Sikiru Akande, the commissioner of police, on Thursday, July 21.

The commissioner revealed that the captured escapee had been held since 2017 at the Kuje facility because to allegations of involvement in terrorism.

Additionally, according to Akande, the command detained 12 people who were suspected of being kidnappers and armed robbers and recovered a variety of firearms from them.

After being attacked by terrorists believed to be Boko Haram members, inmates escaped the Kuje jail in the capital of Nigeria.

Former vice president Atiku responded by expressing concern that the hardcore offenders who escaped the facility may cause more security issues in the Federal Capital Territory, Abuja.

In a tweet, he alleged that because Nigerians were unable to “establish a regime of law and order in which the arrest and punishment of criminals will be made a priority,” the nation’s security has continued to worsen.

I am concerned and saddened by reports of the attack on Kuje Prison by suspected terrorists.

My concern arises not only from the prospects of the escape of detained terrorists and hardened criminals but of its implications for the security of lives and property to residents of Abuja and its environs.

I wish to restate what I said on Monday that our inability to enthrone a regime of law and order in which the arrest and prosecution of criminals will be made a priority as a deterrent to copycats is the reason why insecurity continues to fester in our country.

Timi Dakolo Cautions Politicians, Says ‘It Is Difficult To Fool This Generation’