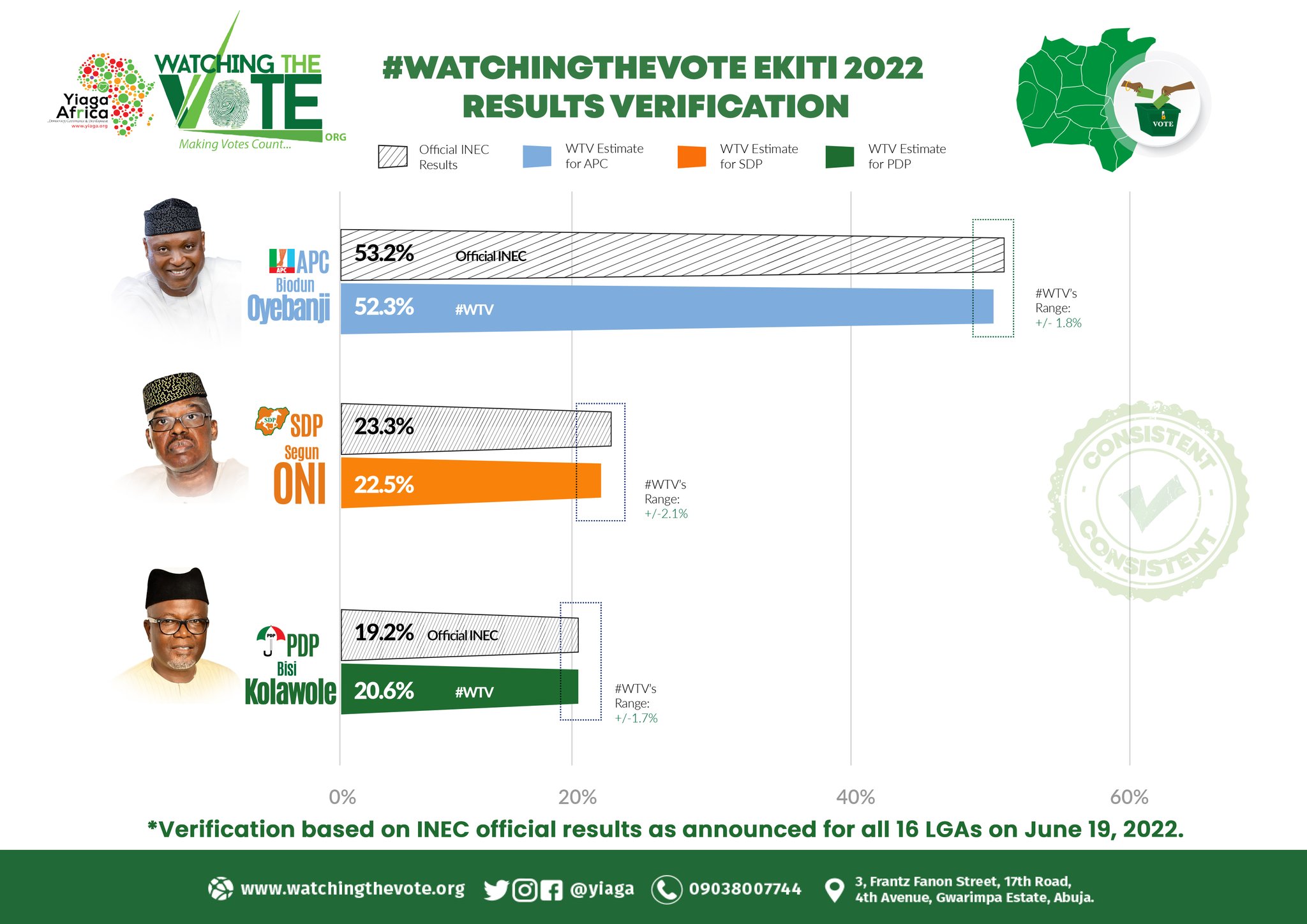 Mr Ezenwa Nwagwu, Board Member, Yiaga Africa, made this known in the group’s final verification statement on the Ekiti election on Sunday, June 19, in Abuja.

The INEC result falls within Yiaga Africa’s Parallel Vote Tabulation (PVT) which is an election observation methodology based on a representative random sample of polling stations and is employed for independent verification.

Nwagwu said that Yiaga Africa deployed 500 observers in pairs to a representative random sample of 250 polling units and 25 mobile observers in all the 16 Local Government Areas (LGAs) among others.

He said that the deployment strategy enabled the organisation to provide timely and accurate information on the election day process beginning from the set-up, voter accreditation, voting, and counting to independently verifying the result.

The process and results verification statement is based on reports from 245 to 250 (98 per cent) sampled polling units in Ekiti State.

Based on report of the sampled polling units, Yiaga Africa’s statistical analysis shows that the All Progressives Congress (APC) should receive between 50.5 per cent and 54.1 per cent of the vote.

No other political party should receive more than 5.5 per cent of the vote. The PVT statistical analysis is based on the number of registered voters and not the number of Permanent Voter Cards (PVCs) collected.

Nwagwu said that with this, INEC official results for the 2022 Ekiti state governorship election was consistent with Yiaga Africa’s because it fell within its estimated range.

Nwagwu said that it was important to highlight that the counting process at polling units was transparent and included representatives from the four political parties that received the most votes.

2023 Elections: INEC In Talk With Meta To Eradicate Fake…