MURIC Describes Wike As Muslim-Hater, Warns Atiku Against Choosing Him As VP 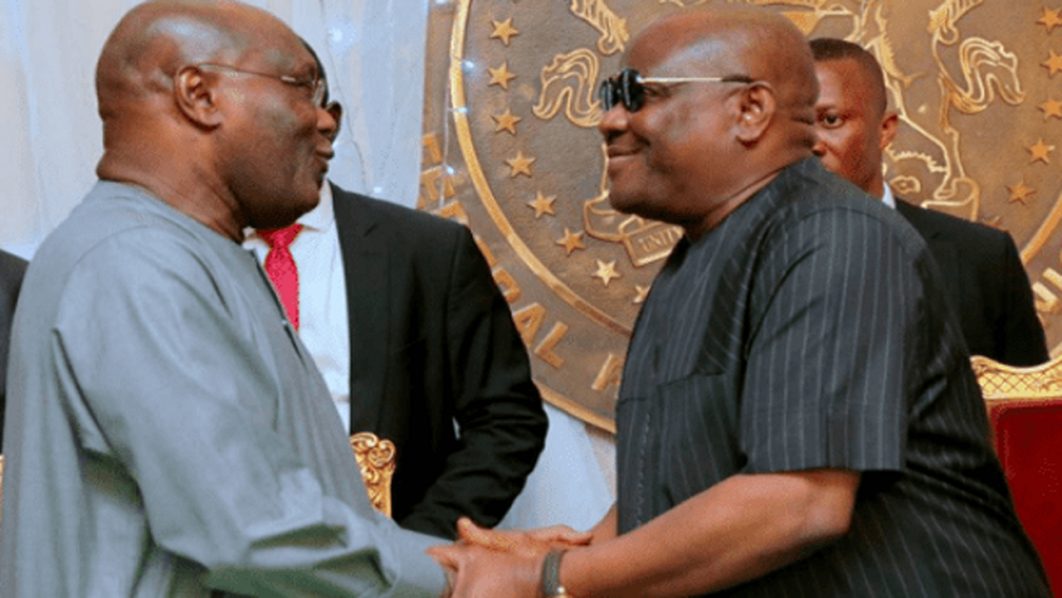 Muslim Rights Concern (MURIC), an Islamic rights advocacy group, has strongly advised the presidential candidate of the Peoples Democratic Party (PDP) Atiku Abubakar, not to pick Governor Nyesom Wike of Rivers State as his running mate in the 2023 election.

The Islamic rights group is of the opinion that Wike might create a worse situation as well as an unconducive environment for Muslims in Nigeria if he becomes a vice president of the country.

Professor Ishaq Akintola, MURIC Director-General made this call via a statement issued on Tuesday, June 14.

He noted that if Atiku is desirous of getting votes from Muslims in the election, he should not pick Wike as his vice presidential candidate as the Rivers Governor is “one of the bigoted Christian governors who had been blacklisted by Nigerian Muslims.”

Wike is an open enemy of Islam, a Muslim-hater primus inter pareil; and also an unrepentant mosque destroyer,” the statement said.

The extremist remarks of Wike are still on record. He declared Rivers State a Christian State contrary to the constitution.

Wike should not be allowed to hold any post at the federal level. Wike hates the sight of mosques; and is ready to use his office as the number two citizen of the country to destroy all mosques in Nigeria.

The Rivers State Governor is intolerant, unpredictable and violence-inclined and does not have the trust of Muslims in Nigeria; and will definitely be a bad market for Atiku.

We, therefore, advise Alhaji Atiku Abubakar to avoid Wike by all means.