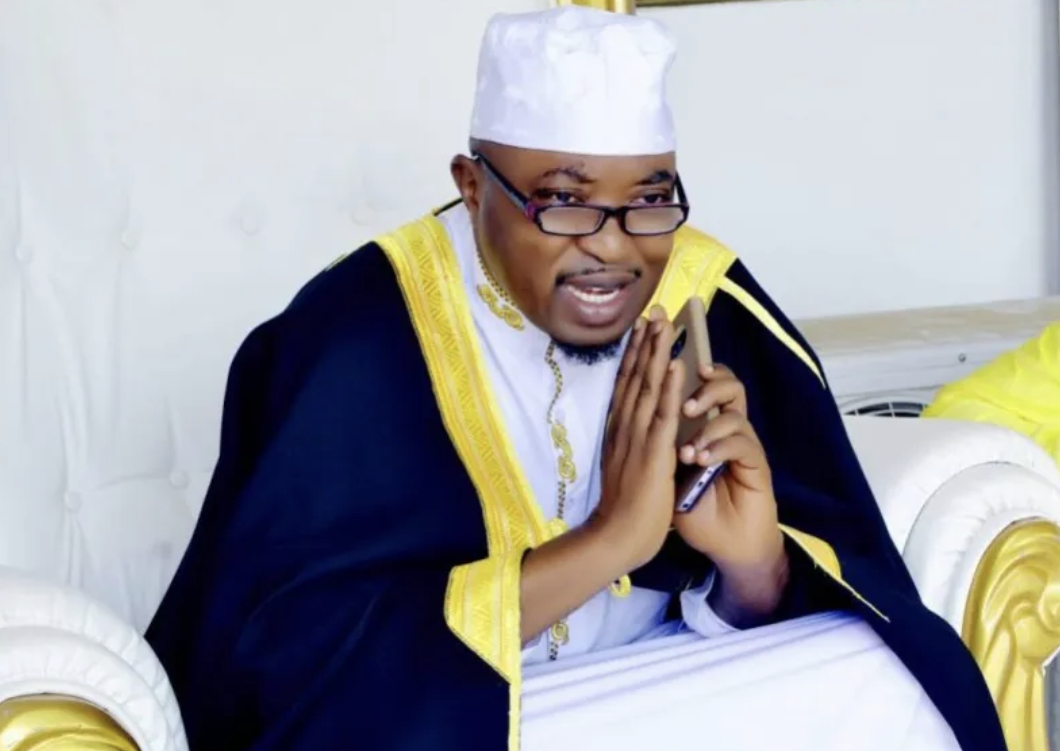 The wedding is billed to hold on March 19, 2022, at the residence of the of Kano, in the ancient city of Kano.

A reception, strictly for ladies, will later hold at The Gidan Rumfa, the palace of the Emir of Kano.

The Oluwo, who divorced his Jamaican wife in 2019, found his love again from the Ado Bayero Dynasty in Kano.

According to PremiumTimes, a palace source on Tuesday, who disclosed details of the forthcoming wedding, described the bride-to-be as 27-year-old and “extremely beautiful”.

He also revealed that she is Ado Bayero’s granddaughter and the Emir of Kano’s niece.

Mr Akanbi, who became the Oluwo of Iwo in November 2015, at 48, married his first wife, Jamaican Chanel Chin, shortly after he was enthroned.

According to the monarch, the union which produced a son named Oduduwa, ended due to irreconcilable differences.

Ms. Chin is the daughter of Jamaican reggae star Ludlow Chin, also known as “Bobo Zaro,” best known for the song ‘Pain,’ a collaboration with Capleton.

In February, a letter surfaced on the internet, suggesting that the Oluwo requested N20m from the governor of Osun state to finance his wedding since it was a ‘marriage of two important institutions in Nigeria.’ 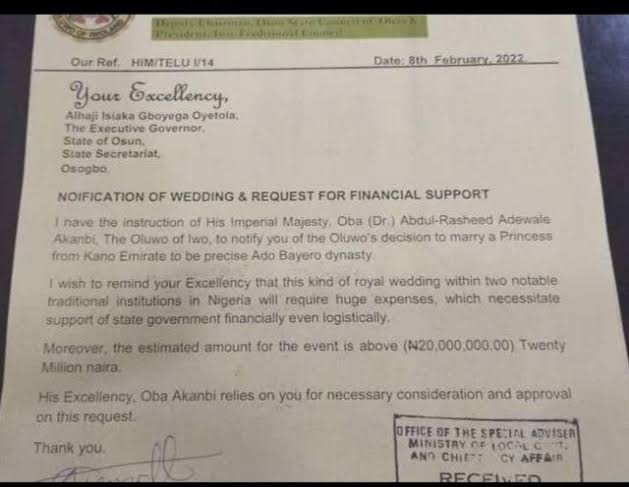 However, a spokesperson for the monarch disowned the letter, saying the communication did not emanate from the palace.

He said the letter lacked the basic in-house style of Oluwo’s correspondences, stressing;

Oluwo always appends his signature while writing the government. Marriage is a personal affair. There is no marriage venture too big for the Oluwo to finance on his own.