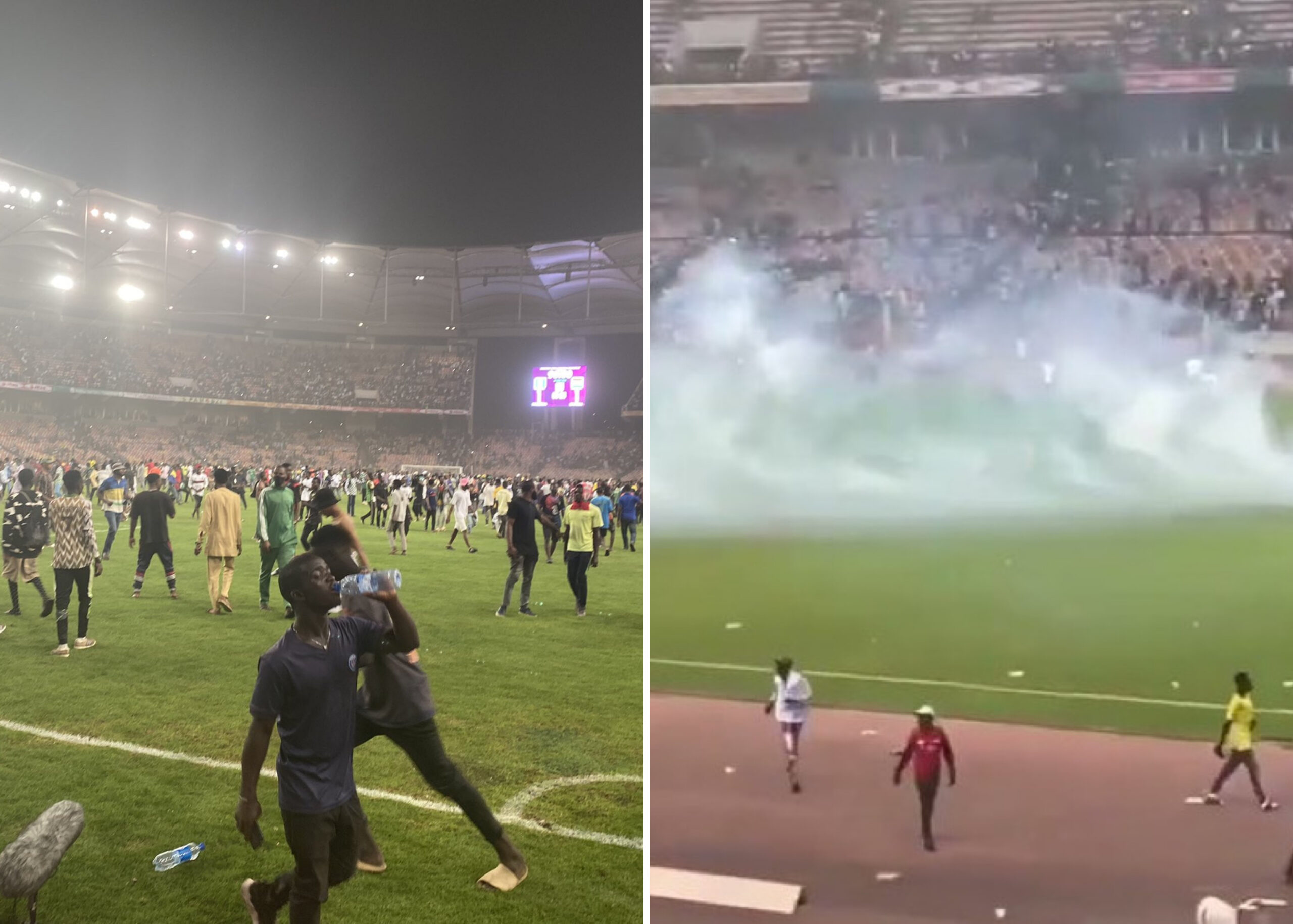 Pandemonium broke out at MKO Abiola Stadium in Abuja after Super Eagles of Nigeria failed to qualify for the 2022 World Cup in Qatar after a 1-1 draw with Ghana.

Shortly after the final whistle, angry fans invaded the pitch, chased all the players away, and vandalised stadium facilities.

Although the match ended 1-1 in Abuja on Tuesday and 1-1 on aggregate, the away goal by Ghana secured the World Cup ticket for the Black Stars, making them qualify for the World Cup for a third time.

Black Stars took the lead through Thomas Partey’s long-range shot which somehow found a way past Francis Uzoho in the 10th minute. It had undertones of the goal that beat Maduka Okoye at the Nations Cup in January.

That goal counted double in the event that the match ended 1-1. The Eagles thus faltered at the last hurdle with almost everything in their favour after holding the Black Stars to a barren draw last Friday in Kumasi.

Watch the video of the invasion below;

Live video from National Stadium.
The fans are angry.#NGRGHA pic.twitter.com/8zJOFehFf8

Qatar 2022: Nigeria Fail To Qualify For World Cup After Draw With Ghana

Just In: NFF Finally Confirms Appointment Of Jose Peseiro As…