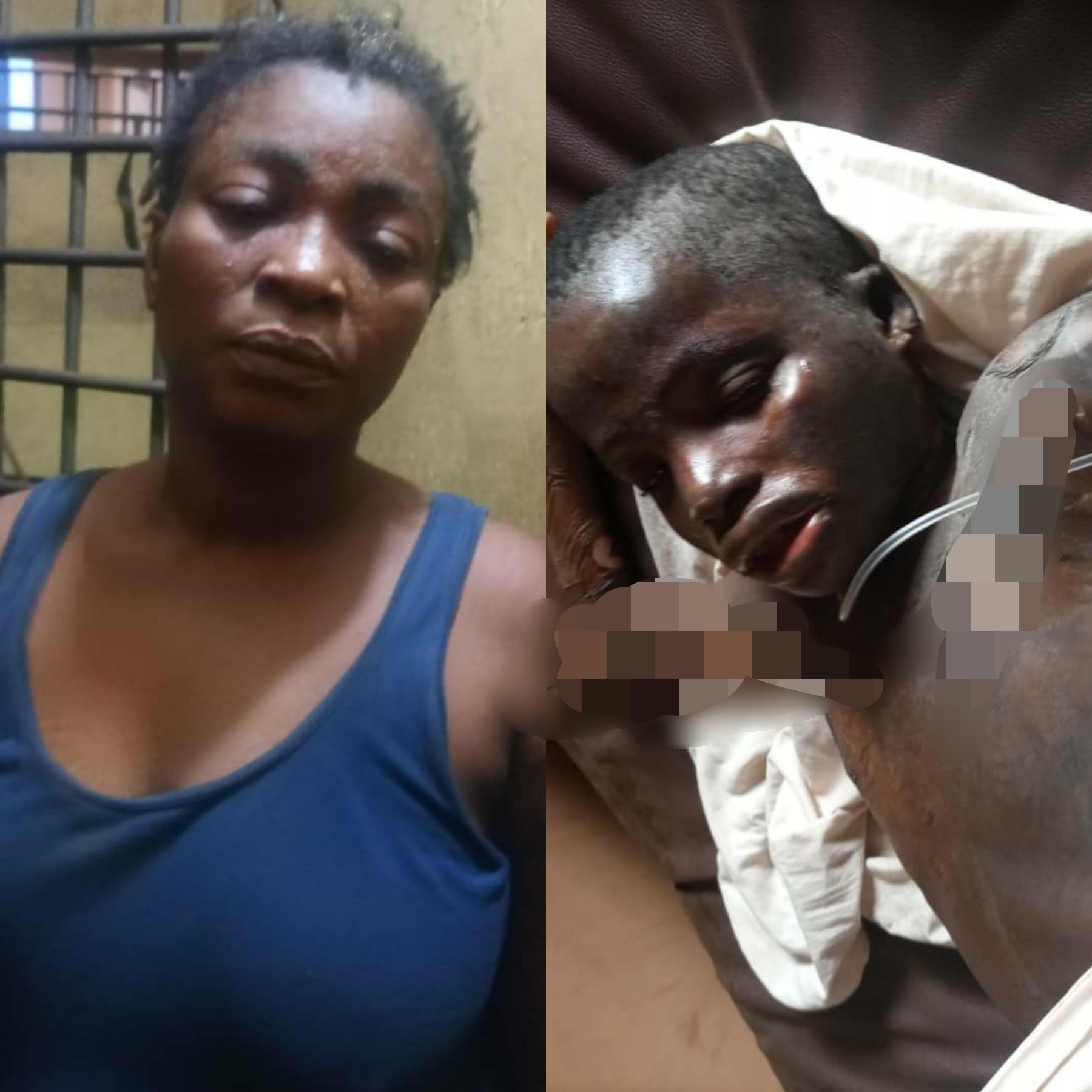 Men of Ogun state police command has arrested a housewife and mother of five for allegedly pouring petrol on her 10-year-old daughter and set her ablaze.

The suspect, Aisha Tijani was arrested following a report lodged at Mowe divisional headquarters by one Moroof Ayinde, who reported that the suspect who lives in the same house with him poured petrol on her little daughter and set her ablaze.

He stated further that, the woman got annoyed because the victim took a phone that was seized by her mother from one of her siblings and handed it over to sibling.

Upon the report, the DPO Mowe division, CSP Folashade Tanaruno quickly moved to the scene with the detectives and got the suspect arrested.

The victim, who had been badly burnt was rushed to the nearest hospital from where she was referred to Olabisi Onabanjo teaching hospital for proper medical attention.

On interrogation, the suspect, who claimed to have been separated from the father of the children, explained to the police that she didn’t know what came over her when she was carrying out the wicked act.

Confirming the arrest, the spokesperson of the state police command, DSP Abimbola Oyeyemi, said the commissioner of police, CP Lanre Bankole, has ordered the immediate transfer of the suspect to state criminal investigation and intelligence department for further investigation.