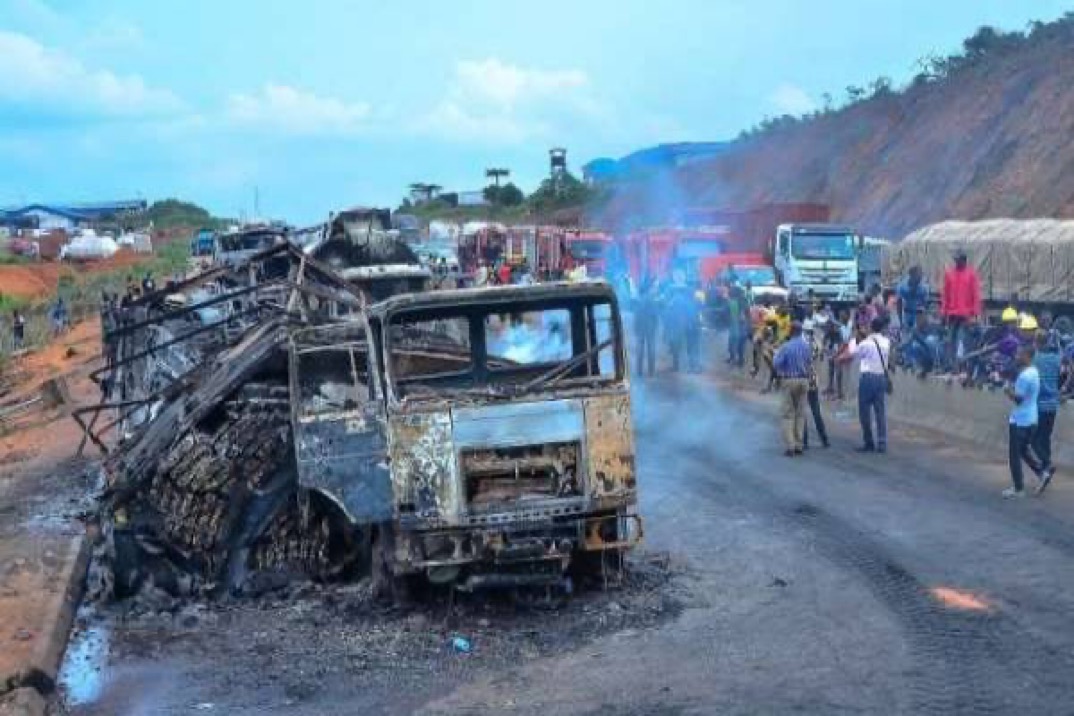 Seventeen persons have died in a road accident that occurred on Lagos/Ibadan expressway in the early hours of Friday.

Explaining what led to the incident, Okpe said the tanker had a head-on collision with a Mazda bus marked, ZT728 KLD.

The suspected causes of the fatal crash were route violation and dangerous driving, which resulted to head-on collision and fire outbreak.

The Sector Commander, Ahmed Umar, also noted that the crash was avoidable.

Okpe, however, noted that the total number of people involved in the incident is yet to be ascertained as many got burnt beyond recognition.

Meanwhile, the Ogun FRSC Sector Commander, Ahmed Umar, has described the crash as an avoidable one, urging caution and obedience to traffic rules and regulations.

Umar commiserated with the families of the victims, enjoining them to contact the FRSC office in Ogere for more information about the crash.