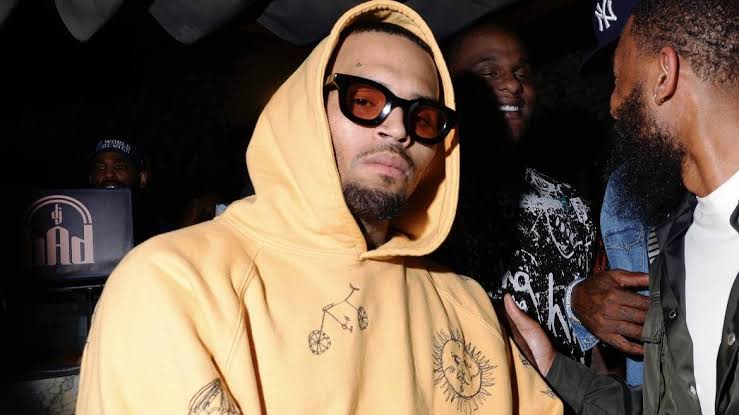 R&B singer, Chris Brown has been sued for $20 million by an anonymous woman accusing him of rape.

The 32-year-old singer has been hit with a lawsuit by an anonymous woman, who has claimed he drugged and raped her on December 30, 2020.

According to documents obtained by TMZ, the filing claims the alleged sexual assault occurred on a yacht at Sean ‘Diddy’ Combs‘ home on Miami Beach’s Star Island.

The woman described herself as a “professional choreographer, dancer, model and musical artist“.

The plaintiff, identified as Jane Doe, claims she was speaking to a friend via FaceTime when Brown grabbed the phone and told her to come to Miami immediately.

The woman claims once she arrived, the singer offered her a drink and motioned her towards the kitchen on the boat.

According to the report, she alleges that after going into the kitchen, he gave her a red cup containing a mixed drink as they started talking, before he refilled her cup.

Jane Doe claims she felt “a sudden, unexplained change in consciousness,” before feeling “disoriented, physically unstable, and started to fall in and out of sleep“.

The woman claims Chris then led her into a bedroom and closed the door before taking off her bikini bottoms and kissing her.

In the documents, she says she told him to stop, but he allegedly raped her. According to the complaint, Brown then ejaculated inside the woman, stood up, and told her that he was “done.”.

Jane Doe says the next day, she received a text from the star telling her to take Plan B, and while she was “distraught“, she claims she did so.

She is suing him for $20 million in damages, citing the severe emotional distress caused by the alleged assault.

Meanwhile, her attorneys Ariel Mitchell and George Vrabeck told TMZ that the woman didn’t report the allegation to police at the time because she was embarrassed and a medical student.

The two layers added that they’re “committed to victims being heard and would urge anyone with information to contact them“.