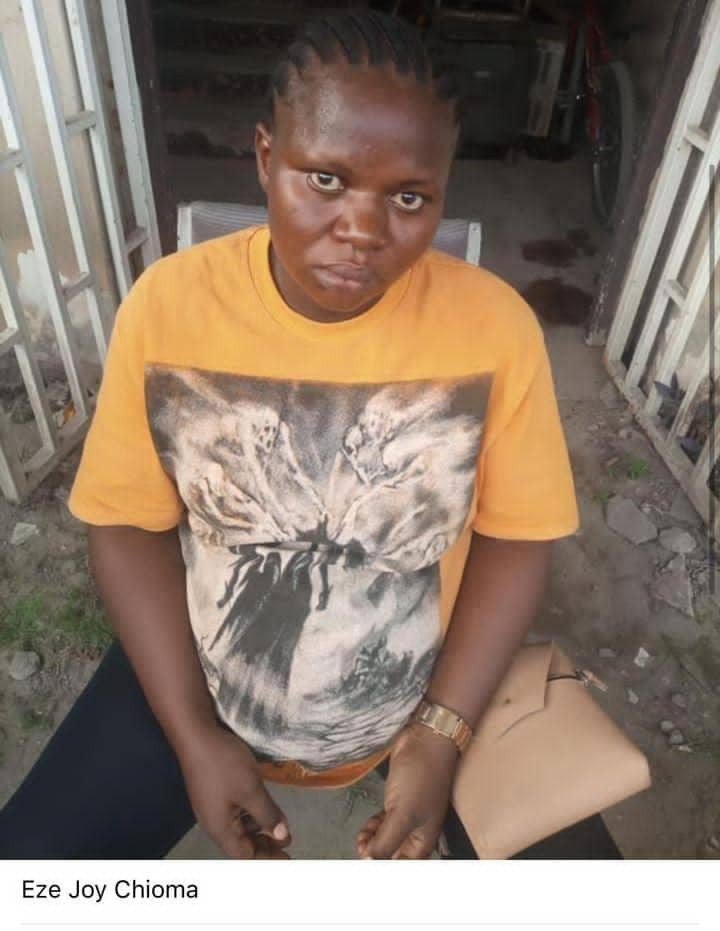 Operatives of National Drug Law Enforcement Agency (NDLEA) have arrested a pregnant woman, Eze Joy Chioma who was in possession of 1,442 kilograms of imported skunk.

Skunk is a cross breed of Cannabis sativa and Cannabis indica. Sativa is the more traditionally smoked outdoor-grown variety which occurs naturally in places like Colombia, Mexico, Thailand and Africa; Indica is a shorter, bushier variety found in Afghanistan.

The pregnant woman was arrested alongside four men including a 62-year-old Basset Emmanuel with 182,000 tablets of Tramadol during the raid of two clandestine drug stores in Lagos.

Director, Media & Advocacy of the agency, Femi Babafemi, in a statement on Sunday December 19, said that 27-year-old woman was arrested on Friday 17th Dec when operatives raided her store and home in Ojo area of Lagos.

He added that another suspect, Michael Oroke was also nabbed with 29kg of the illicit drug in the same location.

The previous day, 16th Dec, operatives had equally raided a hideout in Abule-egba area of the state where Basset Emmanuel, Ezekwem Lawrence, Mohammed Aliyu, and Suwidi Isiaku were arrested with 182,000 tablets of Tramadol 225mg. 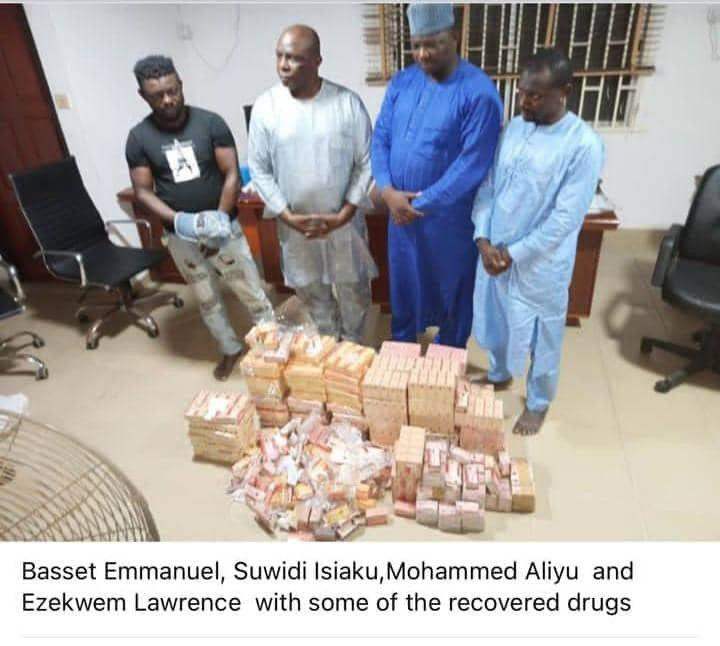 In similar raids across eight other states of Rivers, Kogi, Benue, Adamawa, Anambra, Edo, Ekiti and Ondo, over 4,000 kilograms of assorted illicit drugs were seized.

On Saturday 18th December, during a routine stop and search exercise along Aba/Port Harcourt expressway, by Obigbo, operatives intercepted a consignment of Tramadol in a commercial Toyota Hiace bus, with a waybill addressed to one Shadrach Udechukwu. 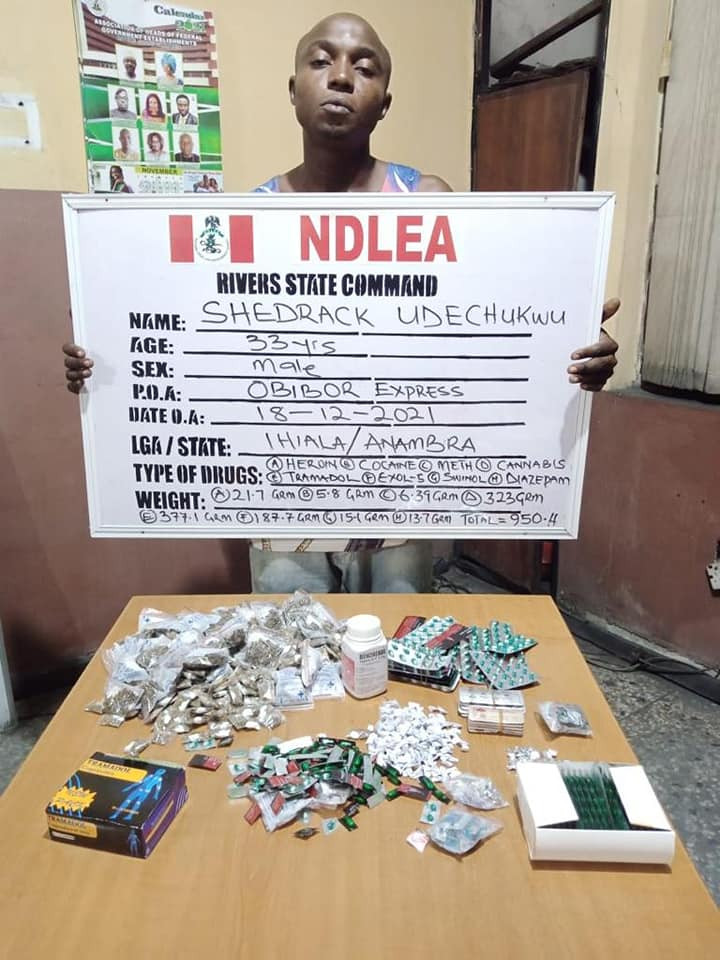 A follow up operation led to Udechukwus arrest and different quantities of Heroin, Cocaine, Methamphetamine, Cannabis Sativa, Tramadol, Exol-5, Swinol, and Diazepam recovered from him.

Also, at least 20,000 capsules of Tramadol coming from Onitsha, Anambra state were seized in Otukpo, Benue and a suspect arrested, while in Adamawa, a search operation in a house at Ajiya street, Jimeta led to the arrest of a female suspect, Maryam Yunusa with 16 pinches of Cocaine.

A raid at Success line, Marine modern market, Onitsha led to the seizure of 234kg cannabis and a suspect arrested, while in Edo state, Francis Eferi was arrested in Okpuje, Owan west LGA with 481kg cannabis and Emmanuel Amu with 81kg cannabis at Sobe.

In Ekiti, 1,420kg cannabis was recovered from Ara in Ikole LGA, while in Akure, Ondo state, operatives arrested one Mrs. Grace Henry in her residence at Itamo Igoba, with 573kg cannabis.

In other parts of the state, 450kg cannabis was seized along Ipele-Idoani road, and 420.5kg cannabis at Ogkogu camp, Ipele, both in Owo LGA.

Chairman/Chief Executive of NDLEA, Brig. Gen. Mohamed Buba Marwa (Retd) commended the officers and men of the 9 state commands for their resilience and charged them not to relent.