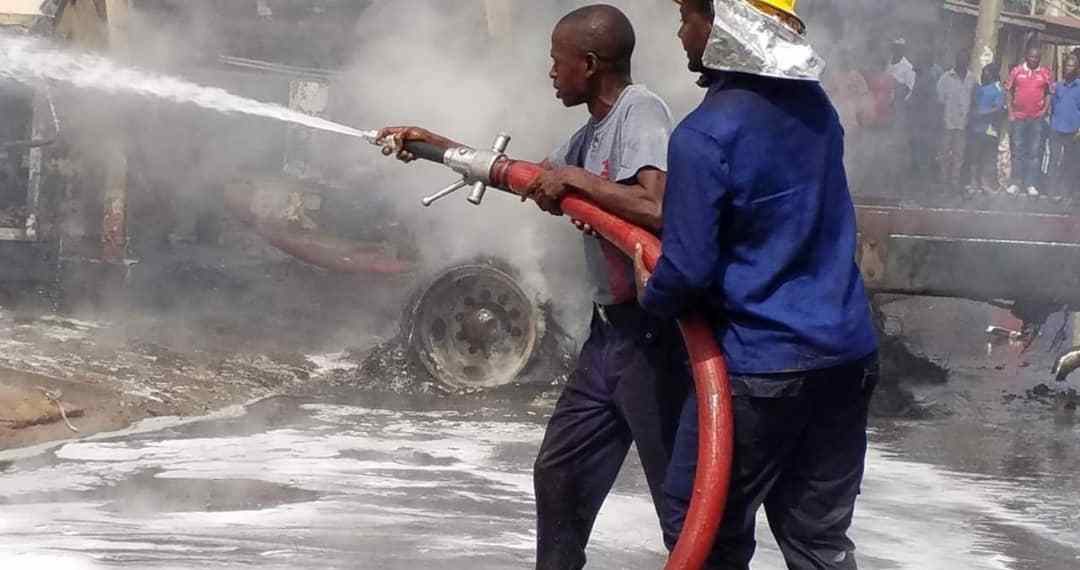 A fire outbreak which occurred on Monday around Mile 50 Layout, Abakaliki, destroyed property worth millions of naira.

A residential building and more than seven shops were gutted in the incident.

Yakubu Zekeri, Assistant Superintendent of Fire in the Command, told News Agency of Nigeria (NAN) that no life was lost and no one was injured.

He pointed out that the quick drafting of firemen to the scene curtailed the spread of the fire.

Mr Zekeri, who led the fire fighters to the scene, said property worth millions of naira were damaged.

For now, we can’t really ascertain the cause of the fire but one of the tenants has told us that it was caused by electrical spark. We are still on a damping down and when we are done with it we will know the actual cause of the fire.

Mr Zekeri advised residents to cultivate the habit of switching off their electrical appliances when going out or going to bed.

This will help them to prevent the chances of fire outbreak should there be a power surge in their homes.

Mr Zekeri reminded residents that the country was in the harmattan season, a period that is susceptible to fire outbreaks because of its dry nature.

This is dry season and critical period for fire outbreak. I urge the residents to always call on fire fighters whenever there is any sign of fire. Do not wait for it to get worse before calling us.

One of the victims of the fire incident, a police officer, Calistus Akogu, said he lost all his documents and other valuables to the fire.

I was in the office when my wife called me about the fire, but before I could get home, all my property had already been damaged. All I have now apart from my children and wife is the cloth on me. I have lost every other thing.