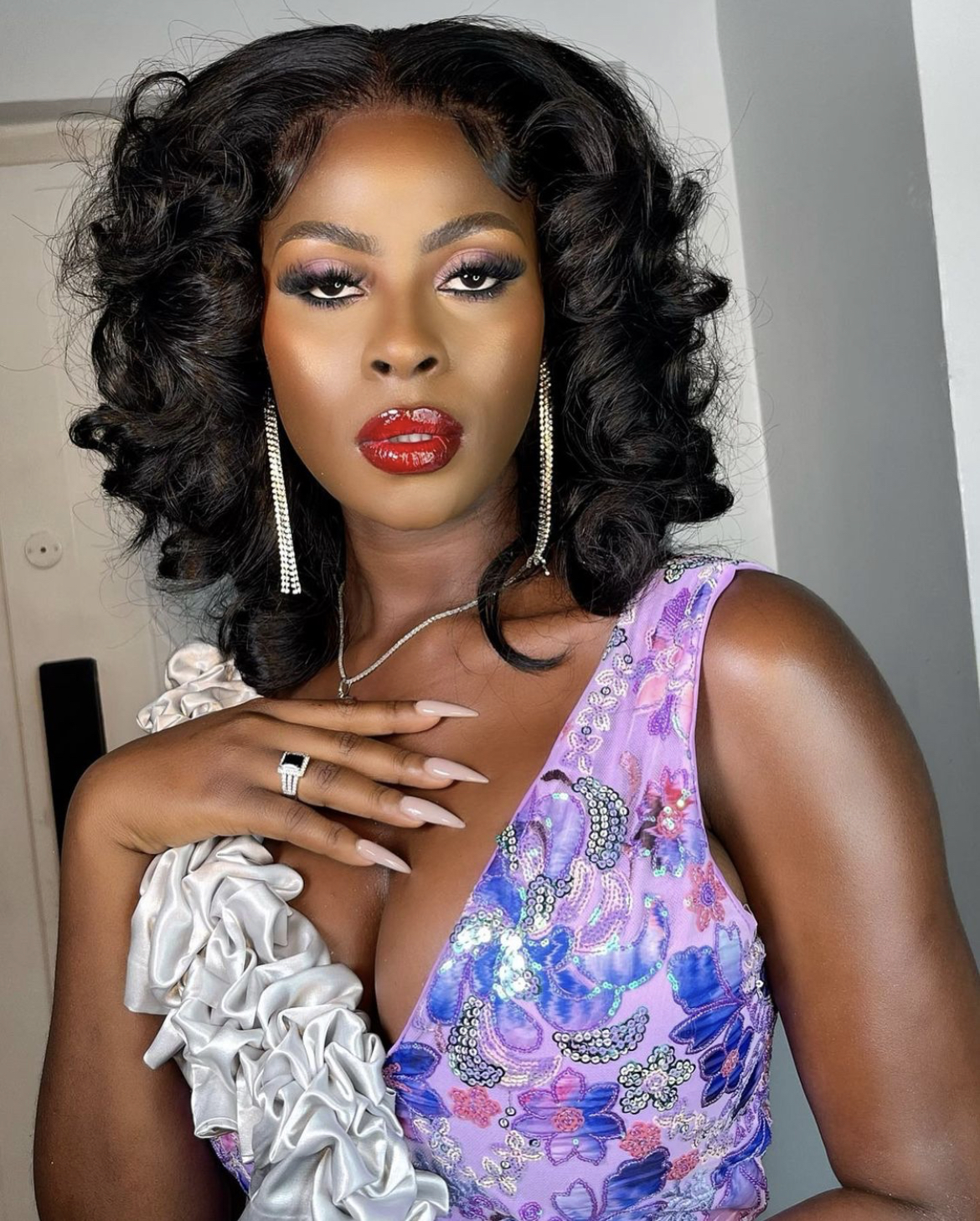 The former BBNaija housemate made this known via her Instagram page on Sunday, December 5, 2021.

@ndlea_nigeria I’m still waiting on you about” LS Shonibare “ one of your workers at MMIA who harass me, seized my phones and passport, made me bleed by breaking my nails, called me a bastard and make me miss my flight.

I wrote a statement yesterday at the airport and I’m still waiting for what’s next ? or I start posting videos of our you guys harass people .🙁 For what exactly ????? I guess the force uniform is too heavy for some people or what ????

She then shared a video of her broken nails and when a female NDLEA officer tried to forcefully take her phone from her while recording the incident.

In a swift response, the agency denied attacking the reality TV star.

According to a statement released by the agency, Khloe was rude to one of its personnel which gave the officers reasons to be suspicious.

It said investigations are on to find out what transpired between the officer and the reality TV star.

Responding to her allegations Director, Media & Advocacy of the agency, Femi Babafemi, in a statement said;

Preliminary findings showed that none of its officers assaulted an Air peace airline passenger, Ms. Abiri Oluwabusayo Khloe, at the departure gate of the Murtala Muhammed International Airport, Ikeja Lagos in the early hours of today, Sunday 5th December.

The passenger had in social media publications alleged a female NDLEA officer harassed and assaulted her. While further investigation of the allegation is ongoing, the following facts have so far been established: At about 12:20am on Sunday 5th Dec, during an outward clearance of passengers going to South Africa by Air peace, a female passenger, Ms. Abiri Oluwabusayo was asked to submit her luggage for a search, which is a regular procedure.

In the course of searching her luggage, which contains about 8 handbags, Ms. Abiri who obviously came late for the flight as shown on CCTV footage became agitated and hurled a number of unprintable insults at the female officer searching her luggage. This attitude is naturally a red flag that would raise suspicion and equally taken as an attempt to distract the officer.

The aggrieved passenger and the public are assured that the NDLEA is a law enforcement agency that upholds discipline among its officers and men, and as such will take further steps to investigate any other evidence made available in the course of the ongoing process.