Big Brother Naija Shine Ya Eye winner, Hazel Oyeze, popularly known as Whitemoney, has been made an honorary member of Liberia Senate.

The new senator took to his official Facebook page to announce the good news as he also shared the video of his conferment. 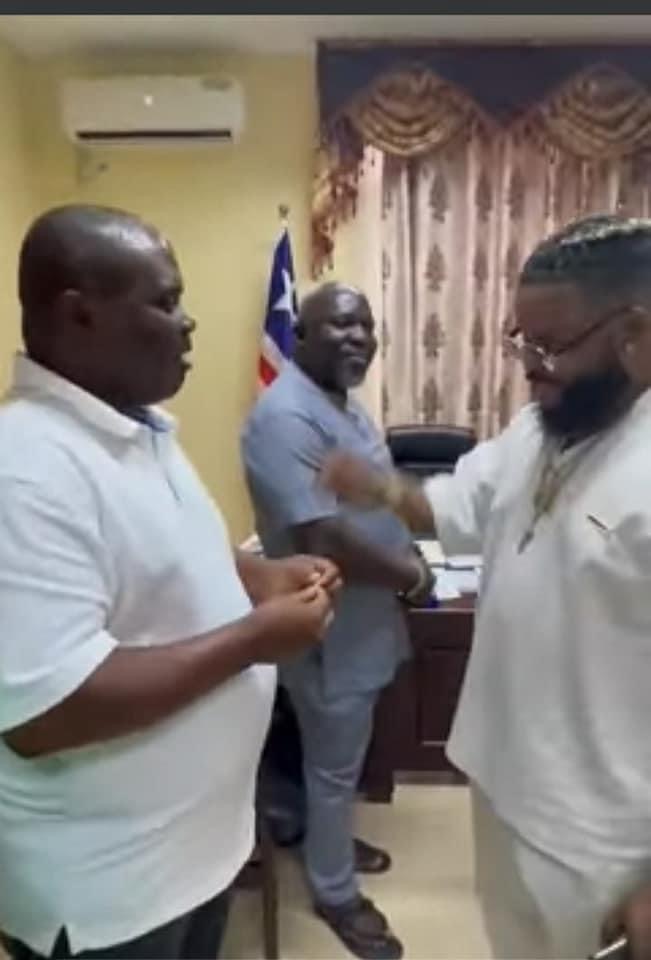 The reality TV star was also assigned an official government vehicle (a land cruiser) as part of his appointment benefits with a Liberian legislature plate number.

One Might Wonder, ‘What type of grace is this?’ Having a great time in Liberia as we keep turning up. I have been made an Honorary Member of the Liberian Senate and also assigned an official government vehicle immediately. 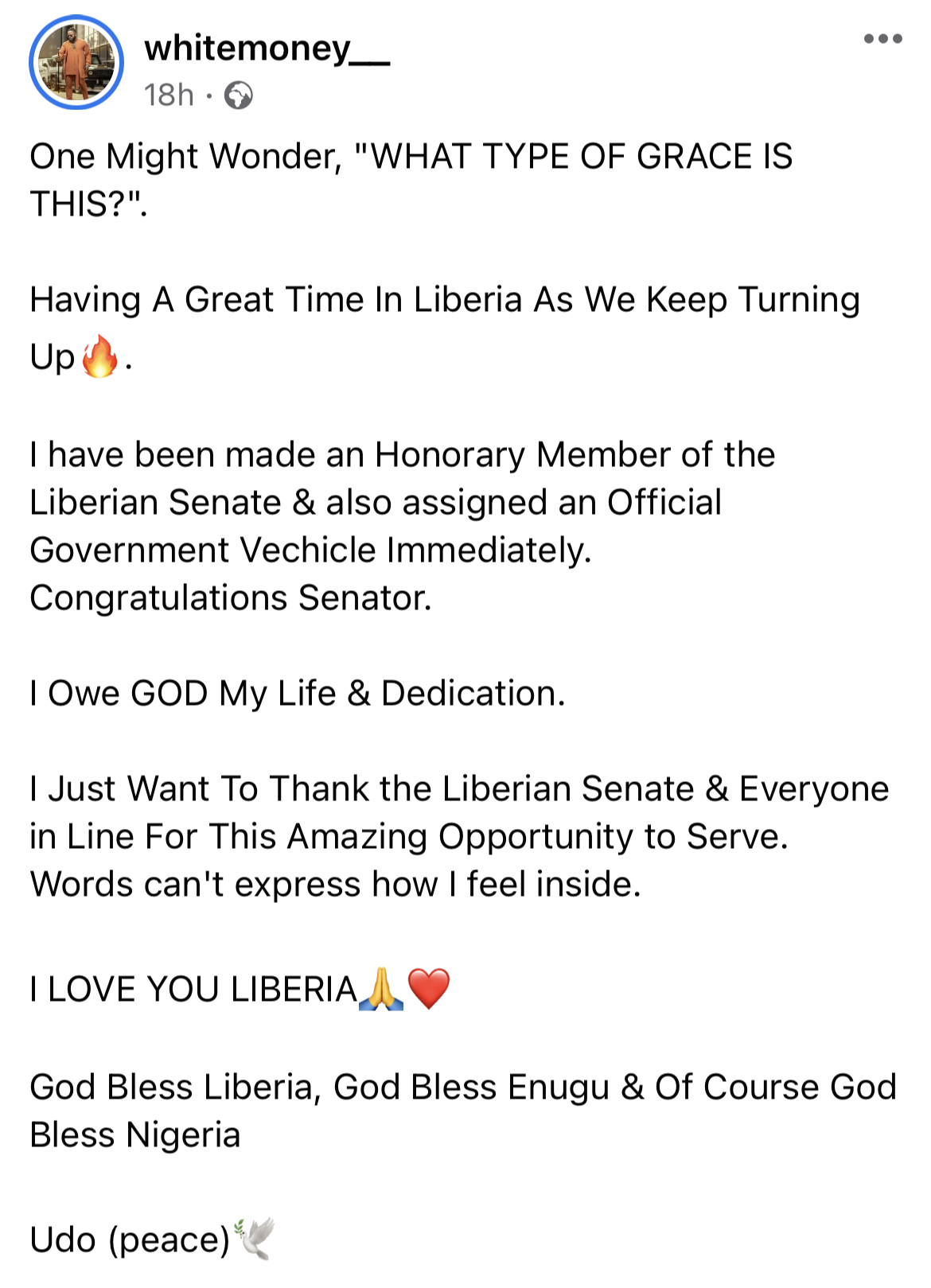 I owe GOD my life and dedication. I just want to thank the Liberian Senate and Everyone in line for this amazing opportunity to serve. Words can’t express how I feel inside.

Watch some videos of Whitemoney below;

Big Brother Naija winner, Whitemoney was made an honorary member of the Liberian Senate during his visit to the West African country.

He was also assigned an official government car after. Congratulations WM pic.twitter.com/qpUsvE72wo