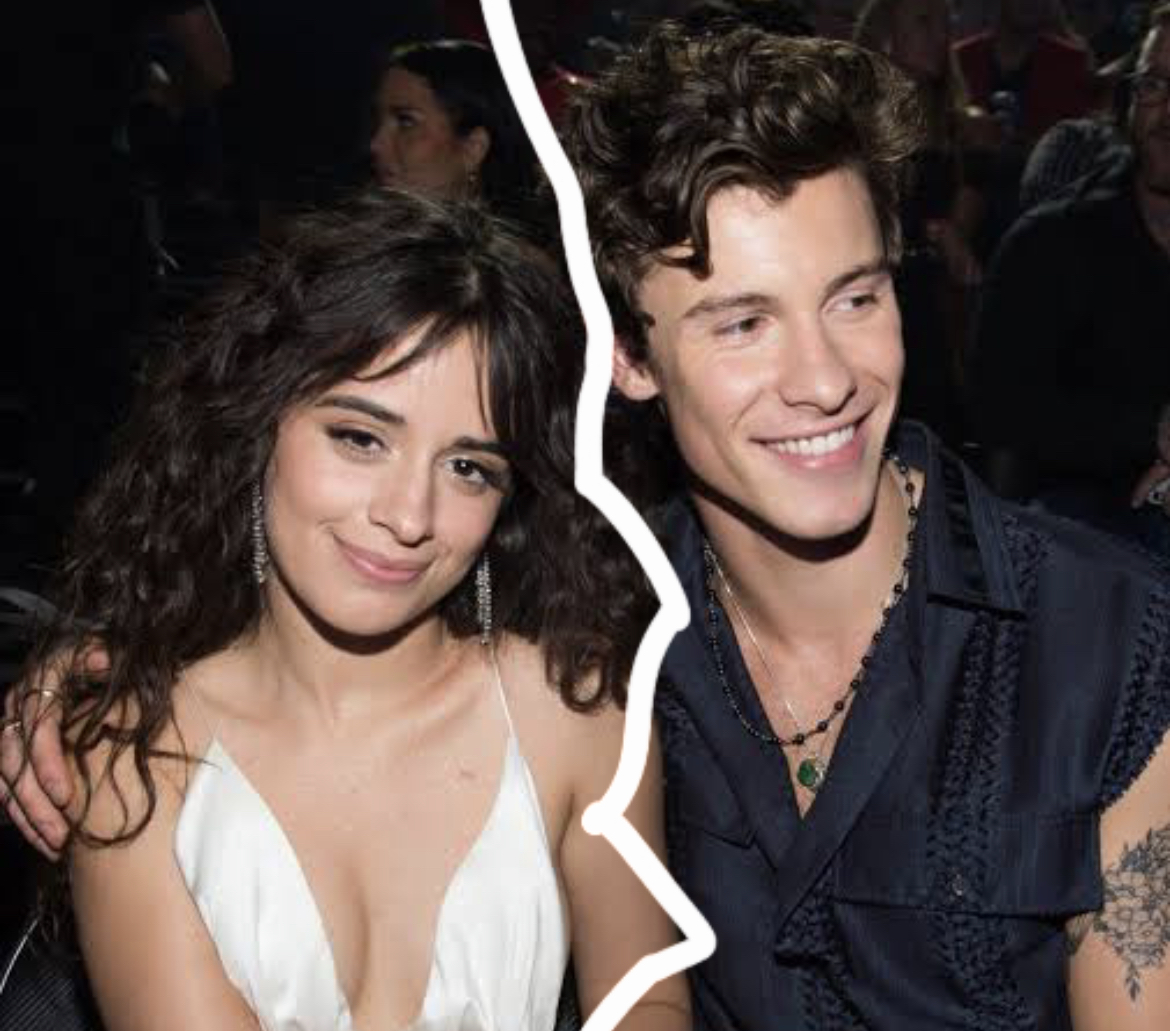 Celebrity couple Camila Cabello and Shawn Mendes have officially announced their breakup, promising that they will “continue to be best friends.”

In a shared matching statement, the pair announced the news of their breakup on Wednesday, November 17, signed “Camila and Shawn” on their respective Instagram Stories.

Hey guys, we’ve decided to end our romantic relationship, but our love for one another as humans is stronger than ever. We started our relationship as best friends and will continue to be best friends. We so appreciate your support from the beginning and moving forward. 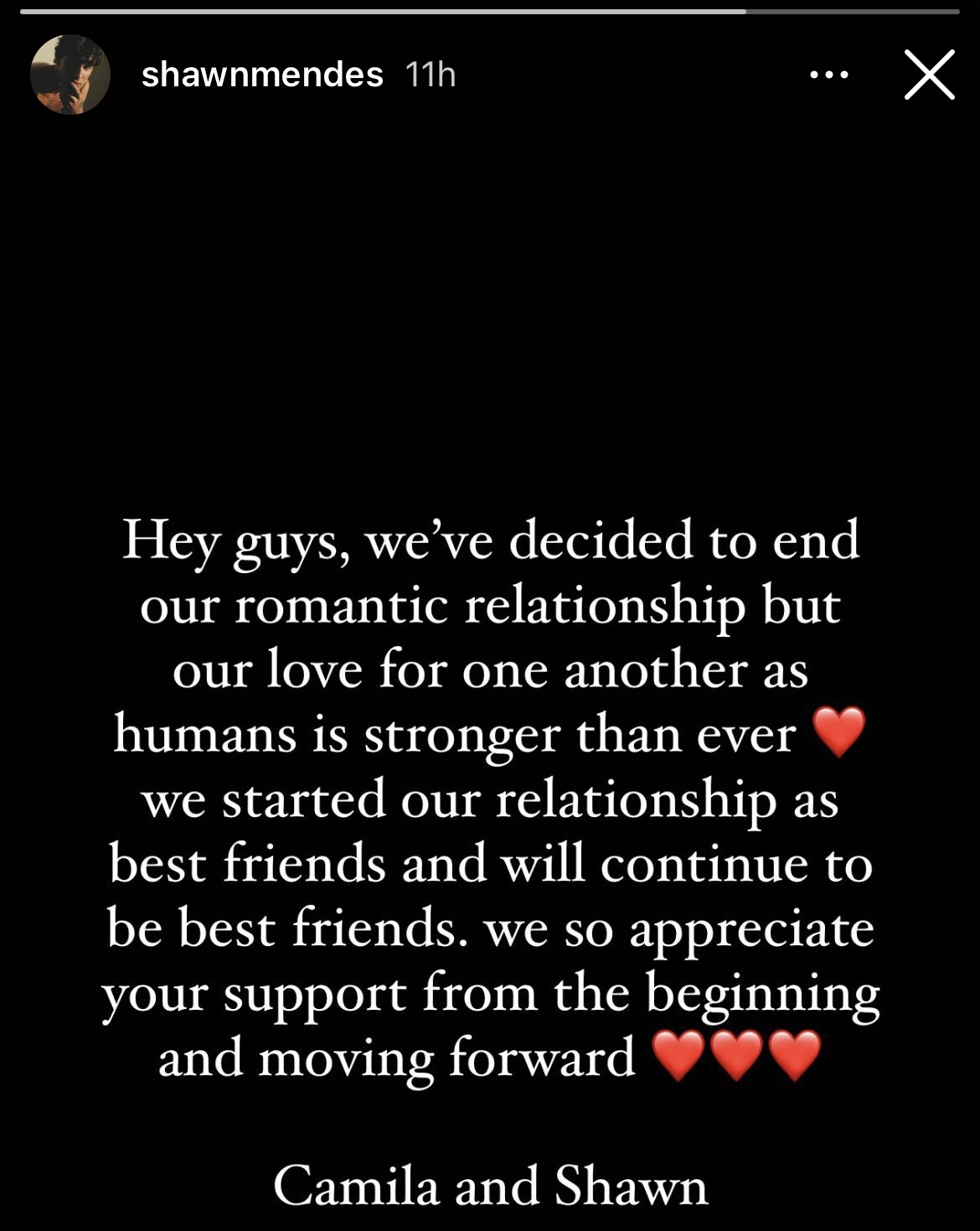 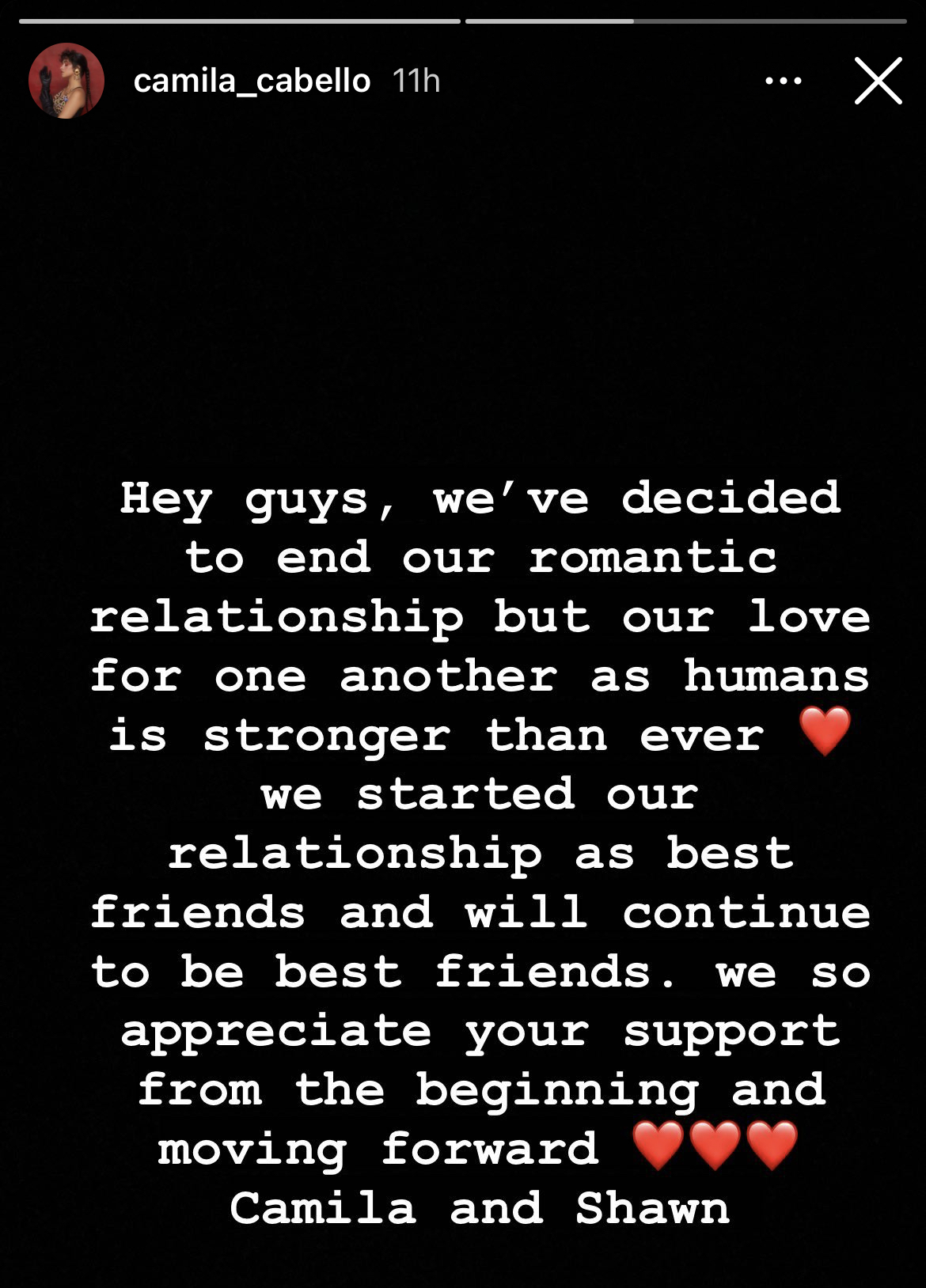 The announcement comes as a shock to many as the “Señorita” collaborators were recently snapped, engaging in some good old-fashioned Miami Beach Public Display of Affection, looking every inch the couple. Miami had been the pair’s favourite getaway spot, and they were also seen there in June.

Cabello recently shut down engagement rumours after being seen with a ring on her left hand on social media.

“I swear to God, I don’t know what hand the engagement ring goes on, so sometimes I’ll just, like, put it on ring finger,” she told Jimmy Fallon in August.

However, their two-year relationship has seen a lot of breakup rumours. In fact, a little over a year ago, Cabello shut down the chatter by taking to Instagram to praise Mendes, 23, for his artistic vision.

The duo met in 2014 when Mendes and Cabello’s then-group Fifth Harmony both opened for Austin Mahone on tour, started dating in July 2019.

It won an American Music Award for collaboration of the year and received a Grammy nomination for best pop duo/group performance.

Like Davido, PSquare Asks Fans To Donate As They Celebrate 40th Birthday (Video)