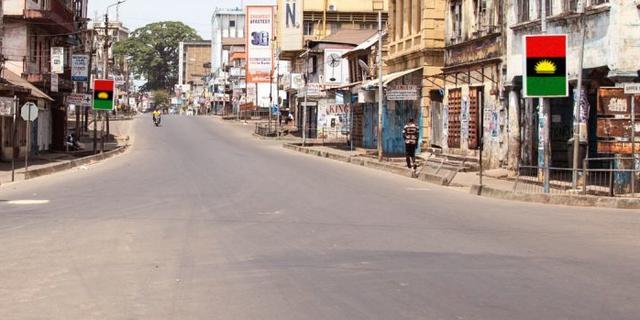 Mr C. Don Adinuba, Anambra Commissioner for Information and Public Enlightenment, has informed all public service workers in the state that Monday is no more a work-free day in the state, effective from Nov. 22.

Adinuba said that Anambra Government wishes to remind all individuals and organisations in the state that work has resumed in earnest in Anambra.

He made this known in a press statement made available to News Agency of Nigeria (NAN) on Sunday in Awka.

This reminder became imperative in view of the tendency of some people to observe in the last few months every Monday as a work-free day.

Work free day was being observed in the state in compliance with the directive by some non-state actors in an effort to press the Federal Government to free the leader of the Indigenous People of Biafra (IPOB), Mazi Nnamdi Kanu.vKanu is standing trial for some charges in Abuja, brought by the federal administration.

The IPOB leadership has suspended the directive requiring people to stay at home every Monday which it said would start from Monday, Sept.15, throughout the Southeast geopolitical zone.

The IPOB leadership has in the last few days reiterated the suspension, warning that any person who still tries to enforce the earlier decision is on his or her own and will, therefore, be dealt with accordingly.

The IPOB leadership has kept every pledge it has made, including rescinding its decision to thwart the November 6 gubernatorial election in Anambra State.

In fact, far from disrupting the election, IPOB encouraged the people of Anambra State to come out in their numbers and exercise their democratic right on Nov. 6. The election is now recognised as easily the most peaceful and the fairest election since the state was created in 1991.

Adinuba said a group of Igbo leaders, including worthy sons of Anambra, met with President Muhammadu Buhari, in Abuja, on Friday, Nov. 19, to plead that Kanu be released and the issues around his arrest and trial resolved in a political way.

The commissioner noted that in view of all efforts being made by elders of the zone to secure Kanu’s release, people of Anambra are enjoined to go about their normal business every Monday.

He urged the public not to entertain any fear of disruption of their work or any kind of harassment from any quarters from Monday, Nov. 22.

Adinuba said that the month of December is almost here and it is the month mankind marks the birth of Jesus Christ, defined by peace, unity, love, solidarity and merrymaking.